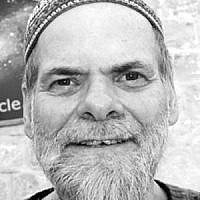 The Blogs
David Eli
Apply for a Blog
Advertisement
Please note that the posts on The Blogs are contributed by third parties. The opinions, facts and any media content in them are presented solely by the authors, and neither The Times of Israel nor its partners assume any responsibility for them. Please contact us in case of abuse. In case of abuse,
Report this post.

There is hideous killing going on in Syria and Iraq and many other places in our world that have degenerated into catastrophes.  The hatred and killing and violence must stop.  Towards that goal I offer 10 Points for Peace and Covenant of Peace.

Stopping murder and war requires stopping blaming and stopping hatred.  It means we have to be brave about our pain instead of cruelly taking it out on others in the form of grotesque murder and war and executions.  Let’s not blame – If we have been hurt or violated by another then we should say so and we should demand justice in the form of monetary compensation, credit, etcetera, but not blame someone with the attitude that it’s all his or her fault or that he or she is a terrible person.  We need more justice and less judgment.  We need to be more kind to each other, to give each other more love.

we are many we are one

About the Author
David Eli Barchas, a native of Los Angeles, graduated from Antioch College in Ohio in 1969. He has lectured part time in communication at Queens College of the City University of New York. He first came to Israel in 1971 and made Aliyah in 1979. David Eli was the first person to be arrested for disrupting the US Congress in protest of the Vietnam War when he shouted "Stop the War!" in the Senate gallery in 1971. He has worked for and written about peace extensively. His writing and music about peace can be accessed at his website peacecircle.org.
Related Topics
Related Posts
Comments