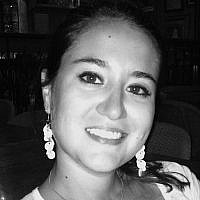 More and more articles, including some of mine, have been accusing those who demonstrate in the streets of Paris, Berlin, London to only come to action when Israel is involved. Myself and many others have heard as a response either that Israel is breaking International Humanitarian Law in an extraordinary fashion, or that Israel has been denying basic human rights to the citizens of Gaza for many years.

These assumptions are subject of debate, since the special care the IDF takes to minimize civilian casualties is proven on a daily basis, and that Gazans have been suffering of limitations to their human rights mainly as a result of the Hamas rule in the Strip. This discussion can be the subject of an entire book, which with your permission I will leave for another time. Right now, let us focus on the other reasons that sincerly caring human rights defenders should, or at least could care about this very week.

1. On Thursday the 24th of July, serious concerns were expressed by a UN humanitarian coordinator in Iraq over the decision of the Isis terrorist group, which is currently particularly active in Iraq and in Syria, to force female genital mutilation over all women and girls living in the city of Mosul. According to the coordinator, Isis would have declared that that “all female children and women up to the age of 49 must be circumcised“. Would this “fatwa“ be enlarged beyond Mosul, the correspondant estimates it could affect around 4 million girls and women.

This declaration may be the most horrifying news of the week. Despite the potential doubts on the subject, a rise of crying and anger should have been triggered on the very Thursday on which this information was shared. Three days later, the women of Mosul are still waiting for you to fight for them.

2. Between Saturday the 26th and Sunday the 27th of July, reports kept spreading about the activities of Isis in Mosul again, forcing all Christians to either convert to Islam, leave the country or die (in their words : “have nothing but the sword“). After being robbed of all their belongings and having their homes marked as Christians, most of the victims fled wherever they could find refuge.

Reminding you of the Inquisition ? The Second World War ? Indeed. Here we are, witnessing yet again that humanity never really learns the lessons from the past. So, where are you, freedom fighter ?

3. Earlier this month, 200 people died in a single day, in a massacre organized by the rebels in Syria. It is considered to be the bloodiest incident since the beginning of the unrest in March 2011. Tens of thousands have been reported (and confirmed) dead since the beginning of the civil war, and two weeks ago we reached what has been called the “deadliest week“ of the conflict.

We are already used to not seeing you budge so much at the massacres in Syria. It is very surprising though that even on the deadliest week of the over three-years long unrest, you, dear human rights fighter, still seem painfully quiet.

4. The “Trojan Horse“ plan came under the spotlight this week. Taking place in Birmingham, UK, the plan that has been uncovered and is under investigation would have been organized by schoolteachers, determined to smoothly change the education system in England to lead it to an extremist islamic education.

Does it sound like a conspiracy ? Indeed… But would it be true, doesn’t it deserve your anger ? or at least, your attention ?

5. Fighting continues in Ukraine, where rebels and the military keep firing in civilian areas. Latest news : in a city thirty miles from Donetsk, residents report that due to the fightings and the unrest, parts of the city are deprived of water and electricity, staples are missing and they have no other choice but to flee.

When the unrest rose in Ukraine in February of this year, you were heard caring and sharing information on social channels. You were debating, you were upset. Your level though was far from reaching your anger at the situation in Gaza today, and as the unrest in Ukraine continues, you are nowhere to be found.

6. Earlier this week, during a humanitarian ceasefire between the Hamas and Israel (which, of course, the Hamas didn’t respect, again), Hamas took the time to do one of its favorite activities : publicly hang suspected traitors. Around 30 Palestinians were killed by the Hamas, who believed they were israeli collaborators, since they possessed phones connected to the israeli phone services and had a “suspect behavior“.

Not feeling any anger about this? Care to explain why?

7. In Venezuela, where tensions were quite followed during the student demonstrations earlier this year, in case you didn’t notice, things aren’t going any better. The opposition leader Leopoldo Lopez has been in prison without proper judgement for over five months, the insecurity which already reached historical levels before the latest unrests has managed to become even worse with a crime rate growing exponentially. The students’ struggle, which still hasn’t been met with a solution, is still ongoing as Venezuelans fight over a lack of basic staples such as milk, sugar, meat and toilet paper.

Today more than ever, the Venezuelan youth, filled with the hope to have prospects for the future, needs you to scream and protest for it. They need you to awake your government to get involved, put an end to the corruption in the Venezuelan highest political echelons (see an example here), and bring democracy to the country. When do you plan to step up?

8. Continuing the ever expanding limitation of women’s rights in Turkey and the slow growth of islamic rule in the country, here is the latest in date : in the aim of ensuring chastity during the Eid al-Fitr (the celebration marking the end of the Ramadan), the deputy Prime Minister of Turkey declared that women should not laugh out loud in public. The point : not seduce men during this important period of the year.

As the islamic rule keeps developing in Turkey, a country that used to be one of the most inviting and welcoming muslim countries in the world, let me ask you : would you mind saying anything ? or do you prefer to watch as it happens and feel sorry once there is nothing left to save ?

9. Continuing the trend of school shootings and violence in the United States, it is in Japan that the unbelievable happened this week. A 15-year-old Japanese schoolgirl decapitated her classmate, wanting to dissect sombody. With a speech that makes you feel you are watching yet another horror movie with psychopaths living unaware of their madness, this tragedy just adds to the youth violence that we have seen growing across the world in the last decade.

How many young psychopaths do we need before you decide to start investing your time and energy in improving the educational system and the society values in order to start and actively fight against this walking disaster was are slowly and silently witnessing ?

10. Finally, here is a last reason for you to protest this week : while the international community provides over seven hundred  million dollars of humanitarian aid to the Palestinian people every year, it turns out that the governing authority of the Gaza Strip (the Hamas terrorist organization), has been using this precious help to build terror tunnels rather than civilian infrastructure for years. To put things in perspective : with the money and materials used to build the thirty tunnels discovered so far by the IDF, the Hamas could have built 86 homes, 7 mosques, 6 schools or 19 medical clinics that would have served for civilian purposes in the Gaza Strip.

Whenever you feel like demonstrating for something other than the victory of a terrorist organization fighting a war against the only democracy of the Middle East, feel free to take the streets.