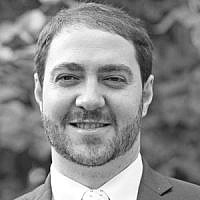 The Blogs
Alon Meltzer
Apply for a Blog
Advertisement
Please note that the posts on The Blogs are contributed by third parties. The opinions, facts and any media content in them are presented solely by the authors, and neither The Times of Israel nor its partners assume any responsibility for them. Please contact us in case of abuse. In case of abuse,
Report this post.

I have recently returned back to Australia from a tour of Germany with the Visitors Programme of the German Federal Government themed “Jewish Life in Germany”, and the Nahum Goldman Fellowship in Israel. It was three weeks that changed outlook on life in so many different ways, but it caused one major question to arise. What if Israel had been around 10 years earlier?

What if Shimon Perez was never able to famously say “what if we weren’t 10 years late?”

As I awaited my departure to Germany back in early June, I was overwhelmed with excited anticipation, yet as the date neared, trepidation set in. What will I feel like when a group of Jews from around the world walk past the Wannsee Vila, the place where the fate of millions of Jews was signed, sealed, and destroyed, or when we board a train from Berlin to Frankfurt, or when we step over the thousands of stolperstein (literally stumbling blocks) which memorialize the former houses of Jews and their families?

As the trepidation set in, I received a parcel in the mail; The Ambassador by the late Yehuda Avner and Matt Rees, a new release from Toby Press. And so on those final weeks, I began to read a tale where the State of Israel wasn’t 10 years too late.

Avner and Rees weave together a gripping plot that takes the reader from the sandy Negev desert and cobble stoned streets of glistening Jerusalem stone as a fledgling state is borne, and drags us to the dark gates of hell, at the beginning of World War Two and the world’s darkest hour, in the heart of Nazi Germany, Berlin.

Following the Ambassador to Germany, Dan Lavi and his wife Anna Lavi, alongside a cast of characters from Mossad, the SS, aristocratic Germany and Jewish families from numerous walks of life, the reader is immersed in the daily life of saving Jews and building the State of Israel; a dream unfortunately few and far between were able to experience in real life.

To read of the SS jail cells, their icy grey bricks for walls and steel bars for doors, and then to see the remainder of the cells just weeks later was a stark reminder of how different things could have been. To recently hear of the ‘tourist showers’ at Auschwitz and to read the final scenes of Avner’s work (don’t worry I won’t spoil it) sends chills down my spine.

Avner was able to create a work that re imagines history in a way that pushes anyone who has a desire to fight for the sake of humanity, to just get up and do something. Change can be made, it can take one person, it can take a country, but most importantly it can be done. The Ambassador is a call to all of us to act – to look forward into the future, and ensure that we don’t sit idly when travesty occurs – we must throw all our weight behind efforts to save lives and their stories.

More information about The Ambassador can be found here http://korenpub.com/toby/intusd/the-ambassador.html

About the Author
Rabbi, community developer, father; living life and shaking it up!! Originally from New Zealand, lived in the Big Apple, short stint in Canberra and now residing in Sydney. Alon is the Rabbi of Or Chadash Synagogue and the Director of Programs at Shalom, as well as a doctoral student at LaTrobe University. He writes on the daily study of Daf Yomi on Instagram @insta_talmud Website: www.rabbimeltzer@gmai.com
Comments