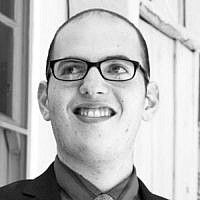 The Blogs
Zacharya Cutler
Dreamer and hi-tech entrepreneur living in the holy land
Apply for a Blog
Please note that the posts on The Blogs are contributed by third parties. The opinions, facts and any media content in them are presented solely by the authors, and neither The Times of Israel nor its partners assume any responsibility for them. Please contact us in case of abuse. In case of abuse,
Report this post. 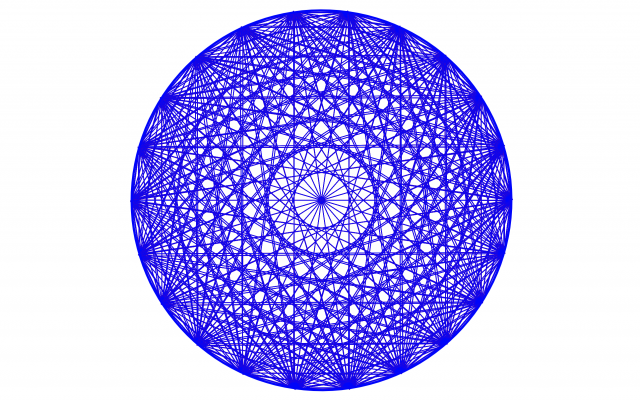 Newton was fascinated by the Jewish Temple in Jerusalem and the intersection of theology and science. Rabbi Isaac Luria, known as the Holy Ari, is considered the most influential Kabbalist in history. Numbers are at the center of his work. Many of the great mystics were arithmeticians.

The link between spirituality and science, meditation and math, apriority and algebra – is undeniable. The mysteries of the world and the Divine are intertwined in the elegance of numbers. In Hebrew, the root word for number also means story, and Divine emanation. The digits we use every day help unfold the story of life.  Numbers themselves, some believe, are at the very core of G-d’s expression.

Sefer Yetzirah – or the Book of Creation, the first known book of Jewish mysticism, is a treatise on math. As a spiritual seeker and lover of math and numbers, this book greatly interests me. Several months ago, I decided to pour over the pages of the ancient Kabbalistic work.

What interested me most was Chapter 2, Verse 4: Twenty-Two Letters are the Foundation: He set them in a cycle like a kind of wall with two hundred and thirty-one gates.

I like to find patterns in numbers, and so I tried to find a connection between the numbers 22 and 231. I realized that 21+20 +19+…+1  = 231. Having explored number theory in the past, I had the idea to plot 22 equidistant points along the circumference of a circle (by dividing 360° by 22, and plotting each point 16.36° from the next). Then I connected the first point to eat other point, which created 21 lines: 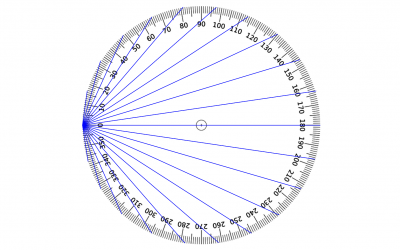 I then connected the second point each other point (20 new lines), and the third (19 new lines). The figure then looked like this: 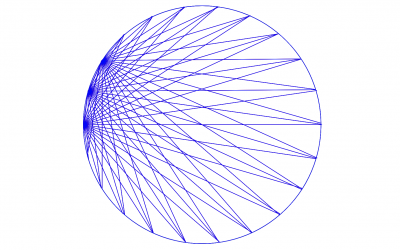 I continued to connect the remaining points to each other point.

6 points connected to all the others… 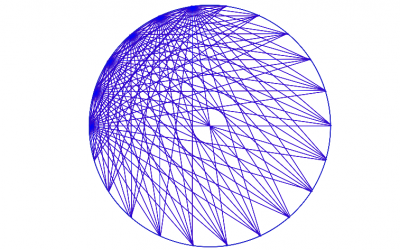 12 points connected to all the others… 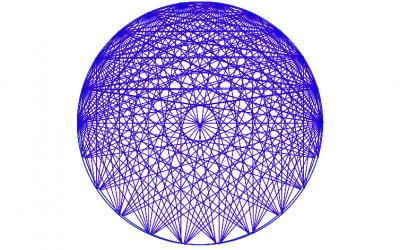 18 points connected to all the others… 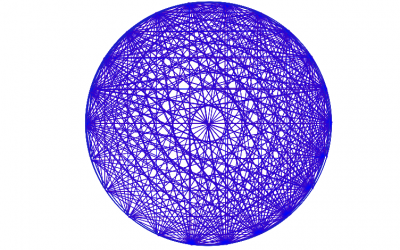 As I got close to completing the figure, I was overcome with awe and anxiety. I felt as if I was exploring powerful territory and didn’t know if I should continue and complete the figure. After a couple weeks of contemplation, I began to research whether this figure has been created before. I googled “231 gates” and saw that this figure had been created before. So I continued, and after connecting the last remaining points, I arrived to 231 lines and this immensely beautiful figure: 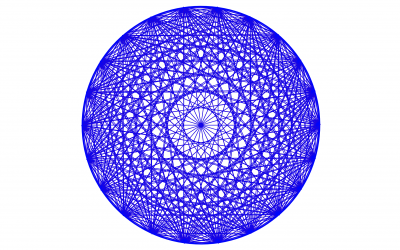 Most startlingly, I began to notice the concentric circles that these lines created on their own – it appears there are 10 of these circles. I became fascinated that the 10 concentric circles may be symbolizing the 10 sefirot, or emanations, in Kabbalah.

The figure in scientific terms is an 11-cube, which is an 11-dimensional hypercube. This glorious figure has 2048 vertices and represents what a polytope would look like in the 11th dimension.

Jewish mystics teach that there is a concept of “folding” after the “contraction” in which the Creator formed the Universe. Contraction, also known as zimzum in Kabbalah, is described in terms of “circle and line”. I believe the “folding” is the process of the two-dimensional figure of circle and lines above expanding into its full 11-dimensional form, an 11-cube.

The extraordinary 11-cube is complex and brilliant beyond all imagination. I believe it’s secrets pervade our existence. Perhaps, its composition is the base structure of matter. I may never understand the full meaning of the figure. But what I do know is that it is profound –  in its beauty, in its completeness, in its mystery.

May the Creator shine light on every point, across all lines and upon every surface.

About the Author
Zacharya Cutler is an Israeli-American serial entrepreneur. His writings on Israel and technology have been published in TIME, Entrepreneur Magazine, Huffington Post, Fox News and other publications.
Comments