In this age of globalization, it can be difficult to feel connected to others on a personal level. Everyone else is merely another face on the computer screen; the differences are noticed much sooner than the similarities. Differences such as nationality, religious belief and age can be deal-breakers in the formation of a new relationship.

But Dirshu does not see these differences. Dirshu provides a Jewish education to all who might want it, regardless of location, background or experience. Through a set process of rigorous education and uniform tests, Dirshu connects individuals to their Jewish heritage and to each other, forming a community of Jewish learning.

It is for these reasons that Rabbi Jonathan Sigal, who, though raised in America, now lives and leads in Amsterdam, is a proud participant in the Dirshu program. Rabbi Sigal has led various study groups, praising the organization for bringing Jewish learning to people from all walks of life, who have varied religious backgrounds, education levels and socioeconomic conditions. Rabbi Sigal takes special pride in teaching one gentleman who was formerly a member of the Royal Netherlands Navy.

With Dirshu, it is never too late to connect to your Jewish roots and to increase your knowledge. And clearly many people beyond Rabbi Sigal have recognized that. This past weekend, Dirshu hosted a large crowd at a siyum in Antwerp, Belgium, on July 2. In the Jewish tradition, when one completes a unit of Jewish study, one holds a siyum, a celebration of that completion and a promise of future study.

This most recent siyum was much larger than anticipated, drawing 1,500 European Jews together to celebrate their Jewish educations, from countries such as Belgium, England, France, the Netherlands and many more.

It is quite fitting that Dirshu would be able to hold such a large siyum; after all, Dirshu is arguably the largest Torah organization in the world. Dirshu’s goal is to spread Jewish light and knowledge across the world. Like a phoenix rising from the ashes, Dirshu was born from the dearth of Jewish learning and Jewish learning centers that Europe saw following the Holocaust. During the one of the darkest times in Jewish history, the Nazis attempted to extinguish the Jewish light, yet — not entirely unlike the popular Hanukkah story — the Jews kept a small flame glowing and have been working steadily for the past 70 years to feed it.

Thanks to Dirshu’s dedication to the continuance of Jewish tradition and knowledge, Jews across the world are now able to learn Jewish law in a new and comprehensive way. Many of these Jews are the first in their families in generations to do so, with their parents and grandparents lacking access to a Jewish education or even being oppressed for practicing their religion.

In light of such past troubles and dangers, the July 2nd siyum was even more of a miracle. Seventy years ago, Hitler and the Nazis strove to rend the fabric of Jewish tradition and to eradicate this proud and storied people; yet, less than a century later, the Jewish community is bounding forward through education and togetherness, ensuring a future for their traditions, beliefs and children.

The Jewish community that gathered in Belgium was a diverse mix of Jewish backgrounds  — some were rabbis, some students and some Belgium leaders from the community at-large. And yet they all came together, uniting in their dedication to preserving Judaism through knowledge.

According to Rabbi Sigal, Amsterdam’s Jews might not be able to access such a high level of Jewish learning without Dirshu’s intervention. Dirshu’s commitment has led to a revival of Jewish learning in Europe. Where once it seemed darkness would expand over a millennia-old religious history, light was instead bloomed. Martin Luther King Jr. once said: “Darkness cannot drive out darkness; only light can do that. Hate cannot drive out hate; only love can do that.” 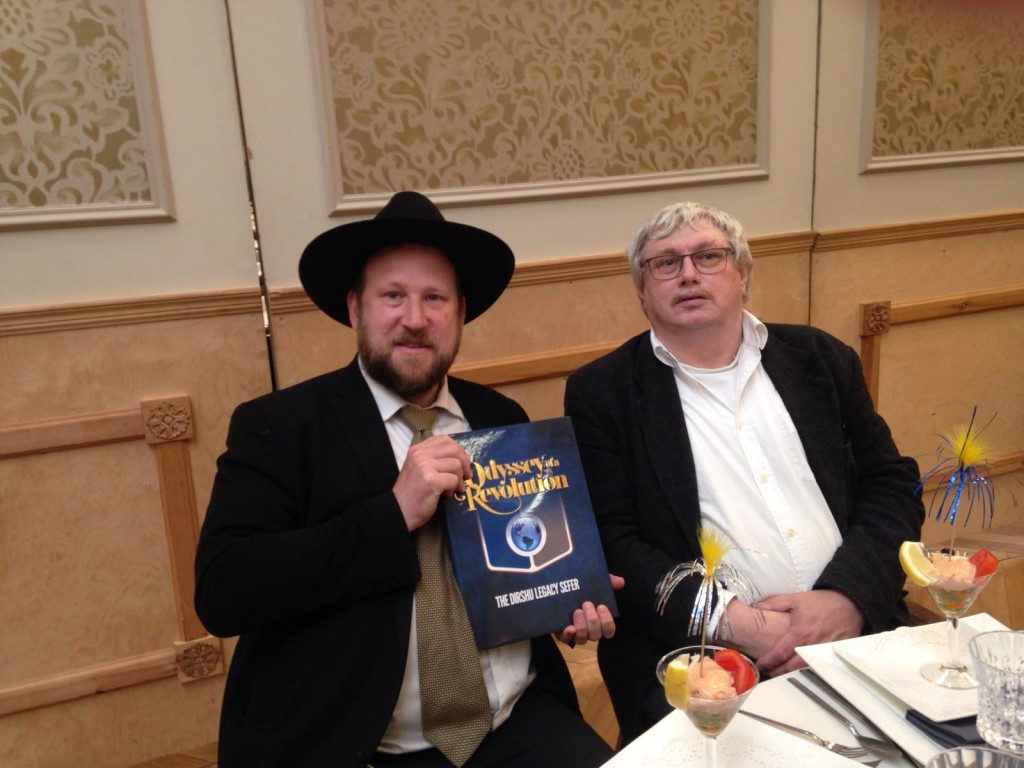 Pictured on the left is Rabbi Jonathan Sigal at the siyum in Antwerp. (Dirshu)
About the Author
Zachary Silver is a committed pro-Israel activist from West Hartford, Connecticut. A graduate of Brandeis University, Silver is the founder of Brandeis' Tamid Israel Investment club chapter. He is involved in various communal engagements seeking to promote the State of Israel.
Comments