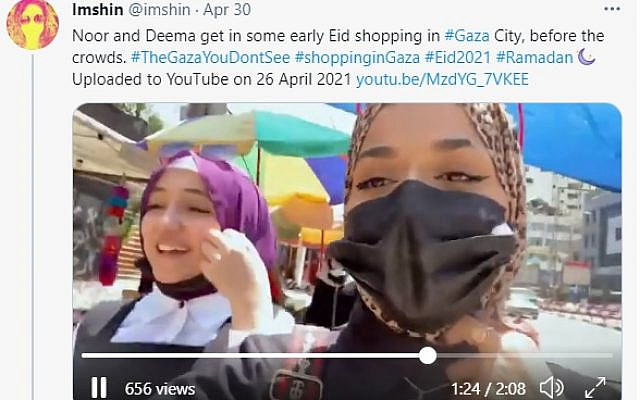 If you’re like me, social media has become an important source of news and analysis on Israel. Traditional news sites on the internet are great at long form news, but places like Twitter and Facebook (even Instagram) have become my go to sites for breaking news and fresh insight into events. The risk of reading fake information is real, so you must be sure the people and organizations you’re following are reputable.

I follow hundreds of Twitter accounts about Israel, and most are well known. There are 18 accounts I follow that aren’t as well known as the “big accounts.” I’ve found these Twitter accounts to be great at breaking news, highlighting important stories or offering insightful analysis on Israel. If you try to stay educated on Israel, I highly recommend following these 18 Twitter accounts. I’ve listed them in no order, all 18 are equally excellent.

@yishaifleisher
Yishai Fleisher is the International Spokesman for the Jewish Community of Hebron. In his tweets Yishai encourages courage, he gives people permission to not be slaves to political correctness and be proudly pro-Jewish nationalism and pro-Jewish rights in Judea – but with compassion and humor. He also tries to show people that you can have vociferous opinions and yet speak with civility. I enjoy Yishai’s fearlessness in stating his opinion and his consistency of thought. You’ll like his tweets because he gives an insight into the settler mindset the news is too hesitant to report.

@Israellycool
David Lange is a former oil industry and hi-tech professional. David is now a full-time Israel advocate and commentator. In his tweets, David tries to influence “beyond the choir.” I enjoy David’s tweets for his nuance, and you’ll enjoy his analysis and stringing together of events you might not have seen the connection between at first glance.

@DavidM_Friedman
Ambassador David Friedman is a former American bankruptcy lawyer and the former United States Ambassador to Israel under President Donald Trump. You’ll enjoy Ambassador Friedman’s take on the Biden administration’s foreign policy, especially as it relates to Israel and his juxtaposing current events with how the Trump administration approached them. His analysis is second to none.

@Ostrov_A
Arsen Ostrovsky is a leading human rights lawyer and CEO of The International Legal Forum. Arsen’s tweets evaluate international law claims about Israel in light of actual international law. He is one of the most prolific tweeters and if you follow him you won’t miss any important stories or events in Israel. You’ll also know the top 100 food items to eat in Israel.

@lahavharkov
Lahav Harkov is a journalist at The Jerusalem Post and speaks out against antisemitism. Lahav uses Twitter to share news about Israel’s international relations, politics and more. You’ll enjoy her cutting edge take on events in Israel. She also breaks news no one else would ever find out about; if you follow Lahav, you’ll always be in the know on Israel.

@havivrettiggur
Haviv Rettig Gur is an Israeli journalist who serves as the political correspondent and analyst for The Times of Israel. In my opinion there is no one more insightful than Haviv. His takes leave you wondering how he is able to see so far down the chess board and understand events in a manner you never saw them.

@gil_hoffman
Gil Hoffman is the Jerusalem Post chief political correspondent and analyst, and the only lecturer to have spoken about Israel in all 50 states. Gil’s tweets provide a behind the scenes look at the intrigue and humor in Israeli politics. You’ll enjoy following Gil’s tweets because in the constant Israel election cycle Gil always seems to have the behind the scenes inside scoop on the latest in coalition negotiations and who is slated to get which position in the government.

@AIPAC
The American Israel Public Affairs Committee’s mission is strengthen and expand the U.S.-Israel relationship in ways that enhance the security of the United States and Israel. Their tweets highlight congressional legislation dealing with Israel.

@sfrantzman
Seth Frantzman is a Middle East analyst and author. Seth tries influence people using threads and articles. I enjoy his insights on Turkey, Iraq and Iran. I am constantly amazed at Seth’s ability to demonstrate the hypocrisy of Israel’s worst critics and demonstrate their use of classic colonialism and privilege while they accuse Israel of the same.

@EylonALevy
Eylon Levy is a Hebrew-to-English non-fiction translator and former i24NEWS and IBA NEWS anchor. His tweets shine a light on the absurdities of Israel through snark and irreverent humor. There is no one who regularly tweets about Israel in as funny and insightful way as Eylon.

@FleurHassanN
Fleur Hassan Nahoum is the Deputy Mayor of Jerusalem, mother of four, Zionist, and a feminist. Fleur’s tweets bring the best of Jerusalem to the world. She uses Twitter to fight the antisemites and detractors of Israel. She is also one of the main activists strengthening the Gulf-Israel alliance created by the Abraham Accords. You should follow her tweets to get the inside scoop on Jerusalem AND Dubai – but especially to hear where the two are meeting. Fleur is Israel’s Foreign Minister without the title.

@khaledAbiToameh
Khaled Abu Toameh is an Israeli Arab journalist, lecturer and documentary filmmaker. Abu Toameh writes for The Jerusalem Post and for the New York-based Gatestone Institute, where he is a senior distinguished fellow. There are no Twitter accounts better at informing what is truly happening in the Palestinian Authority and the “Palestinian street.”

@rich_goldberg
Richard Goldberg is a senior advisor at Foundation of Defense of Democracies. Rich was the Director for Countering Iranian Weapons of Mass Destruction for the White House National Security Council. He previously served as chief of staff for Illinois Governor Bruce Rauner and deputy chief of staff and senior foreign policy adviser to former U.S. Senator Mark Kirk of Illinois in both the U.S. House and Senate. There is no one on Twitter that understands Iran better than Rich. If you want to understand what it is actually happening in negotiations on the Iran nuclear deal and the consequences of each pathway, follow Rich’s tweets.

@imshin
Imshin prefers to keep her identity anonymous. She is an amateur Gaza-watcher whose main claim to fame is appearing on a Hamas Twitter “hit list” because they don’t want you to see the wealth in Gaza. The Twitter account posts scenes from middle-class and wealthy Gaza that are never shown by mainstream media. If you want to see the true Gaza, follow this account.

@jtruzmah
Joe Truzman is a research analyst at FDD’s Long War Journal. Joe is focused on militant groups in Gaza and the rest of the Middle East. If you get confused by the plethora of groups in Gaza trying to kill Israelis, and don’t understand the difference between a Scud and Kassam rocket, follow Joe’s tweets; you’ll feel and sound like an expert in no time.

@barakravid
Barak Ravid is a diplomatic correspondent at Walla News. Barak is also a contributor at Axios & author of “Axios from Tel Aviv”. He has a stunning ability to break news no one else knows. You should follow his tweets to know the important news hours before it makes the headlines. 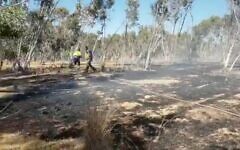