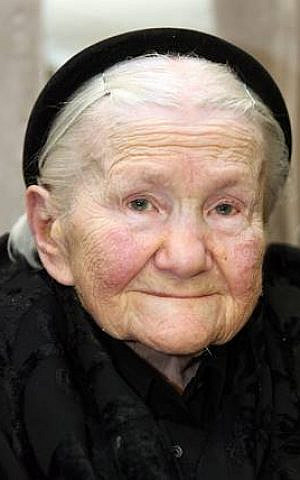 Irena Sendler was born in Otwock, near Warsaw, 111 years ago, on February 15, 1910, to Janina Karolina (née Grzybowska) and to Dr. Stanislaw Krzyzanowski, a physician and political activist of the Polish Socialist Party, who treated mostly poor Jews, free of charge. Stanislaw died in 1917, after contracting typhus, and the grateful Jewish community offered financial assistance to his widow and daughter, which was politely declined by Janina.

When Irena turned 17, she enrolled at the University of Warsaw, first studying Law and then Polish literature. During her academic studies, she firmly opposed the “ghetto benches system” applied by the Polish educational institutions against the Jews, obliging them to take seats in a pre-designated sector. Her pro-Jewish stance earned her disciplinary measures and eventually, she did not take her final exams.

Loyal to her deceased father legacy, Irena joined the Union of Polish Democratic Youth and later, during the war, she embraced the Polish Socialist Party (PPS). She was repeatedly denied access to educational jobs, following negative recommendations issued by the University, which ascribed radically leftist views to her.

When the Germans invaded Poland in 1939, Irena was a senior administrator in the Warsaw Social Welfare Department that ran the canteens of Warsaw. As per her directives, the canteens provided food, financial aid and social services to orphans and elderly, especially to impoverished Jewish families. To evade inspections, the Jews were logged in the organization’s books under fictitious Catholic names and were reported as patients suffering highly contagious diseases, such as tuberculosis or typhus.

In 1940, following the creation of the Warsaw Ghetto, some 400,000 Jews were crammed in a tiny portion of the city, in appalling humanitarian conditions. Some 5,000 people were dying every month from starvation and diseases. Distressed by the fate of the Ghetto population, Irena decided to join the Council for Aid to Jews (Zegota), which had to work under extreme conditions.

Irena managed to get a pass from the Warsaw Epidemic Control Department which enabled her to enter the ghetto legally. She visited it daily, bringing food, medicines and clothes.

She soon understood that she should start smuggling Jewish children out of the Ghetto. Persuading their parents to separate them from their children was a heart-breaking experience for Irena. She was often asked: “Can you guarantee they will survive?” to what she answered that she could only guarantee they would die if they stayed.

Furthermore, it was never easy to find families outside of the Ghetto willing to shelter the Jewish children. In Poland, the Nazis imposed the death penalty to those who protected Jews.

Irena’s courage and ingenuity knew no bounds. She started to smuggle children in ambulances, as victims of typhus. She also used many other escape methods, including garbage cans, toolboxes, potato sacks and even coffins.

She also designed a very original escape plan by using churches with two gates, one facing the ghetto and the other the Aryan side of Warsaw. Children entered the Church as Jews and exited as Christians.

At the same time, Irena recruited many volunteers who provided forged documents to the fleeing children, giving them temporary identities.

Protecting the children in the Aryan side was more difficult than extricating them from the Ghetto. The rescue of each child required the help of at least ten people. Children were first taken to units of caring service and from there Irena led them to private homes, orphanages and convents. As per her own words:

”I sent most of the children to religious establishments,” she recalled. ”I knew that I could count on the Sisters.” Irena also had a great cooperation to locate the older ones: ”No one ever refused to take a child from me,” she said. One of these religious institutions was the Franciscan Sister of the Family of Mary, which was designated House of Life by the International Raoul Wallenberg Foundation.

All in all, Irena Sendler saved some 2,500 children. But she went even further for not only had she save their lives, but also their identities. She kept coded records of all the children and their real names, so that they could be reclaimed by their biological parents.

These records were kept in glass jars buried beneath an apple tree in her neighbor’s back yard, just across the street from the German barracks.

Finally, the Nazis became aware of her activities and on October 20, 1943 she was arrested and imprisoned by the Gestapo. Though she was the only one who knew the names and addresses of the families sheltering the Jewish children, she withstood the torture and she refused to betray any of her associates or the children in hiding. Her feet and legs were broken but no one could break her spirit. Irena spent three months in the Pawiak prison where she was sentenced to death.

While she awaited execution a German soldier took her to an “additional interrogation”. Once they were outside he shouted in Polish ”Run!” The next day she found her name on the list of the executed Poles. Zegota members had managed to stop the execution by bribing the Germans. Irena continued working under a false identity.

At the end of the war, Irena dug up the jars and used the notes to find the 2.500 children she had given to adoptive families. She reunited them with their relatives scattered across Europe, but most of them had lost their families in Nazi concentration camps.

The children only knew her by her code name Jolanta. But years later when her picture appeared in a newspaper after she was awarded for her humanitarian deeds during the war ”A man, a painter, telephoned me,” she said, ”I remember your face, it was you who took me out of the ghetto.” ”I had many calls like that”.

Irena Sendler has never considered herself as a hero and never claimed credit for her actions. On the contrary; she felt remorse. ”This regret will follow me to my death.”

In 1965, she was officially recognized as Righteous Among the Nation and made honorary citizen of Israel.

After the war, she still worked for Social Welfare, helping create residences for the elderly, orphanage and an emergency service for children.

Fortunately, the International Raoul Wallenberg Foundation was able to pay tribute to her a few months before her death by commissioning a commemorative Israeli Postal stamp issue with her semblance. 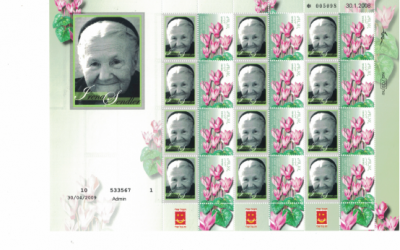