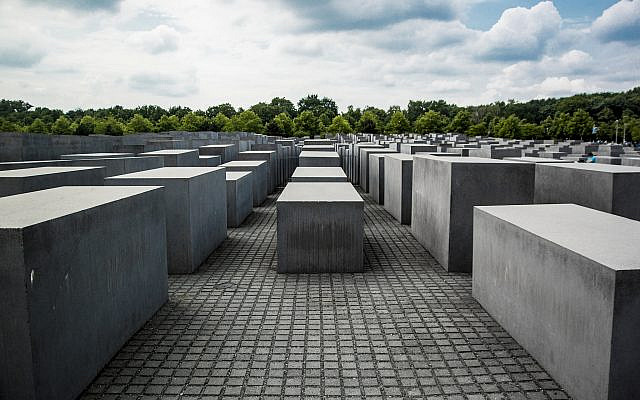 Memorial to the murdered Jews of Europe in Berlin, Germany by Giulia Gasperini

“I wandered around and found Eisenman posing for pictures with the memorial as a backdrop. Excuse me, Mr. Eisenman, does the number of columns have any significance for you?

“He replied that the number was not only incidental, but accidental. He had planned and hoped for much higher a number, but it was reduced to approximately 2,700 due to various considerations. And 2,711 happened to be the final number. Where stretched symbolism might have left me indifferent, the extraordinary coincidence could not. Mr. Eisenman, do you know that the Talmud has exactly 2,711 pages?

“He stepped back in shock. Are you sure? Yes, sir, I am. What a story, said the Jewish architect.”

The quote above is excerpted from a 2005 conversation between Rabbi Josh Spinner and Peter Eisenman, the architect of the Berlin Holocaust Memorial, when the memorial was unveiled. Interpretations abound as to the meaning of the design, including the architects own explanation, but much of the emotion of the site is left up to the visitor.

I first stood at the memorial site with a group of students from New York on a heritage trip to Germany and Poland in 2014; the “accidental” number and personal symbolism of the 2,711 slabs of stone in my sight, was not lost on me.

There are precisely 2,711 pages in the standard printing of the Babylonian Talmud. In 1923, Rabbi Meir Shapiro initiated a daily Talmud study program that became known as Daf Yomi– “the daily page”. Today, tens of thousands of Jews spanning the globe are engaged in the Daf Yomi study movement. The completion of one cycle of Daf Yomi takes 7.5 years, the next siyum– completion celebration occurring this coming January 4, 2020.

I have the merit to be completing my first full cycle of studying one page of Talmud a day among tens of thousands of others around the globe. Personally, the Daf Yomi study program has been one of the most exhilarating journeys of Jewish learning I have ever engaged in. My eyes have been opened wide to the beauty, rigor, and incredibly vast and complex system of Jewish law and tradition that is our heritage, legacy and guide; more critically for me, was the unique experience of studying the text itself.

Jewish learning has never been about completion, it has always been about the journey:

Imagine the moment and thrill of completing a full marathon. When you reach the finish line, you are filled with the emotion of the effort and struggle to achieve that milestone. Jewish learning is also about crossing finish lines, raising your hands in triumph and celebration, but then putting your feet back at the starting block to begin again. Jewish learning is cyclical, it is an interface with the infinite.

What excites me most about completing the Daf Yomi cycle is the opportunity to start again from the beginning. In fact, the completion ceremony which marks the conclusion of the 7.5 year study period incorporates a celebratory text which opens with the words hadran alach– we will return to you. The goal of Jewish learning is to return to the very text one has completed to reconsider, reanalyze, and plumb the depths of the text anew with the opportunity to gain novel insight and understanding, and ultimately a greater connection to the tradition and Divine wisdom within. As the Rabbinic saying goes, “one who reviews one’s study 100 times is not comparable to one who reviews one’s study 101 times” (Talmud Bavli, Chagiga 9b)

King Solomon said, “I will become wise, but it was far from me” (Kohelet 7:23). For the sagely King Solomon to describe wisdom as “far” provoked the curiosity of the Sages. Indeed, the Rabbinic tradition interpreted this verse as a reference to the esoteric Biblical passage of the para aduma- the red heifer used in the purification process of an individual who has come into contact with a corpse (Bamidbar Ch. 19). Known as the quintessential statute, this law highlights the profundity of Torah law, that human wisdom even in the case of King Solomon, is limited in achieving full understanding of Divine wisdom. Rabbi Yosef Dov Soloveitchik (in his work Beit HaLevi) wrote that when King Solomon made this comment, he was not merely expressing a sense of intellectual limitation in one area, but rather his lack of understanding in the passage of the para aduma represented a reality that no amount of wisdom, investment of time, or intellectual capacity will merit to grasp the entirety of God’s wisdom in the Torah. Jewish learning is a journey not a destination. 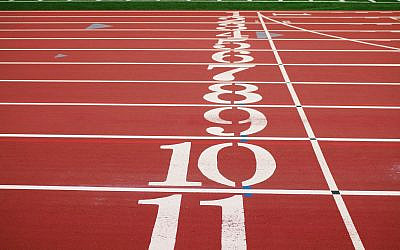 On a personal level, the memory of the Holocaust in my family was never (and will never be) a mere static monument or slab of stone in a city square. I bear the name Yisrael as one of my Hebrew names- Yisrael was the name of my grandmother’s brother who was murdered in Auschwitz. My siblings, cousins, nieces, aunts and uncles all bear names of my grandparent’s family who perished in the Holocaust. We are the living monuments of a world destroyed and rebuilt. We won, and we have returned the Torah and our traditions.

On a national level, for the Jewish people with the backdrop of our collective history, the Daf Yomi study program is our living monument. Each of the 2,711 pages reveals a story about our tradition and legacy, linking 3,500 years of conversation and illumination to our very lives today. Just as Jews around the world will celebrate the completion of the final page of the Talmud, they will begin again, because that is our great symbol of life and triumph. We won.

Hadran Alach- We will return to you.

About the Author
Rabbi Dr. Effie Kleinberg serves as Educational Director at Forum for Jewish Leadership, an organization focused on developing the next generation of ambitious future Jewish leaders around the globe. Rabbi Kleinberg holds semicha and a doctorate from Yeshiva University and worked as an educator in North America for close to 10 years. He currently resides with his family in Ra’anana, Israel.
Related Topics
Related Posts
Comments