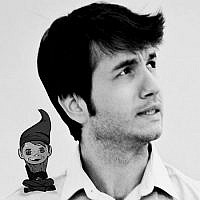 The Blogs
Yoav Vilner
Startup and blockchain advisor.
Apply for a Blog
Advertisement
Please note that the posts on The Blogs are contributed by third parties. The opinions, facts and any media content in them are presented solely by the authors, and neither The Times of Israel nor its partners assume any responsibility for them. Please contact us in case of abuse. In case of abuse,
Report this post.

Whether we like it or not– selfies have become a part of our everyday lives. They have exploded all over our newsfeeds and even solidified their place beyond pop-culture with its induction into the English dictionary. Both social media and smartphones have hopped onto the selfie-train, quickly capitalizing on this craze.

Selfies have evolved over the past two years with a vast array of styles and types, all which can benefit from some extra tweaking. For the non-photographers among us, there are tons of ways to edit your photos and enhance your selfie just the way you like it–and now that the selfie craze has been noticed by Israeli app developers, awesome Israeli apps have emerged to take the selfie experience to a whole other level.

With that being said, here are the latest photo-editing apps for Android, iOS and Windows Phone for 2015, that are all home grown on Israeli soil.

Since its launch in 2010, Instagram has taken the cake as the king of photo editing and sharing. Despite its awesome attributes however, there are limits of what you can do. Since the app is so widely used, most of us are no longer impressed with Instagram’s standard filters after seeing them repeated again and again.

That’s where FilterBaker comes in. FilterBaker not only lets you choose from a set of standard filter options, but it also gives you the chance to create custom filters on your own and save them for future uses. Add your own artistic touch to your selfies by adjusting the brightness, contrast and saturation as well as adding shadows and highlights, color dispersion and complex refinement.

Developed by Yair Kass of the band HaGirafot in 2015, this new app is sure to make your selfies rock. Sometimes taking a plain ol’ selfie can become tedious, and we’re always looking for ways to become creative and stand out from above the rest– after all, taking photos is considered to be art, no matter what form it comes in. With PhotoMania, a social image-processing service that provides state-of-the-art photo effects, you can be an expert without any technical or artistic skills to create a photo masterpiece. Your photo can be transformed from a cartoon to a sketch to a vintage black & white style. The app can be installed onto Facebook and gives users the choice of over 400 photo effects to apply.

PhotoMania was created under a parent company, Trionity, founded by a trio of friends– Ofir Yosef, Bar Ziony and Adir Kol in June 2010. They all had a common vision. They knew that photos are a key aspect of Facebook so they produced an app that lets users play with their photos and turn them into artwork. PhotoMania has attracted over 35 million users and has ranked in the top 10 photo apps on Facebook. The app is now available on Android as well, so you’re not limited to sharing your selfie-art on Facebook and can instead take advantage of other photo-sharing platforms such as Instagram. One of the reasons why many people shy away from taking selfies is because these types of photos are often too up close and personal. They feel uncomfortable with certain physical attributes and prefer their photos to be shown in the best light. Facetune, founded by a Jerusalem based startup called Lightricks, is an innovated image-editing Smartphone application that promises to allow users to easily edit their selfies like a Photoshop pro. The app utilizes a Safebrush technology that comprehends the exact area the user wants to touch-up, such as clearing a blemish or whitening one’s teeth.

Today, Lightricks have moved forward and developed Enlight, a photo editing app that is in direct competition to the imaging franchise by Adobe. Created on the same processing engine developed for Facetune, Enlight has a larger range of editing options from simple preset filters to more complex light and color modifications. Selfies are meant to be seen and shared by others. But in a selfie-happy world, you have to make sure your photo is as interesting and flattering as possible. So step up your selfie game with the help of these Israeli photo-editing apps and take your selfie expertise to a whole new level.

About the Author
Yoav Vilner is a blockchain writer for publications such as Forbes, CNBC, Inc, Entrepreneur and FOX News. He's been advising startups in programs associated with Google, Microsoft, Yahoo and the U.N
Comments