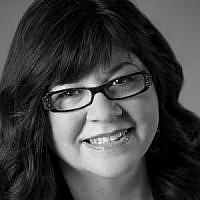 The Blogs
Hanna Perlberger
Apply for a Blog
Advertisement
Please note that the posts on The Blogs are contributed by third parties. The opinions, facts and any media content in them are presented solely by the authors, and neither The Times of Israel nor its partners assume any responsibility for them. Please contact us in case of abuse. In case of abuse,
Report this post. 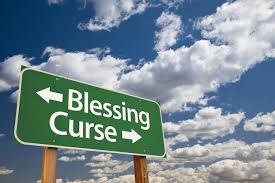 “Love covers up all iniquity.”

From a Curse to a Blessing

“How goodly are thy tents O Jacob, thy dwellings, O Israel.” “Ma tovu ohalecha Yaakov mishk’notecha Yisroel.”[i] This verse, which is this week’s Torah portion, Balak, is said upon entering a synagogue, is part of the daily Morning Prayer, and even if you don’t recite it, you may know it, as it is one of the most famous verses in the Torah.

And so, one would think that these words of praise were uttered by God, or by Moses, or at least by someone “very holy.” And yet, these words emanated from the mouth of a notorious Jew hater, Bilaam, who was hired by Balak, (the newly-appointed King of Moab), to curse the Jewish people in the desert.

Three times, Bilaam tried to curse the Jewish people, and yet each time, he blessed them instead. Prior to the first two attempts, Bilaam and God had a “conversation” whereby God either instruct Bilaam what to say or put the words directly into his mouth. Despite his pure hatred and single-minded intention to cause harm, Bilaam could only utter words of blessing and praise for the Jewish people.

Therefore, before the third and final attempt, Bilaam decided to take a different tact, since these “conversations” with God were not going his way. This time, Bilaam concentrated on the so-called faults and transgressions of the Jewish people, trying to discredit them so as to overcome God’s benevolence and whip up a host of spiritual negativity against the Jewish people.

And so, after he was all fired up, Bilaam lifted his eyes to blast the Jewish people once and for all with his “evil eye.” But when he raised his eyes and looked – truly looked – Bilaam noticed how the placement of the tents was designed for the utmost respect for privacy and dignity. He saw orderliness. He saw righteousness. He saw goodness. And he was moved. Incredibly, The Torah states, “He changed his mind to be like God.” And in so doing – even if it was a very temporary shift – Bilaam saw a new reality, a Godly reality, and his curses were transformed into blessings.

So, the question is, how could such words of praise come out of Bilaam’s mouth and of his own accord? It’s true but a not-funny joke, that if a notorious anti-Semite says something nice about the Jews – then it must be true. It’s just human nature – we have a hard time believing certain ideas when they originate from sources very close to us. After all, how credible is it when we sing our own praises? Thus, if a gentile praises the Jewish people, that’s good, but if a Jew-hater genuinely and effusively praises us? Wow – what could be better?

Now let’s take a deeper look and find a lesson we can apply to our lives. Besides our tendency to discount positivity from close sources, I think that most of us have a hard time being kind and benevolent to ourselves.   When is the last time you checked in on the inner dialogue in your head and your running thoughts and feelings – about you? I decided to pay attention to my inner voice the other day, and I was shocked at how intolerant and cruel I can be to myself.

Many of us have a hard time liking ourselves. We think it’s selfish and egotistical. But if I don’t like myself – why should you like me? If I don’t value or love myself – why should you?   We are also afraid that if we have self-compassion or like ourselves, we would never change because we mistakenly think shame is the best impetus for growth. And so, we can become our own Bilaams – in effect, cursing ourselves. I can assure you, however, with 100% certainty, that shame and blame are never the paths to sustained change or growth. Ok, you may ask, so what is?

When Bilaam decided to “change his mind to be like God,” that’s when the transformation happened. That’s when the curses turned to blessings. I believe that’s the key. In our Morning Prayers, we acknowledge that the soul God placed in us is pure. Further, we are made in the image of God, and we have Godly souls. When we don’t judge ourselves favorably, we are insulting our Creator.

Ponder this. The more I love myself – my real self, my Godly self – and the more order, righteousness and good that I see when I look inside, the more I will naturally align my actions to be congruent with that vision. So, may I suggest the following:

Step One: Notice the toxic inner talk. But please don’t criticize the inner critic or you’ll stay in the same loop. Have compassion and understand that it’s a habituated form of thinking. Don’t get hooked – it’s not you. Rather, it is a bad and unconscious habit, and increasing your awareness of this bad habit will help you break it

Step Two: Counteract the negativity with positivity – lots of it. In Five Steps to Better Relationships, I wrote about the Losada Principle and the Gottman Relationship Ratios. In a nutshell, we weigh negativity more than positivity, and so to maintain loving and benevolent and thriving relationships, we must offset critical or negative comments with three to five positive ones – or suffer the consequences. I never realized that it applies to our own self-talk as well! And so, every time you hear yourself making a negative comment to yourself, offset it with three to five positive comments that are constructive

Step Three: Give yourself permission to see yourself with Godly reality. As Marianne Williamson has says, “Maturity includes the recognition that no one is going to see anything in us that we don’t see in ourselves…. Joy is what happens when we allow ourselves to recognize how good things really are.”

And when we can live from this joyful place, we unconsciously give others permission to do the same. Imagine a world where all curses were transformed into blessings, where we looked with inner and outer eyes that only saw order, righteousness and good – and not for a brief inspired moment – but as the natural state of continuous connection to our Source. Let’s start now.

About the Author
Hanna Perlberger is an attorney, author, and spiritual coach. Her articles have appeared in numerous Jewish publications, and you can follow her weekly blog at PositiveParsha. Hanna's newly released book, "A Year of Sacred Moments: The Soul Seeker's Guide to Inspired Living," which blends Torah with Positive Psychology and coaching, offers readers a fresh optimistic perspective and way to find personal meaning and engagement with the weekly Torah portion. Hanna and her husband Naphtali, lead workshops for couples to take their marriage to a whole new level. Hanna also coaches women to unlock their potential to live inspired and create positive change.
Related Topics
Related Posts
Comments