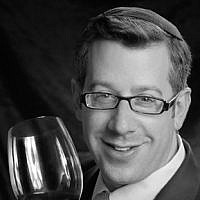 The Blogs
Yossie Horwitz
Apply for a Blog
Advertisement
Please note that the posts on The Blogs are contributed by third parties. The opinions, facts and any media content in them are presented solely by the authors, and neither The Times of Israel nor its partners assume any responsibility for them. Please contact us in case of abuse. In case of abuse,
Report this post.

For my first Times of Israel post I wanted to pick a winery that represented Israel’s old and new, combining Israel ancient winemaking history and blazing hot tech industry in one.  While there a number of wineries that fulfill these requirements, I picked Jezreel Winery.

When I first started writing my newsletter over eight years ago, the opening of a new winery was a special and relatively rare event that usually generated much excitement (at least among the geeky wine-loving community), even if the wines themselves were often disappointing and didn’t live up to the hype or expectations.  These day new wineries open on nearly a monthly basis and don’t generate as much excitement as they used to.  I have not conducted any scientific data analysis but would venture that only 10% of such new wines and wineries have the stamina, consistency and quality to make a serious run for things for more than a vintage or two.  As such, over the last few months I have been very excited to conduct tasting for more than five different new wineries, all of whom are producing quality wines that are well worthy of your attention, one of whom I wanted to share with you today – the Jezreel Valley Winery.

Founded in 2011 by Yehuda Nahar and VOIP entrepreneur, Jacob Ner-David (founder of Delta Three and currently CEO of Zula), the winery is located on Kibbutz Hanaton and had its first vintage in 2012.  Yehuda and Jacob moved to Hanaton in 2010 where they met and found themselves searching for a business opportunity that would incorporate the ideals that drove them to Hanaton.  After cycling through a number of ideas including the production of organic olive oil and a hydro wine spa, they settled on a winery with Yehuda assuming the role of winemaker after attending the winemaking course at Tel-Hai College.  He is advised by Ari Earle, an accomplished winemaker in his own right (and the winemaker at another new winery that will be covered in the next few weeks).  Acutely aware of the proliferation of new wineries across Israel, Yehuda and Jacob were determined to work with Israel’s unique terroir by utilizing varietals more suitable to the Mediterranean climate.  The philosophy is to make great wines with balance, depth and structure that will appeal to sophisticated winemakers while maintaining an approachable style that goes well with food and can be appreciated by the less sophisticated wine drinker as well.

The winery is currently utilizing three red grapes, Argaman, Carignan and Syrah, all of which are particularly suited to Israel for one reason or another.  Argaman is the closest thing Israel has to an indigenous grape, Syrah is a varietal that seems to grow especially well in Israel with several amazing versions available and while Carignan was and remains a widely planted grape in Israel, used for grape juice and low-end table wines, when made from old vines or with exceptional care, it is capable of producing truly fantastic wines à la those from Recanati, or Trio.  Jezreel Winery utilized all three grapes for its “signature’ wine, the “Red Blend” and also produced 400 bottles of each varietal as of Single Vineyard wine (the Syrah is from Emek Kadesh and the Argaman and Carignan come from Givat Nili).  As I tasted each of these wines as barrel samples I have not included tasting notes for these wines (which were scheduled to be released in Israel this past March and which I expect to retaste in their final form shortly), but all three were, at least at the time, interesting enough to warrant purchasing a bottle or two with my personal preference for the Syrah.

Given Israel’s geographical location and abundance of sun-drenched summer days, the winery aims to produce lighter-bodied wines that make sense in this climate (and are suitable to the local cuisine).  In addition to lighter red wines, the winery produces a refreshing Chardonnay and a crisp Rosé, both made in an unassuming style that I found refreshing an enjoyable, if not overly complex. While seeking to honor Israel’s ancient winemaking tradition and utilize the varietals most suited to the terroir, the winery is still headed by modern-day entrepreneurs and viewed by them as a platform for creativity, innovation and disruption, evidencedin many ways including the technology deployed in the winery and the Indigogo campaign they are using to raise funds for expansion (see below).  Another ongoing venture is to turn the winery into a crush facility, an idea being spearheaded by Ari which I believe has a lot of merit, especially given the abundance of quality grapes and winemaking talent currently available in Israel.  While there are other such facilities in Israel (such as Or Haganuz), the folks at Jezreel had some unique approaches I think will assist them in making this venture a successful one. Production for 2012 was 12,000 bottles and expected production for the 2013 vintage is 28,000 bottles.  The winery has additional expansion plans for which it is currently seeking funds and anticipates increasing production to 40,000 bottles in 2014 with hopes of achieving an annual production of 100,000 within six or seven years.  While the winery is also raising additional capital to fund its expansion through more traditional channels, as would befit the brainchild of an internet entrepreneur, the winery is utilizing currently trending crowd funding to raise funds on Indigogo.

The winery currently exports approximately 30% of its production and expects to remain at these levels for the time being. In addition to the wines below, in 2013 the winery also produced the winery also produced a white blend of Gewürztraminer, Chardonnay and Riesling (”Blend Lavan”) and dessert wine made from late harvested Gewürztraminer grapes (“Sweet”), neither of which I have had the opportunity to taste [yet].

Jezreel Valley, Rosé, 2012: A crisply refreshing blend of 60% Syrah and 40% Argaman (the sample I tasted had been bottled a day earlier and was still suffering from a touch of bottle shock).  A lovely salmon color with plenty of ripe strawberries, rosewater, watermelon, flinty minerals, a hint of citrus and a touch of sweet licorice with a nice dollop of acidity.  A streak of saline minerality runs through the wine giving it some character of its own and helping distinguish it from many of its rival Rosé wines.

Jezreel Valley, Chardonnay, 2012:  Made from 100% Chardonnay sourced from vineyards in the Judean Hills, the wine spent eight months in 50% new oak which is evident on the slightly oaky nose.  Give the wine a few minutes and the heavy oak calms down revealing the fruit beneath, including tart green apples, some tropical notes including pineapple and guava along with more, slightly green oak and notes of Crème Brûlée.  The medium bodied palate has more tropical fruit, toasted buttery oak, vanilla and some warm spices all backed up by decent acidity and great balance between the oak and fruit.  With a lingering and pleasant finish of apples, citrus and more oak, this is a wine well-worth adding to your repertoire, especially as the warmer weather Israel has been experiencing of late finally seems to be heading our way.

Jezreel Valley, Red Blend, 2012:  A blend of Syrah, Carignan and Argaman, with each component aged separately for 14 months (the Israeli version benefited from an extra two months in oak) in 50% new oak before being blended and spending another two months in oak in order for the varietals to harmonize into the final product.  The wine opens with an expressive nose of mostly black fruit with hints of red fruit around the edges, including cassis, cherries and plums and accompanied by roasted Mediterranean herbs and a touch of eucalyptus.  A rich and medium bodied palate needs some time to come together, but is well balanced with a structure that bodes well for its future.  Plenty of ripe forest fruit, graphite, freshly paved asphalt and spicy notes combine for a unique palate that was rich and refreshing at the same time.  Worth trying.  Drink now through 2016.

About the Author
Yossie Horwitz has been tasting, drinking and learning about wine for over 20 years and has been writing a weekly newsletter – Yossie’s Wine Recommendations – on kosher wines, wineries and other wine-related topics for nearly seven years. Yossie practices transactional corporate law in Manhattan, where he lives with his wife and four children.
Related Topics
Related Posts
Comments