On my 6th birthday in Buenos Aires, my dad woke me up in the middle of the night and sat me down to watch the movie “Operation Thunderbolt”. Although I frustrated him with my many questions, silence filled the room as I watched Yoni Netanyahu lead the raid on the terminal in Uganda. With all the excitement of the hostages being freed, I recall daily a sentence which would shed light on the path I knew I had to take. As the soldiers of the IDF commando unit, Sayeret Matkal, conquered the building, a Jewish hostage looked up in awe and exclaimed:

–They are Israeli! How did they get here?

I knew that moment that I also wanted to wear a uniform and save my people. It would take me a long fifteen years and constant efforts to convince my parents, but I would into the IDFonn November 20th of 2014.

An impossible mission. Flying over 2000km under radars over enemy territory, Yoni Netanyahu had strategically planned every scenario of the epic rescue. Sufficient Intel provided decision-makers with the capability of using a model of Idi Amin Dada’s (Ugandan President and collaborator) car to avoid suspicion by the Ugandan guards as IDF forces arrived at the terminal. With the Israeli parliament chained to indecisiveness, it seemed to be that the time had arrived for Israel to negotiate with PLO terrorists. With families torn apart and a nation stuck to their radios, Israel felt alone but not helpless. With the terrorists threatening to start killing hostages, if Palestinian criminals were not released from Israeli jails, the operation was launched without government consent. Only two hours into the flight to Uganda would the pilots be notified of the cabinet’s approval. Political scientists and historians have underestimated the significance of this rescue in the region’s politics. Although incredible military victories had been achieved by the outnumbered Jewish state up until 1976, unilateralism was completely unexpected by the international community. Israel’s enemies watched in suspense as they witnessed the might of the IDF. It was unforeseen, controversial, but it was legendary. PM Rabin sent a message to the world: “we are not victims, and action will always be taken to defend Jews in all corners of the world”. On the 4th of July 1976, Israel affirmed its covenant to the Jewish nation. The question now becomes, where are we 41 years later?

With delegitimization thriving not only in college campuses but also in international institutions, Operation Entebbe seems more critical than ever to those who have Israel’s best interest at heart. Significant efforts in Israel to contribute to activists in American campuses are dynamically increasing. Having participated in a delegation of former IDF lone soldiers to the US, I experienced first-hand the strength felt by pro-Israel students who felt threatened or afraid to stand up for the truth behind the lies. Israel continues to remember that Jewish identity in the Diaspora needs to be strengthened, and its commitment is unwavering. Although there are small obstacles in the way, such as the decision concerning conversion (made last week by the government’s cabinet), Israel understands that defeating narratives based on hatred and bias is critical for the comfortability of all Jews in the diaspora.

As an Israeli-American, I automatically express joy on America’s 4th of July. However, with the fireworks exploding in the sky, I cannot help but remember one of Israel’s most historical figures. A man who single-handedly showed the world that there is no distance big enough and no challenge tough enough to allow the Jewish people to ever feel defenseless again. As some of the hostages in Entebbe recalled their experiences in the Holocaust, they stated that Israel had lived up to the quote 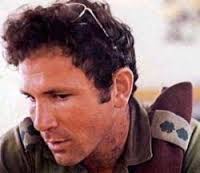