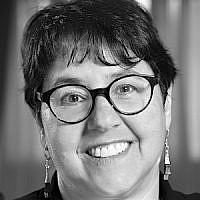 The Haggadah — the book we read at the Passover seder — is remarkable because as early as the 13th century (and possibly hundreds of years earlier[1]) Jews were being taught lessons of inclusion. The lessons of inclusion are about the recognition of the range of strengths, weaknesses, abilities, disabilities and modes of operating that are represented amongst an ordinary cohort of people. Perhaps I should say, instead, that wide diversity exists within any ordinary family or any ordinary community. This diversity manifests itself in many, and we are taught at Pesach to take note of this and ensure that absolutely everyone at the table as a full participant in proceedings. If we could take the following 5 principles of inclusion and apply them throughout the year, how much better our lives would be.

More than any other time of year, Pesach is the time when there is an expectation that everybody in the family Will be invited to participate. So, from the outset, we need to decide who is and isn’t a member of the family. Given our ageing population and the recognition of the vast number of people who function differently from what is described as ‘normal’, it Is highly likely that our family by itself will consists of people representing some of the diverse among humankind. 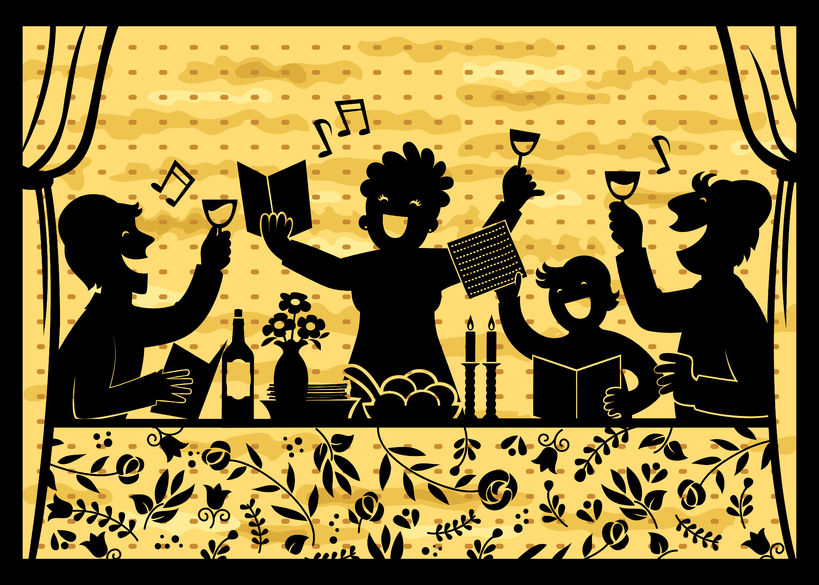 Just consider these questions. Are our elderly parents welcome at our Seder? Are our children welcome–even the noisy and the very young and the insolent and the tantruming child? What about the teenager who insists on coming in jeans? What about the aunt who is boring and pinches children’s cheeks? What about the vegans and those with food allergies? What about the adult ADHD, the child who bumps into and spills things at the table because of poor vision, the person with a broken leg or who permanently uses a wheelchair? What about the person who could not really be described as neurotypical? This pretty much describes my family–almost all of them fail to fit the image of the “ablist benchmark male”. You know, the good looking, sporty, well-behaved, high achieving, polite young adult or wealthy, healthy grown man. As we will see, recognition of human diversity is a cornerstone of Passover.

Throughout the year, hospitality is an important Jewish value. Following from Abraham’s example, we are told that “welcoming guests is greater than receiving the Divine presence”[2] But the Haggadah goes one step further. We are required to invite guests. Not just the people with whom we like to rub shoulders, but specifically anybody who is hungry. Given that there is a high correlation between poverty and having a disability, a physical or a mental illness, being a victim of domestic violence and being an outsider for any other reason – the person or people you are meant to invite are likely to be different from you. And without this invitation, these people may be left outside – excluded from – the most basic rituals of community.

At the Festival of Passover, we do not simply tell a story of our past. Is not just that Jews were slaves who came out of Egypt and liberated by God. It Is that we, personally, were those slaves, we personally escaped from Egypt and personally enjoy the experience freedom. Us – not them. In itself, this is a very important message of inclusion.

Imagine the slaves coming out of Egypt. They been beaten, subjected to heavy labour and denied adequate food and water, as well as being deprived of freedom to determine their own fate. This means that their skills were not accommodated–from those who have a lot to offer such as those with good organisational skills, to those who would be ideal teachers, to those who have anything to offer beyond physical strength. So what were we like? We were broken people. We were bent, we were lame. We were weak–and many of us could no longer see or hear because of the treatment meted out to us. We were dependent and lack confidence now abilities. We were illiterate. We suffer from post traumatic stress disorder. We were no doubt depressed and anxious. Whatever we were, we were not able-bodied, ordinarily abled or a group geniuses and Nobel Prize winners.

If we’re honest, many of us still have those attributes. Many of us fail in many many ways. Many of us have some of the differences that were common among slaves, but not so common today. That we were all once slaves means that we should be able to understand what it’s like to be an outcast who is not considered a full member of society. And we should be able to recognise the diversity amongst us, that is a strength every bit as much as a weakness.

At the very beginning of the Haggadah, before we actually get round to reciting story of our escape from Egypt into freedom, we are asked to pause and think about all of those who present. When the youngest child asks “why is this night different from all other nights?”, instead of an answer to the questions, the child is told that we were slaves in Egypt–and the rest of the story and the other explanations will have to wait. Because before we even begin to fulfil the mitzvah of recounting the story of the Exodus, we are asked stop. We need first, to look at the people around the table, and insure that we give explanations of Pesach and all aspects of the Seder that is pertinent to them. 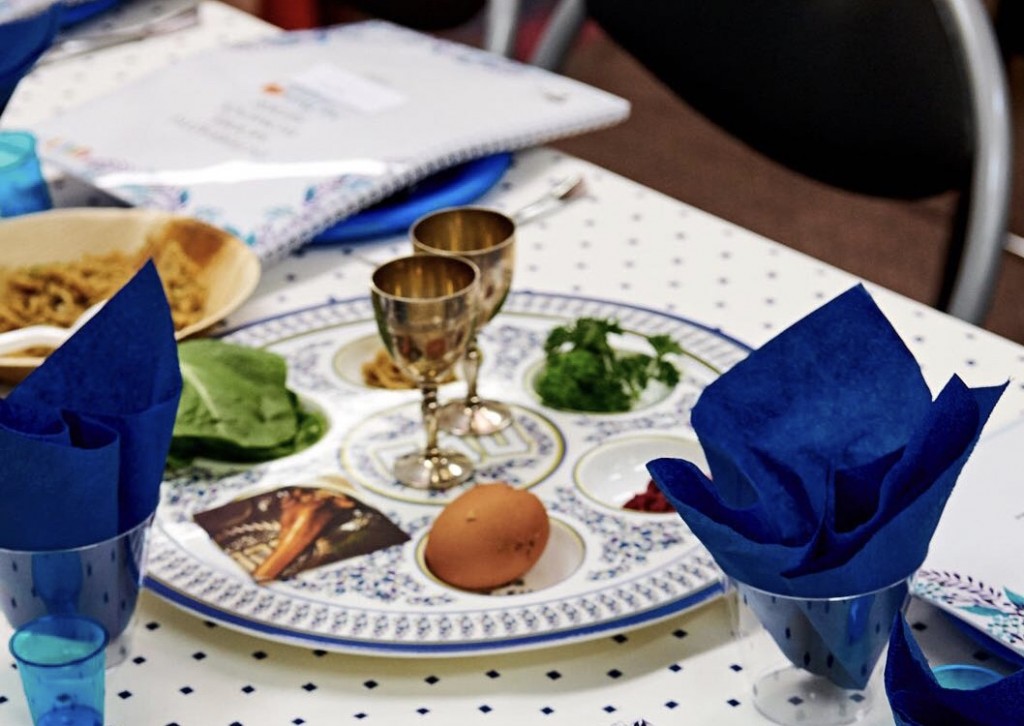 In the original text, we’re told of Four Sons, who are described as the child who is wise, the child who is wicked, the child who is simple and the child who does not know how to ask. While there well may be 4 such children present, the story is thought of as metaphorical (or is it allegorical?) It is generally considered that the children (who could be daughters as well as sons) are types of Jews or types of learners. Understanding the fourth son has posed a particular challenge. In different Haggadot he has been described as: ‘not in capacity of asking’; ‘one who wits not to ask’; ‘the son who is unable to ask’; ‘the son who has not been endowed with an enquiring mind’; ‘the son too young to enquire’; and ‘the son who does not yet even understand enough to ask questions’. While the latter two focus on the age of the son, the former four emphasize his mental competence unrelated to his age. In no case, however, is there the assumption that this child is uneducable. Instead, this poses a challenge not only to educators, but also to the person/s running the Seder.

The Torah instructs us that we must teach our children diligently.[3] At Passover we learn that the obligation to teach our children diligently cannot be fulfilled if we only meet the learning needs of the elite or even of the average student. We, as a community, must take note of the objective of teaching – which is to ensure that all Jewish children gain knowledge and understanding of Jewish history and Jewish law. In other words, the requirement of educating our children is focused on the learning outcomes of each student. So any teaching strategy that only engage a percentage of the students is simply not satisfactory.

The final lesson we can draw from the Passover Seder, generally, and from the story of the Four Sons in particular, is that everyone can and should be taught in the same setting. We shouldn’t take some people out of the room because they have “special needs”. The most special need of all that we have, is to be included as an equal. The Seder is designed to appeal to each type of learner and to include different people differently – from written text, to oral reading; from detailed discussion to symbolic representation; from the taste of the food; to appeal to the sensations. While young children may not last the distance of the Seder (which in many houses finishes after midnight), there is an expectation that the majority of participants will stay in the room. Engagement is a key to the learning experience.

The festival of Passover has many names. These include the Festival of Spring; the Festival of Coming out of Egypt; and the Festival of Freedom. To this we should add that Passover is a Festival of Inclusion. This lesson, like the many other messages that come through the reading of the Haggadah and of our experience of the Seder, is one of that should be practice throughout the year. We should remember all the time that members of our family and our community have a wide range of difference in skills and abilities. If we want to act as a family or a Jewish community, we must practice inclusion all year round. At Passover we are jolted into the realisation that 20% of the people in the community are often excluded. The Hebrew word for Egypt is Mitzraim, which translates as “the narrow place”. On the Festival of Inclusion, we need to move from that narrow place which blinkers recognition of human diversity and the need for its celebration. From the Festival of Inclusion onwards, we should apply the principles of Passover. Every Jew must have an equal and equally participatory place at the table – independent of any difference that may be perceived.

[2] Rabbi Yochanan (one of our sages) makes this comment from his interpretation of Abraham welcoming the angels in Genesis 18 in the Babylonian Talmud (Shabbat 127b).

[3] This is in Deuteronomy 6, 7 and repeated in the central Jewish prayer, the Shema

This article originally appeared in the New Normal Blog: 5 Reasons Why Passover is the Festival of Inclusion

About the Author
Melinda Jones is a feminist human rights scholar & activist, working on a range of social justice projects on women's empowerment; disability, Judaism and Jewish law; and gender and children's health rights. Her previous research has included books, chapters and articles about the rights of vulnerable people in domestic and international law. Topics have included the rights of people with disabilities; free speech & racial hatred; the rights of the child; religion & the law; and feminism, gender & women's rights. Melinda taught political science and law at Australian Universities for over 20 years.
Related Topics
Related Posts
Melinda Jones
Comments