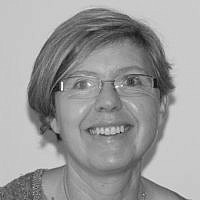 The Blogs
Shira Zimmerman
Apply for a Blog
Advertisement
Please note that the posts on The Blogs are contributed by third parties. The opinions, facts and any media content in them are presented solely by the authors, and neither The Times of Israel nor its partners assume any responsibility for them. Please contact us in case of abuse. In case of abuse,
Report this post.

Working globally is often a challenge due to time differences, language barriers and cultural diversities. Additionally, at Trendlines we often find ourselves having to explain to the people we work with all over the world that September is a month when we cannot always be available and need to push deadlines off due to the upcoming Jewish holidays.

Just when the rest of the Northern Hemisphere gets ready to knuckle down to work after the long summer vacation, Israelis are quick to mention that some business activities or deadlines will have to wait until “after the holidays”. What holidays, you ask? Didn’t they have vacation like everyone else? Yes, but …

Here are five things you need to know about the holiday period:

1. Rosh Hashana (literally “the head of the year”) is the Jewish New Year. Unlike other Jewish holidays, which typically have one holy day on which businesses are closed, Rosh Hashanah is a two-day holiday (this year on September 14 and 15), and businesses are closed on both days. On Rosh Hashana, it is customary to eat round foods such as special loaves of round egg bread (challah) to symbolize continuity and to dip slices of apple in honey to symbolize a sweet year. 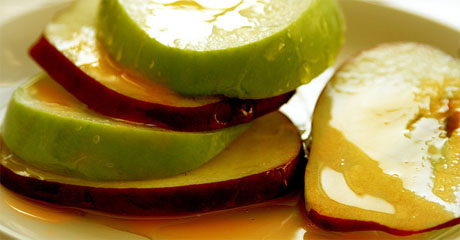 2. The two-day Rosh Hashana holiday marks the starts of a 10-day period known as the Days of Awe. It is a time of introspection that culminates on Yom Kippur (the Day of Atonement), the holiest day in the Hebrew calendar. During this time, one reflects on the past year, asks for forgiveness for one’s sins, and thinks about changes for the year ahead.

3. Yom Kippur is a day of mourning, fasting and prayer. Even though most of the Jewish population in Israel is not religiously observant, Yom Kippur (this year on September 23) remains a special day for all. On Yom Kippur, the country almost shuts down and all businesses are closed, including those that are usually open on Shabbat. There is almost no traffic on the roads.

4. Sukkot (September 28 through October 5) is a seven-day harvest festival that celebrates the ancient Israelites’ exodus from Egypt. The first day is a holy day, similar to Shabbat, so most businesses are closed. The next 6 days, called “Chol Hamoed”, are similar to weekdays, but many businesses operate in the mornings only and some are closed the entire week.

5. It’s perfectly acceptable to wish someone a “Happy New Year” any time during “Tishrei” (the Hebrew month which coincides with late September and early October), even after Rosh Hashana. Don’t sweat if you didn’t get in a greeting on the day.

The three weeks starting with the Jewish New Year (Rosh Hashana) and ending with the Feast of Tabernacles (Sukkot in Hebrew) marks a period of joy, introspection, reflection, and, yes, vacation. Although there are some work days during this period, the peppering of holidays and celebrations make it a very difficult period to get any real work done. So, when an Israeli says they may not be able to make a deadline until “after the holidays,” they may mean it!

About the Author
Shira Zimmerman works as a marketing communications consultant for The Trendlines Group. She is originally South African and has lived in the Galilee for 26 years.
Comments