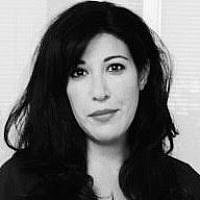 The Blogs
Shimrit Meir
Apply for a Blog
Advertisement
Please note that the posts on The Blogs are contributed by third parties. The opinions, facts and any media content in them are presented solely by the authors, and neither The Times of Israel nor its partners assume any responsibility for them. Please contact us in case of abuse. In case of abuse,
Report this post.

Speaking at the INSS conference, Gadi Eisenkot, the relatively new IDF chief of staff, laid out his perception of the regional map. Here are five takeaways from the speech:

1. ISIS is here to stay. ISIS is an idea rather than a traditional organization. Whether you are an individual or a small militant group, you can make this idea a reality, your own way — no structure, no orders or chain of command. It is the 3D printer of terror. The days when ISIS was a marginal, not-so-worrisome phenomenon among the Palestinians are over. In Gaza, for example, Salafi Jihadist groups are the only effective opposition to Hamas and they are the only ones firing rockets at the moment. (My addition: many of those who joins the new ISIS-like groups are former Hamas activists who don’t like what has become of it and seek a “purer”, more committed, alternative).

2. The IDF remains a strong, independent entity that isn’t afraid to express its own voice, even when it is not entirely in synch with Netanyahu’s talking points. There used to be a time when this was just stating the obvious, but nowadays I think it is worth the mention.

3. I would go even further and say that the IDF is team Obama. The two main achievements of the current American administration in the region: the nuclear agreement with Iran and taking the chemical weapons out of Syria are being described by Eisenkot as developments that contributed to Israel’s national security in the immediate and short term. The IDF predicts 5 years of “good Iranian behavior” in the nuclear area. Having said that, it is important to note that like other military establishments in the Middle East, the IDF is very close to the US.

4. Since the nuclear issue is being handled by others, Israel’s main focus now resembles the one of many Arab states: the war-by-proxy with Iran. this leads to the question everyone is trying to answer: where will the Iranian billions go? Eisenkot estimates that it’ll take 1-2 years (there are more urgent matters) but eventually, some of the money will be used to fight Israel, whether by increasing hizballha’s budget or by reinforcing Hamas’ military wing, that prefers to side with Iran over the Saudis.

5. We are still not calling it an Intifada. And we still have no clue how to deal with it. Three months into what is clearly the most grassroots driven Intifada, the IDF is still calling it a “wave”, as if it was a force majeure, hoping it will just go away one day, just like it started. There have been more than 100 terror attacks in the last three months and Israeli intelligence knew in advance about zero of them. The IDF thinks there should be an increase in economic measures, in an attempt to improve Palestinian lives. It is clear that after some years of relative improvement in the Palestinian economy, the situation in the West Bank is once again desperate. In addition, this (non)Intifada, happening all on its own, is an extension of the “popular resistance” Abbas has been talking about for years. Absurdly enough, a scenario in which the Fatah, Hamas and PIJ join the party will be easier to handle operationally. Given the fact that the “privatization” of terror make the traditional organizations unnecessary, this might just happen.

6. Once again, it seems that the IDF is the voice of reason and moderation especially comparing to the Israeli dogmatic political system. However, one should wonder whether the Israeli healthy caution amid the regional turmoil is not something bordering on rigid thought and lack of creativity, or to paraphrase Eisenkot’s most important sentence in the speech: the worst-case scenario mentality is no less dangerous than being too optimistic.

About the Author
Shimrit Meir is the CEO of LINK- the center for strategic communication in the Middle East and the founding editor of a Al-Masdar, an Israeli news website in Arabic
Comments