Living in Israel — as one tends to imagine — can be quite a colorful experience.

And then there’s the factor that nobody ever talks about:

The unfamiliar websites you’ll be relying upon to survive economically — or just survive — in one of the most expensive countries in the world.

I’m putting together this short listicle partially because I’m a big proponent of alternative means of aliyah preparation.

Things like having an employment plan and an idea about where you want to live are vitally important. Baroor (clearly).

But so is knowing how to type in Hebrew so that you don’t have to rely solely upon English sources for information — which are far fewer in number and which often rely upon translating second-hand information.

When was the last time you ever saw an ulpan teaching touch typing on a Hebrew keyboard, for example? They should! (They might throw out those old cassette players while they are at it!)

In that same vein of quirky remote-friendly preparedness, here are some websites you’ll likely be coming to grips with shortly after your bags make it out of baggage collection.

So why not set up an account now and get ready to hit up… the Israeli internet. 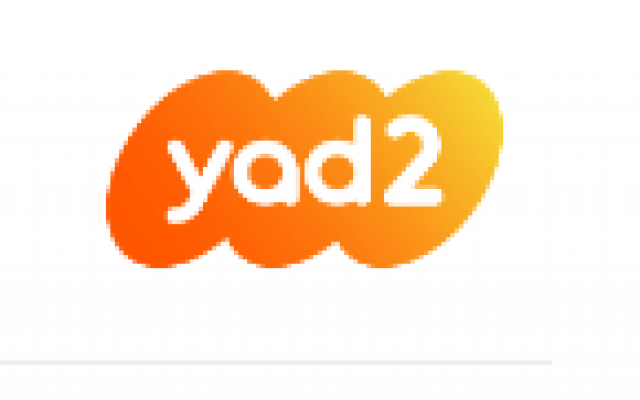 And cinemas are seen as ideal venues in which to hold political panel debates.

In that same proud Israeli tradition of imaginative space usage Yad2.co.il is a kind of one stop shop for everything second hand and real estate-related …… including cars, furniture, and ….. pets. 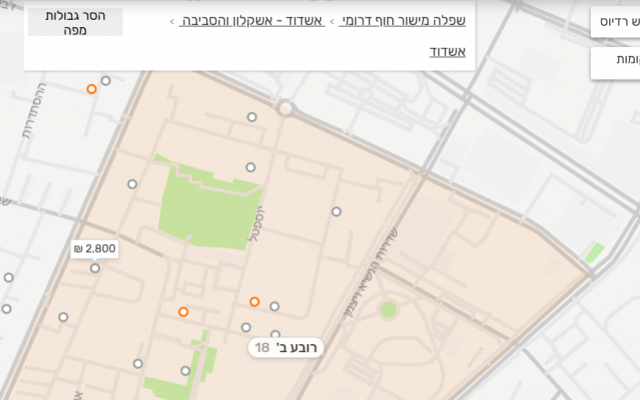 Searching for apartments on Yad2

While apartment-hunting in Israel is now mostly conducted through Facebook groups, Yad2.co.il remains a very important source of “leads” — and you ignore its occasional bounty at your own peril.

Yad2 (pronounced “yad sh-tEYE-im“) also recently underwent something of a facelift and — I am partially sad to report — has proudly graduated from the plentiful ranks of Israeli websites that look like their were designed in the MS-DOS era and feature enough flash advertising to obfuscate everything but the “Buy Now!” button. 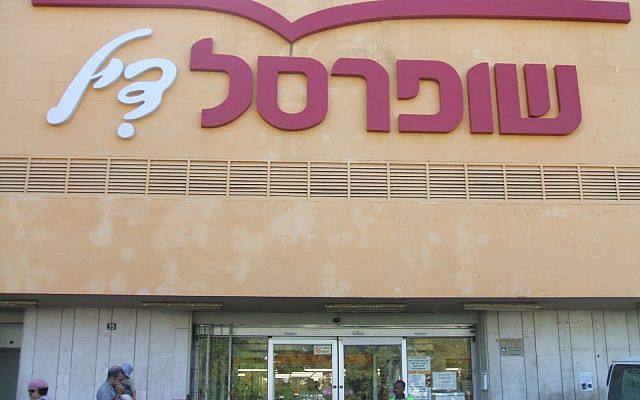 Step into any other supermarket and you’ll realize that the bar to make that claim is not set all that high.

Shufersal has, however, pioneered online shopping delivery in Israel through its nationwide chain of stores. (Rami Levi do online delivery too but the areas served do not always overlap; also worth noting: Rami Levi doesn’t deliver to most parts of Jerusalem).

Sadly, neither Shufersal nor Rami Levi have — at the time of writing — translated their online shopping user interfaces into English. That means that there’s no choice but to battle with the Ivrit in order to get your food to your front door.

Thankfully, the linguistic challenge posed is surmountable — with some basic know how, the services of Google Translate, and even this YouTube video demonstration.

And that leads me nicely on to: 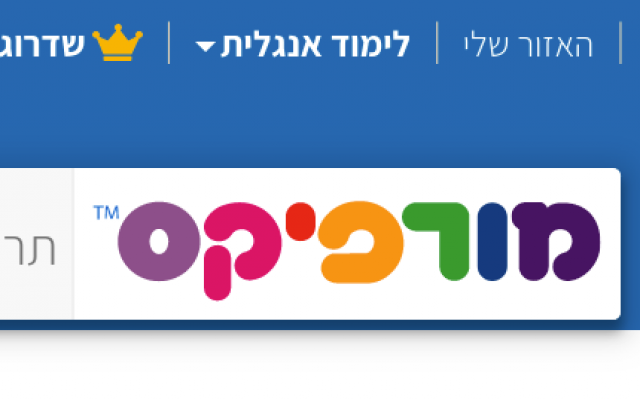 Purpose:  Knowing how to cuss with the correct vowelization

There is an unspoken rule — familiar to any veteran oleh and olah — that nothing in Israel must ever be overly easy.

After all, the Talmud adjures that one’s stake in the Land of Israel can only be acquired through yesurin (difficulties).

In that spirit, those responsible for reviving Hebrew as a functional vernacular decided that actually writing out the vowelization might make it too simplistic for Ethiopian, Russian, and American Jews to get to grips with the language.

Therefore it was decreed at the State’s foundation that Hebrew be written without vowels and that vowelization be retained only in liturgical settings. This had the added benefit of encouraging immigrants to spend more time immersing themselves in traditional Jewish texts.

This quirky move also meant that older immigrants and tsabrim could laugh at the linguistic blunders of relative newcomers — providing an enduring source of national comic relief that was as badly needed during those harder pioneering days as it is now when our society faces a different kind of challenge.

Those that wanted to go the full nine amot and prove their mettle in secular endeavors would therefore have no choice but to labor over lengthy treaties like the Oxford Hebrew-English Dictionary  to learn whether a spherical hunk of baked dough is called p-ee-ta or p-ah-tah and so on and so forth. (There are far funnier examples but the hour is late and I could use a p-ee-ta myself).

Learners these days have it easy!

Morfix is an English-Hebrew dictionary that includes the nekudot (vowelization). This makes it easy for learners to build their otzar milim correctly from the get-to.

It even has a smartphone app (it just doesn’t sync to the cloud yet but leat, leat as they say). 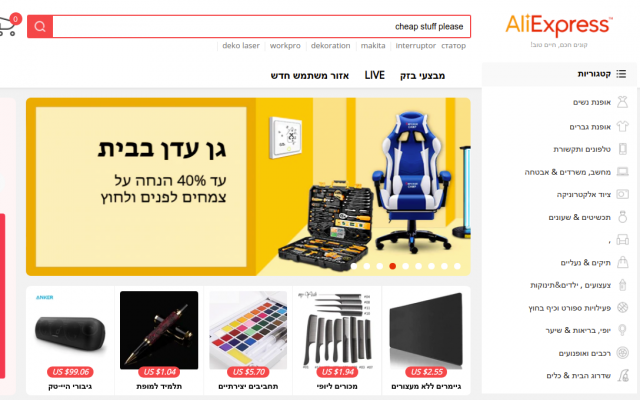 Speaking of vocabulary there’s one word that every new immigrant is sooner to hear on the street sooner or later — and that’s פרטייר (fr-EYE-er).

Show me a bigger freyer move than paying quadruple the retail price for some low cost Chinese merchandise that some chutzpan (brazen person) has imported from Alibaba and marked up 500%?!

Immigrants need to start thinking smarter than that if they’re going to make it in Israel.

Instead of paying 30 NIS at Dudu’s telephone repair kiosk by the Tahana Merkazit for an Android phone cover you can instead buy it yourself directly from the same Chinese supplier he’s getting it from for 10 NIS. 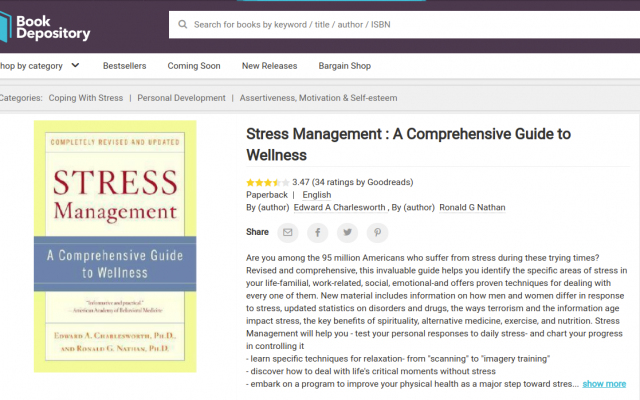 You’re still with me?

If you’ve made it this far then you’re hopefully picking up the penchant for thinking creatively in terms of how you’re going to source those essential items that you’re certain you need for your new exciting life in Israel.

In time you’ll get to begging your second cousin’s uncle to schlep that electronic you’ve been dreaming about in his suitcase. He might be coming from New York in a month (you think you heard). And it costs five times as much in KSP as it does in New York. But for now we need to keep thinking about self-sufficiency. (Don’t forget — it’s the Zionist way — and if you’ve graduated to this stage of aliyah than you should really just start calling America chooool)

But for now — priorities.

After a month in lockdown you’re not sure how much longer you’re going to make it without Stress Management: A Comprehensive Guide to Wellness before you suffer (another) nervous break down. We’ve all been there.

Don’t worry about that and get used to thinking more openly in terms of what kind of ecommerce stores you buy from.

Remember how you used to use Amazon in the Old World to your front door and now you get unbranded electronics in envelopes from “Aliexpress” which — for some strange reason —  get delivered to your local post office and not your house?

Well, buying from BookDepository is just another “transition” that you’ll need to make. It’s one of many waiting for you on your journey towards becoming an aliyah vatik (or vatika).

For what it’s worth BookDepository is actually owned by Amazon and is an amazing company with a terrific selection of books — it’s just a little bit more limited than what you’ll find on Amazon.

Just remember there’s only so much kvetching these companies can tolerate before they come to the conclusion that it’s better to not serve the Israeli market at all. So when your stuff comes in three months rather than a week — consider if you really need to let their customer support people know! Take your grieving out on Dudu at the Tahana Merkazit when you buy your next phone cover.

This short blog was more an introduction to the wonderful world of buying things online from Israel than it is a comprehensive guide.

We didn’t get to buying clothes online from ASOS, Next, and Zara.

Or to buying your supplements from iHerb because — for some unknowable reason — supplements in Israel cost a multiple of what they do abroad (I would have added “like almost everything else” but that would be doing essential health foods like falafel a gross injustice). But I kvetch.

Instead I leave these and the other countless online discoveries waiting for you up to you — and encourage you to see buying from strange online stores that neither you nor your friends abroad have ever heard of as the decidedly millennial continuance of that same intrepid spirit of discovery that fuelled the hearts and minds of the generations of Zionists that made homes on this land long before you (okay, so maybe it was only 100 years).

Before you lie many websites that look like they have been in a digital freezer since Windows 98 was the latest thing in operating systems. You’ll deal with Zap retailers aplenty and wonder why an order takes as long to get from Tel Aviv to Jerusalem as it does to arrive by airmail from Szenchen.

As you struggle your eyes and cognitive faculties will mount a silent but valiant battle to focus and stay sane in the face of vast hoards of popup advertisements  and blaring pixels adjuring you to check out the summer mivtzah (sale) — except that you can’t quite understand how these prices could possibly by considered a “sale” when they cost a multiple of what they did in your point of origin. Again, it’s all simply a healthy part of growth.

Carry on! Do not be dissuaded! And adapt to the wonderful and quirky world of the Israeli internet.

Like aliyah It’s the journey of a lifetime. And it’s waiting for you to explore.