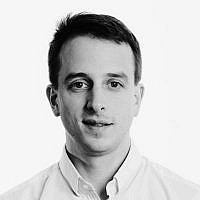 The Blogs
Adam Salkin
Advising Global Investors in Israeli Tech
Apply for a Blog
Advertisement
Please note that the posts on The Blogs are contributed by third parties. The opinions, facts and any media content in them are presented solely by the authors, and neither The Times of Israel nor its partners assume any responsibility for them. Please contact us in case of abuse. In case of abuse,
Report this post. 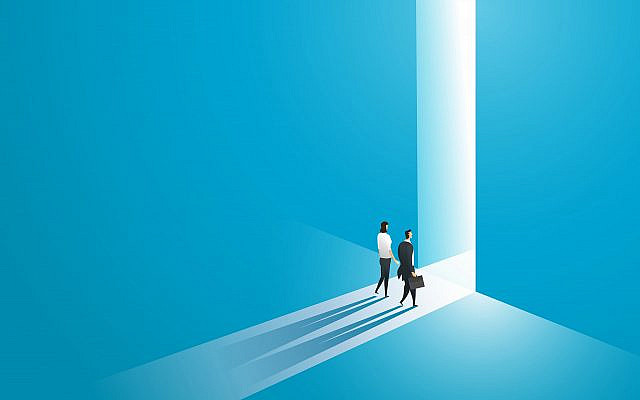 Image(s) used under license from Shutterstock.com

Recent years have witnessed an upheaval in the make-up of international corporates investing in Israel, the so-called Start-Up Nation. While once the preserve of local players and the ‘Big Five’ tech giants, there has been a dramatic uptick in the number of corporates entering the Israeli ecosystem for the first time from non-traditional tech industries ranging from energy to entertainment.

Typically acting through their corporate venture capital (or ‘CVC’) arms, these corporates are drawn to one of the world’s hottest tech corridors as a means to gain access to some of the latest technological trends such as Industry 4.0, AI, blockchain etc. However, as is the case when entering into any new market, CVCs need to be mindful of the specific local concerns. Here are seven key issues for CVCs to keep in mind before entering the Israeli ecosystem:

Israel is a business-friendly jurisdiction for CVCs to enter into, with there being generally no restrictions on foreign shareholders or directors and no currency controls. Having a team on the ground can be beneficial in terms of breaking into the ecosystem and building up relationships with founders (although such a presence might have tax implications, which need to be carefully considered). While the deal terms will be largely familiar territory for those used to the NVCA forms, there’s no standard Israeli form of deal documents. Therefore, it is important to get a feel for local market deal terms, particularly when it comes to key terms such as drag-along rights, vetoes and ROFR/O on M&A opportunities.

2. Keep an Eye on Director Conflicts

As in many jurisdictions, Israeli law imposes fiduciary duties upon directors, which are considered to include the ‘corporate opportunity doctrine’ where directors are prevented from diverting a business opportunity from the company. Such duties create a potential conflict for CVC appointed directors and, as such, it is common for CVCs to request a waiver of the company’s rights under the corporate opportunity doctrine. CVCs should keep in mind that unlike under Delaware law, such an approach is not anchored in a statutory framework in Israel and remains untested in the Israeli courts. CVCs who prefer to take observers minimize the risk of such conflict since they are not subject to fiduciary duties under Israeli law (assuming that he or she is not overstepping his or her position and acting as a de facto director).

In some verticals (notably, fintech and insurtech), Israeli start-ups choose to use the Israeli market as a testing ground before moving on to global markets. In such cases, it is vital to understand where the start-up holds a local governmental license. If such a local license is held, a CVC or other investor holding standard veto rights or liquidation preferences might be deemed to be a controlling person, in which case an approval of the local authority might be required, involving sensitive information disclosures and impacting on deal timings. In addition, it is important to check whether a notification to the Competition Commissioner is required in the event that there is a “merger” under Israel’s Economic Competition Law (the term “merger” is broad and could cover, for example, where an investor has obtained control over 25% of the voting power or of the director appointment rights).

In any CVC-backed investment, the technological collaboration between the wider corporate and the start-up is of critical importance (unless of course it is a mere “listening post” deal). This might involve licensing of the start-up’s products to the corporate, joint product development or distribution deals. The Israel Innovation Authority (“IIA”) operates a Global Enterprise R&D Collaboration Program (the “Global R&D Program”), in which CVCs meeting certain revenue and other criteria can participate. Through this program, the IIA invests together with a CVC in a pre-selected R&D project with an Israeli start-up. For the CVC, such a program can provide a ‘bridge’ into specific sectors of the Israeli ecosystem and enable the financial outlay to be shared with the IIA. Importantly, the IIA will not seek to obtain rights to equity in the start-up or to ownership over the developed know-how.

5. …But Make Sure Prior IIA Grants Don’t Obstruct Future Collaboration

In Israeli companies that have received funding from the IIA (including via prior grants made under the Global R&D Program), any transfer of IIA-funded know-how outside of Israel or grant of rights to a non-Israeli citizen (including grant of manufacturing or R&D licenses) might require prior approval of the IIA and trigger payment obligations to the IIA. Even if a CVC is planning collaboration with an Israeli company outside of the Global R&D Program, it is important to check whether it has received IIA funding previously in case that this undermines any potential plans for collaboration.

6. Watch Out for Standstill Provisions

It is common for Israeli early-stage companies to incorporate so-called ‘standstill’ provisions in their articles of association from as early as a seed or A round (typically before CVCs would choose to invest). These provisions prevent the CVC from increasing their ownership stake in a company above certain thresholds. For CVCs entering in a later funding round where such provisions have already been agreed in a prior round, it may be challenging to negotiate them out of the deal docs. If accepted, it is important to ensure that such stand still provisions do not undermine the CVC’s economic rights, namely the anti-dilution protection which is commonplace in Israeli companies and has the effect of increasing an investor’s percentage shareholding in the case of a down-round.

7. For Regulated and High-Risk Sectors, Know Where The Fire Escape is Located

For CVCs operating in regulated or high-risk sectors, it can be important to have a ‘fire escape’ allowing them to immediately dispose of their shares in the case of reputational issues or difficulties with a regulator. Israel does not have the same rule as is found in many common law jurisdictions (notably, the UK and Ireland) where a shareholder may make a gift of fully paid shares to the company in which it holds shares without contravening the general prohibition against a company purchasing its own shares. As a result, CVCs in an Israeli company would need to negotiate bespoke ‘retraction rights’ with the company or its controlling shareholders if this is a point of concern.

Amidst the current market hype, CVCs are understandably focused on getting into the right deals, by showcasing potential synergies, partnership opportunities, beta testing, POCs etc. However, in the words of Benjamin Franklin, “by failing to prepare, you are preparing to fail”. Experienced CVCs heed these words, knowing that market conditions, corporate priorities and business models can change over time. Venturing into new global tech corridors – particularly Israel – is an attractive proposition but the right kind of preparation never goes amiss.

About the Author
Originally from the UK, Adam has lived in Israel since 2012. Adam is a partner in one of Israel's leading law firms, Herzog, Fox & Neeman, and advises international VC and PE investors on investments, M&A and other commercial activities in the Israeli tech ecosystem.
Related Topics
Related Posts
Comments