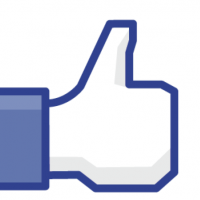 The Blogs
Shareworthy
Apply for a Blog
Please note that the posts on The Blogs are contributed by third parties. The opinions, facts and any media content in them are presented solely by the authors, and neither The Times of Israel nor its partners assume any responsibility for them. Please contact us in case of abuse. In case of abuse,
Report this post. From biased headlines in the international press, to the BDS movement, to the rising tide of anti-Semitism and anti-Zionism sweeping across the world, we got the memo:  There are a lot of people who really don’t like Israel.

But you know what? These shmucks get enough air time as it is, so we’re going to take the focus off of them for a change, and instead talk about the wonderful people who have stood with Israel in 2013.

These Bedouin IDF soldiers spend their waking hours on the front line, protecting Israel from terrorists….

Yes, Ashton Kutcher, who is waaaaay more than just a pretty face. This year, he talked tech and inspiration in Israel… and apparently, he learned the secret to success a long time ago: From his Kaballah teacher in Tel Aviv.

So, Israeli Arabs do not have to serve in the IDF — and deciding to enlist is pretty taboo in most Arab communities.  But Father Gabriel Naddaf is hoping to change that: “We are all in the same boat. Why shouldn’t we serve?” And apparently, in large parts thanks to his efforts, conscription among Christian Arabs has seen a threefold rise.

Because they defied Roger Waters et al, and played amazing shows in Israel.

Amar’e Stoudemire, the New York Knicks star is ready to cast his lot in with the people of Israel. Literally. We hear he’s seeking Israeli citizenship.

Apparently, at least one world leader has our back. Canadian Prime Minister Stephen Harper has been staunchly supportive of Israel, and he’s even planning a visit here in January.

30 devout Christians, excommunicated from their communities for non-conformity (flying on an airplane to Israel anyone?) came to Jerusalem to apologize for not alleviating the historical suffering of the Jews.