As an observer of Jewish-Christian relations, I was fascinated to learn that our Chief Rabbinate shares an important feature with the Vatican — retirement at age 75. The significant difference, however, is that while all bishops resign at 75 and it is up to the Pope whether to accept their resignation or to ask them to stay on, the Chief Rabbinate seems to employ the age clause only in order to get rid of rabbis upon whom it looks unfavorably. This is the case with Rabbi Shlomo Riskin, Chief Rabbi of Efrat, whose leadership may be revoked by the Chief Rabbinate. 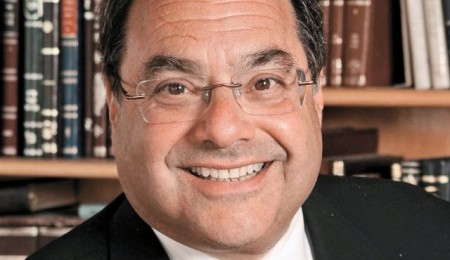 As an observer of Jewish religion, and one who cares deeply about its well-being, I look with pain upon one further manifestation of religion gone awry in Israel and upon the sinking to ever lower depths of its official Jewish organ, the Chief Rabbinate.

The story of Rabbi Riskin should concern us all not because of his personal fate. He is too great and accomplished to be truly affected by whether or not he carries the title of Chief Rabbi. In fact, there is probably not a single genuine religious leader in Israel who does carry that title. Our leaders are recognized by their communities, rather than appointed by government organs. This is as true for the Ultra Orthodox world, as in the case of Rabbi Shteinman, as it is for more moderate streams, as in the case of Rabbi Steinsaltz, or for the so called Torah-world, where heads of Yeshivot provide leadership, rather than local rabbis. It has been a very long time since a true leader bore the title of Chief Rabbi, of Israel or of a city. Rabbi Riskin is a true leader and so the title matters little.

Still, the story at hand is sad because it contrasts what religious leadership could be with what it has become. Let us consider what makes Riskin a true rabbinic leader:

1. Rabbi Riskin is the rabbi of a community. The Israeli rabbinate has little sense of community, except for small yishuvim, where the very nature of the locality is one of community. The reigning model of the rabbinate is that of the religious functionary who oversees religious services and delivers occasional teachings. Rabbi Riskin brings to the rabbinate a different model, growing out of his experience as a leading modern-orthodox rabbi. It is a community-based model, where the rabbi serves a community, is sensitive to its needs and is ultimately both a member of the community and its leader. There is a deep divide between how the rabbinate is practiced in the United States and how it is practiced in Israel. The extreme lack of popularity of the Israeli rabbinate has led to repeated calls for a community-based model. Riskin is the foremost example of a community based municipal rabbi in Israel. The community-based model of leadership has been the classical form of Jewish leadership for centuries and to a large extent remains the governing model even today, as various communities – Chassidic, Lithuanian, sefardi, dati-leumi etc. – gather around their recognized leaders. The Chief Rabbinate is really the anomaly, drawing its power from the Knesset, and creating the illusion of Vatican-like centralized religious authority. But in reality such authority is extremely limited. The attempt to portray Rabbi Riskin along the lines of employer and employee (see Rabbi Avrohom Gordimer’s article siding with the rabbinate against Rabbi Riskin) is fallacious and an expression of the corrupting influence of state empowered rabbinic authority. Had Riskin been an employee of the chief rabbinate, he could have been fired long ago and there would be no need for seizing an age-related technicality to do away with him. In a best-case scenario, the Chief Rabbinate would function not like the Vatican, but like Lambeth Palace, the Anglican leadership that seeks to balance differences within the Anglican communion, maintaining unity within the plurality of a religious worldview. This seems to be Riskin’s message, a message the Chief Rabbinate is unable to grasp.

2. Rabbi Riskin is loved by his community. Witness the warmth of support shown by the city council of Efrat, in support of his cause (Hebrew). This is no small feat, given how the rabbinate is viewed in Israel, and stems from his communal leadership, as well as from his person. I ask myself how many city rabbis in Israel are really loved by their communities. I can only think of Rabbi Grossman of Migdal Haemek.

3. Rabbi Riskin is a teacher. It would seem this is part of the job-description, yet most rabbis do not really serve as teachers, mostly because they do not have a meaningful teaching to offer. Rabbi Riskin is a teacher of his community, but even more significantly, of the Jewish people at large. He is one of the few voices that has both something to say and actually says it. Consider his weekly Torah teachings, published in the Jerusalem Post. Consider his commentary on the Passover Haggada. Much like Rabbi Israel Meir Lau, author of another commentary on the Haggada, he is one of the few voices that knows how to address the public at large.

4. Rabbi Riskin is an institution builder. Most city rabbis acquire their position by appointment, enjoying the structures, stability and salary, provided by the state. Riskin has created a suite of institutions that is nearly unsurpassed in scope. It includes yeshivot for different ages, schools for both genders, rabbinical training institutes and institutes for sending rabbinic emissaries abroad. Maybe even more fundamentally, he was instrumental in establishing Efrat. The irony of the present situation is that Riskin may be removed as Chief Rabbi of the very city that he was instrumental in establishing.

5. Rabbi Riskin understands and addresses the challenges of present-day Judaism. Jewish leadership is dynamic. It must affirm the enduring value and values of Judaism as new circumstances and challenges arise. True Jewish leaders are those who have been able to confront challenges and articulate a Jewish response to societal changes and other historical challenges. The Chief Rabbinate and most of Orthodoxy and Ultra-Orthodoxy is locked in a defensive position in relation to a host of contemporary challenges, seeking to protect and defend Judaism from the onslaught of change that it perceives as threatening to the authenticity of Torah-true Judaism. Very very few rabbinic leaders are able to tackle the challenges of the times directly. The issue of women and their status in religion, either as subjects of halacha or as leaders, is probably the most contested issue of the past decades and has been at the forefront of change in all denominations. Riskin has been willing to tackle the challenge directly. He has addressed issues of aginut (women who have lost their husbands, but are not free to marry) as well as making bold moves in involving women in positions of leadership, without compromising halachic boundaries. It seems to me that it is not any particular position that Rabbi Riskin has taken that is the problem. Rather, it is the very willingness to enter into dialogue with contemporary reality and its challenges, a willingness that is at the heart of a community-based leadership, that has drawn upon him the irk of the rabbinic establishment. And yet, this is the stuff of true rabbinic leadership.

6. Rabbi Riskin is informed by a view of the entire Jewish people and its present day reality and not simply by a detached view of Torah in its ideal implementation. One would think all rabbis are. In some way they are, of course. Yet, for most of them, their view of the Jewish people is often idealized, providing rationale for keeping things as they are. Rabbi Riskin belongs to a class of rabbis who are willing to pose the question of what needs to be changed, or adapted, while keeping one eye on the integrity of the halacha and its processes and the other on the contemporary reality of the Jewish people and its capacity to receive and apply the Torah. Recognizing the range of options in halacha, he is willing to make the fundamental move of asking what is appropriate for the Jewish people today. His recent stand in favor of the new conversion bill, a bill that the Chief Rabbinate considers as undermining its authority, though by no means one that undermines the authority of halacha, was justified in just these terms. New processes must be put in place if we seek the well-being of the Jewish people as a whole.

7. Rabbi Riskin has a view of Judaism’s message for humanity and is active in Jewish-Christian relations. For me this is one of the most telling aspects of Rabbi Riskin’s leadership. For the record, there is no Jewish rabbi in the state of Israel, who has founded a center for Jewish-Christian relations. Except for Riskin, that is. Most rabbis only look inwards to the needs of the Jewish community and only under pressure of their position engage in the occasional encounter with members of other religions. Rabbi Riskin has been a systematic practitioner of Jewish-Christian relations. He has built a center in Efrat dedicated to such work. He receives, teaches and engages with certain sections of Christianity on a regular basis. He heads up one organ for Jewish-Christian dialogue, the Israel Jewish Council for Interreligious Relations. And he has taken bold steps in addressing Christianity both in speaking to Christians and in speaking to Jews. In speaking to the former, he has been daring in upholding a positive view of Jesus, following little known rabbinic precedent of rabbis such as Rabbi Yakov Emden. And he has been brave in taking a stance that does not consider Christianity to be idolatrous, therefore permitting entry into churches, going against an increasing consensus of present-day rabbis, who have all but rewritten the nuanced and rich history of Jewish views of Christianity in favor of a view that considers Christianity to be idolatrous and ultimately illegitimate. This takes courage. This takes leadership. Rabbi Riskin is almost unique in the Jewish world for the courage and leadership he manifests. 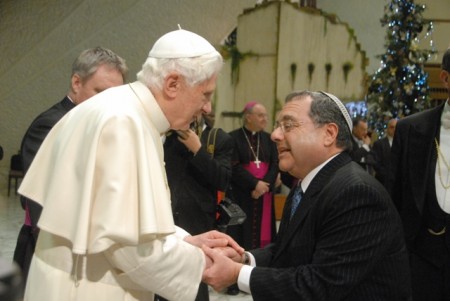 The 7 points above are 7 reasons why Rabbi Riskin is one of the finest Jewish leaders today and why he should not be removed from his post. If he is removed, it is the system itself that will lose, in its inability to contain multiple voices and to uphold a model of Jewish leadership that is community-based and receptive to the challenges of the hour. On second thought, maybe it is best that Rabbi Riskin does leave the fold of the Chief Rabbinate. There are too many forces ready to part with a dying institution that may be adding a nail to its coffin in dismissing him. Maybe it is time for a revolution. And maybe this revolution requires a leader of Riskin’s stature.