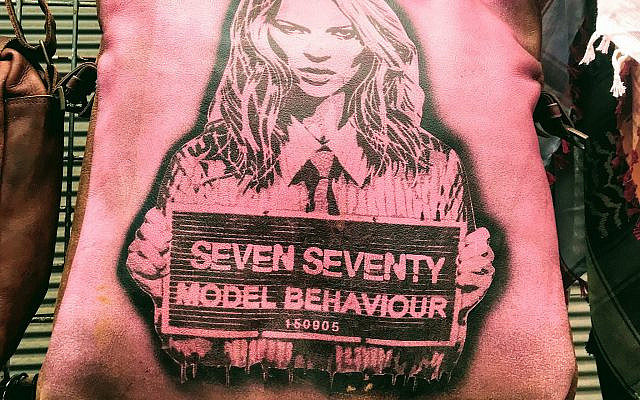 Chabad, located at the famous 770 is a great influence on me and on my views of Mashiach, so I got to thinking what is it about the number seven and the Mashiach that really all clicks together.

It all starts in that G-d created the world in six days and rested on the seventh. Similarly, Judaism teaches that for up to six millennia we will live in earthly trials and tribulations, but then by the seventh millennium, the Mashiach (messiah) will come.

In the fascinating book, The Future, by Rabbi Lawrence Hajioff, he explains that the Mashiach will bring the world to the holy recognition and acceptance of G-d, restore the Kingdom of David Ha’Melech, rebuild Jerusalem and the Temple, gather the people from around the world to Israel, reestablish the Sanhedrin legislature and courts, and restore the laws connected with the Temple, such as the sacrifices, etc. Moreover, this will be a remarkable time of healing, plenty, and peace for all the peoples of the world.

Remarkably, as only the one true G-d, Hashem, could do, He has anchored the holiness of seven in the human experience of both time and space as well as in Jewish history and culture:

Clearly, the number seven is an absolutely critical element in Hashem’s Divine planning and execution of our existence. There are so many manifestations of seven tangibly anchoring our physical world of time and space as well as in Jewish history and culture that as we approach the seventh millennium, we must acknowledge that we are on the verge of the long-awaited redemption.

Additionally, after 2,000 years of exile culminating in the horrors of the Holocaust, we have witnessed, with our own eyes, the re-establishment of the State of Israel; the blossoming of the deserts; the growth of the holy capital of Jerusalem; the ingathering of our exiles, and the might of the Israel Defense Forces, all according to G-d’s stated plan.

Shabbat and the Redemption

There can be no doubt that the long-awaited completion of our redemption and the coming of the Mashiach by the Jewish year 6,000 (the beginning of the seventh millennium) is established no less than the Shabbat, which is the seventh day of every week for us. The Shabbat, in fact, is considered a covenant between G-d and the Jewish people, and so too, according to Maimonides’ “13 Principles of Faith,” we trust in the coming of Mashiach:

I believe with perfect faith in the coming of the Mashiach, and though he may tarry, still I await him every day.

In just a few weeks, the Jewish New Year, Rosh Hashanah, year 5,783 (since the creation of the world), will be upon us. That leaves only 217 years for the Mashiach to arrive, and even sooner if we merit it! May G-d bring us salvation, mercy, and blessings for this extraordinary time in history and for our ultimate connectedness to G-d Almighty.