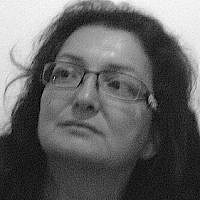 The Blogs
Rachel Selby
Apply for a Blog
Advertisement
Please note that the posts on The Blogs are contributed by third parties. The opinions, facts and any media content in them are presented solely by the authors, and neither The Times of Israel nor its partners assume any responsibility for them. Please contact us in case of abuse. In case of abuse,
Report this post.

On Tuesday we commemorate 70 years since the liberation of Auschwitz on January 27th 1945. To mark 70 years the United Synagogue in the UK has launched a massive initiative called 70 Days For 70 Years.

Now those survivors are very old and in another generation the number 6,000,000 will be a number without personal connections.

In his last letter dated Vilna 1941, David Berger wrote, “I should like someone to remember that there once lived a person named David Berger.”

For a few years now we have been shifting our focus from numbers to real people. For 70 days from the 70th anniversary of the liberation of the extermination camp at Auschwitz I will be taking part in this project spanning nine countries and in four languages.

In the UK 70 Days for 70 Years was launched today, Sunday. In the USA it will start on Tuesday. Thousands of people across the globe will be learning every day for 70 days in the name of someone murdered in The Shoah.

The lessons are in the form of short essays, no more than four pages long, written by top Jewish scholars and Rabbis. You can buy the book, and if you do it comes with the name of the person you can learn for.

Alternatively you can read the essays on the official 70 Days for 70 Years website where the essays will be posted each day. In this case you can go to the Yad Vashem Names Database on their website  and choose your own person to learn for.

You can also find 70 Days for 70 Years on fb and participants are tweeting with the hashtag #70days70years.

I am learning to remember that there once lived a person named Gezela Lorinz nee Noilander. She was born in Oradea Mare, Romania in 1885 and died aged 59, in Auschwitz, 1944.

Who are you learning for?

About the Author
Rachel Selby was born and grew up in London and is now a single mother living in Jerusalem. She has her own blog about being a single mum in midlife.
Comments 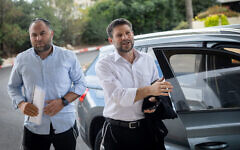