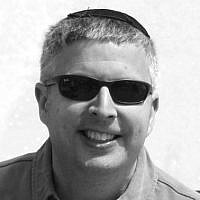 The Blogs
Derek Saker
Apply for a Blog
Advertisement
Please note that the posts on The Blogs are contributed by third parties. The opinions, facts and any media content in them are presented solely by the authors, and neither The Times of Israel nor its partners assume any responsibility for them. Please contact us in case of abuse. In case of abuse,
Report this post.

Many in our Jewish world refer to the increasing challenges faced by singles as a ‘crisis.’ As such, you might think there is a need for ambulatory type intervention.

Recently a new organization Ezras Nashim was launched in Brooklyn, New York that provides female-only emergency services similar to Hatzalah. It has been a bold-step by these brave and very professional women who are driven not by feminism, but a passionate desire to help others, and early on realized they would have to modestly step outside of the box and break barriers – to realize their dreams.

So to in the world of Jewish online dating for marriage.

In the traditional world of offline Jewish dating, it is by and large the woman that plays second fiddle. She must await for someone else to make a recommendation or suggest an introduction.

And even in those rare occurrences of social interaction, (in a modest environment) a woman for many understandable reasons, will not typically walk up to a potential suitor, and introduce herself.

Welcome to the transformational world of JWed.com.

When we purchased Frumster.com in 2003, what surprised us then was that a very significant majority of women members were from a Bais Yaakov type background, who at age 25, and not married, had nowhere else to turn.

These were women who were not necessarily extroverts, or natural initiators of conversation with the opposite sex. On the contrary, they were modest religious young women who had little social interaction with men at all.

But B”H many found and find success on JWed.com.

Today with almost 2,500 married,  70% of these marriages resulted from female initiated communication.

That is not to say these ladies throws themselves with words of romantic poetry, or an innate love for all things cooking and kitchens.  Rather they take the time to reflect upon one another’s online profiles and reflect the possibility that they may have values and outlooks in common.

So Why Do Women Initiate?

Within a secure and anonymous environment of JWed.com female members feel they have not only nothing to lose, but everything to gain by taking the initiative.

Most importantly, most female members know acutely what they themselves are looking for and as such, given the enabling environment of JWed.com – they take the driving seat!

And How Do Single Men Feel Who Are Recipients of Initial Contact?

In a recent survey we did with the now-married men from JWed.com, almost all expressed the initiated contact as a welcome surprise, and one that in their mind, did not infer that the woman must be ‘desperate.’

On the contrary, these men admired the determination and tenacity of what would become – their future wives!

Just One Success: Judith and Hilton

Take just one example of so many – Judith and Hilton.

Judith decided to sign up and give the online world a try.

As she explains “Hilton twice visited my profile but failed to contact me. I liked his profile and was curious why he wasn’t writing. So brave as I was, I wrote him a message and from there on it was like a travel through space with light speed engines!

We appreciate every day the blessing Hashem gave us of bringing our souls together. May our story inspire everyone searching for his or her Bashert in life. No continent is too far, no situation is too difficult – Hashem will find His way! “

See their picture and full story by clicking here.

And remember, if anyone still believes women are bad drivers – just refer them to JWed.com and Ezras Nashim!