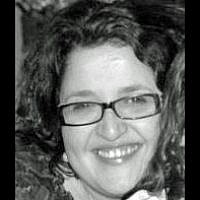 I am really getting sick about what I am reading on social media about the refugee crisis. The amount of justification to do nothing is staggering, as is the ugly shaming, that they’re all terrorists, that they’re all ISIS, that it’s on others to help instead of us, that it’s Muslim culture, that we shouldn’t help for x, y, z reason.

I call bullshit on it all. People are suffering. Period.

Yes, it’s complicated and  yes, any solution has far-reaching ramifications which have to be considered.  But why are (most) of the world’s leaders doing nothing but paying lip service?

Because we are not demanding them to.

This could be us, our parents, our children. For those of us with ties to the Holocaust, IT WAS US. The world, with the exception of a few, were indifferent to our suffering, our murders, our devastation.  How can we, with our deep wounds and our humanity justify no action?

It’s shameful to justify doing nothing.  Governments need to act to end the suffering.  NOW.  Whether that means safe and secure refugee camps, a security corridor or asylum.

We all claim to be such great humanitarians. If we cannot put down our defenses at the sight of such terrible suffering and indifference, than what, exactly, will cause us to act?

As human beings we have to draw a line in the sand.

My line is when a dead 3 year old washes up dead on a beach.

And it doesn’t matter if he was a Kurd, Turkish and not Syrian or whether his parents have ties to terrorists or they hate Israel. A 3 year old, any 3 year old trying to escape to find a better life washes up dead on a beach. That’s my line.

“The only thing necessary for the triumph of evil  is when good men do nothing.”  –Edmond Burke