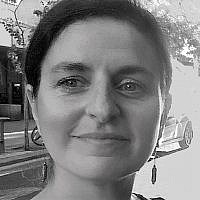 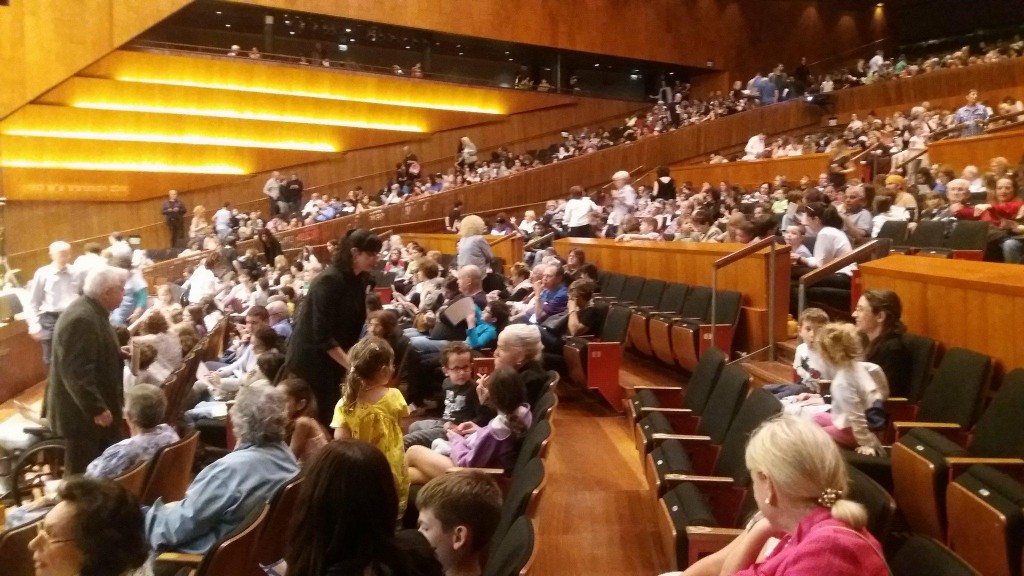 The auditorium of the Israeli Philharmonic was filled with hundreds of children, yesterday. On the special concert they were listening to music of Elgar, Tchaikovsky and Smetana, learning about the national anthems in general and learning about the way the Hatikva made the journey to become the Israeli anthem, the journey along the Jewish people who had no land, but had hope. Ha- tikva.

Together with the fantastic cantor Shai Abramson, all those kids sang a song: we were born here and Hatikva. I was truly moved, because if those Israeli children grow with music, there must be not only hope, but believe that 70 years of the modern state of Israel it is just a beginning of our story, here. Because if there is culture, not just politics, there is also the nation – that is at least, what I always think.

So that not standard way, I begin this year’s celebration of the Israeli Independence Day.

I must say, Yom Hazikaron and Yom Ha’atzmaut each and every year I find emotionally confusing to me. The first 24 hours hard as hell, the second – happy as possible! And each time I am asking the same questions, how can one make such a switch from the Yom Hazikaron – The Memorial Day, The National Remembrance Day to the joy of celebrating The Independence Day – Yom Ha’atzmaut? Why is it together? Without a break? I know historical answers, in fact, in first two years of the modern state it was celebrated together, but as psychologist by education, each year I have doubts and questions about the emotional fusion. And each year I discover the phenomena of Tzabras – born in The Land Israelis.

Last year, an evening before Yom Hazikaron, I asked some of random Israelis I met on the special memorial picnic style gathering in a park, how they deal with this baggage of extreme emotions in such a short time. People in their twenties, thirties, forties met in the Park HaYarkon, the biggest Tel Aviv park, to sing together songs, either dedicated to the fallen soldiers or written by those of them who were killed… Only one person told me he thinks there is something wrong to commemorate those who lost their life for the state and to celebrate independence, without a day of break. He said it’s very hard for the families who lost their children. And I would imagine so…

But others, who I spoke to, told me, that there would be no free state without a sacrifice, so we cannot enjoy the happiness without thinking of how it was achieved, not having the price paid for the independence, in mind.

Someone made a point, there is a similarity in the Jewish religious holidays. Most of the time we are happy, because we, as a nation, have overcome the danger. In simple words: someone wanted to kill us, destroy the Jewish nation, but we survived. When you look for example at the Purim story or Chanukah, you can see that ‘yesh matzav’ (“there is a chance”, more literally it cannot to be translated, but you can hear this term in Israel often, so good to know)… To celebrate freedom and independence, we always have to fight for it first.

Thinking of other countries and the political situation in world nowadays, can there be any freedom without memory? Can we be happy, forgetting about the past? That refers to any country, I guess. But in Israel the past is the present. The history is now…

This year it is double bitter to me, the celebrations of 70 years of Israel are on the same day as 75 years of the Warsaw Ghetto Uprising. Bitter, as I miss those who lost their lives there, including the aunt of my mother, I have never met. Bitter as the they fought for the dignity, but with no hope for life. To appreciate Israel, I feel owe to them.

Israel is definitely not an easy place to live, but the re-birth of the Jewish state, the fact that it exists, it’s a modern miracle. Jews were dreaming about it for thousands years, were unwelcome and persecuted in so many places in the world and 70 years ago there were people who had courage to declare the independence of the state! The impossible became possible, on that little biblical piece of land (if you have never visited Israel, try to imagine that you can drive from Tel Aviv to Jerusalem one hour and from the North to South 5 hours; or just look on the map again, zoom it out and see the tiny Israel surrounded by big Arab countries).

Israel are the people. When I visited Israel for the first time, I was 16 years old. Soldiers were older than me. Now when I look at them, I realize this country is in hand of kids. Boys and girls, who straight after high school serve in the army. You can often see them in the other situations when as any other teenagers they are wild, noisy and sometimes trouble makers, but the responsibility that is put on their arm is so huge that most of them are growing up to that fast.

So when you look at them each year during the big ceremony on the Rabin Square in Tel Aviv, you want to say: thank you.

Once I walked back from Kikar Rabin, where thousands of people for 3 hours, in overwhelming silence, where giving respect to soldiers killed. I will never forget the pregnant women in a black dress. Was she saying goodbye to the father of the unborn baby? I don’t know… The sadness on her face was so profound, I will never forget. I was looking at those young people that were, are now or will be soldiers in the future. And probably most of them lost someone they knew or loved.

On this day Israelis go to the cemeteries, have commemoration in schools, workplaces, at the promenade in Jerusalem, in all the little towns…

It will start with the siren at 8PM tonight, Israel will stop first for the Yom Hazikaron. The next day on the Mount Herzl at the same time with the sundown, the flag of Israel will return to full staff, to start the Independence Day. On the same Kikar Rabin will be a concert and fireworks. Israel will be one big crazy street party; people will give elegant cocktails parties and all the other celebrations that can be done. Having in mind the price for the independence, we will have even more fun! Maybe because we (yes, I say we) all know here, it’s not for free to be free. Israel cannot be taken for granted.