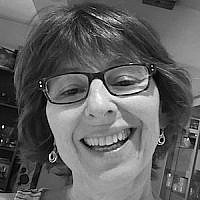 July 17th, 2021 marked 26 years since my family and I left our comfortable life and made aliyah from the US, where religion and state are separate. As a card carrying Conservative/Masorti Jew, I have, over the years been part of many struggles for religious pluralism in my true homeland. I have witnessed so many painful moments, and have had dirty diapers, bottles, spittle, chairs and blood curdling insults thrown at me, mostly on site at the Kotel, and at Robinson’s Arch, the government designated egalitarian section of the Kotel, that for so many of us is a tiny slice of heaven. July 17th this year was also Tisha B’Av, when a deliberate, premeditated, publicly advertised and very hostile takeover took place at the hands of extremist yeshiva boys and girls who were led there by their supervisors (IMHO people with such disregard for other Jews have lost their rights to the title Rabbi). To see the hasty construction of mechitzot (dividers between men and women) in this egalitarian holy place, along with hundreds of young people who were “used” by their leadership, was among the most horrible things that I have witnessed. Tisha B’Av, the holiday that commemorates the destruction of Jerusalem due to baseless hatred (sinat chinam) was replayed in front of our eyes.

Let’s back up a step. I am the Chairperson of a Conservative/Masorti egalitarian shul in Jerusalem, Kehilat Ma’ayanot, that usually sponsors a heavenly Tisha B’Av service a few blocks from our shul on the Tayelet, the promenade with breathtaking views of the Old City of Jerusalem. Earlier in the week when I saw the publicity put out by the extremists, I lobbied the Board to cancel our usual service in favor of lending our support to the annual service sponsored by the Tnuah Masortit (Israeli Conservative Movement) at Robinson’s Arch, also known as the family kotel, or Ezrat Yisrael. The Board agreed, a bus was ordered, and 42 people set out for an evening that we all hoped would be peaceful. Boy, were we wrong.

The internet is full of brutal accountings and videos of what happened that night, so I won’t be repetitive…instead I want to share with you a once in a lifetime moment that I witnessed that will stay with me forever. Meet Esti (not her real name), who will be turning 80 on Simchat Torah, please God. Esti joined Ma’ayanot about 8 years ago after standing behind the mechitza in the conventional Dati Leumi (modern Orthodox) world all of her life. She was thrilled to find a place to pray right in her neighborhood where women were equal to men. Esti comes to shul every week without fail, and sings joyfully (and beautifully) along with the prayers, often being given an aliyah, which is still exciting for her, even after 8 years. She comes 45 minutes early to study with a small group of people who sit together every week before shul. I am sure Esti knows the davening back and forth, but she has never been willing to lead any services; she says that it is too much for her to take on at this stage of the game.

Esti came on the bus, too, having no clue what awaited her there. During the provocation that night, I made sure to stand right next to the yeshiva boy who was screaming out his prayers to drown out the person from our group that was reading Megilat Eicha, the Book of Lamentations. I was trying to hold my/our ground, and after all, he came to this place knowing that a woman might stand close to him…surrounding this young man were many little boys, aged 8-11, who screamed along with him at the top of their lungs. All of a sudden, out of nowhere, Esti, standing directly in front of and facing this wild-eyed, frenzied screaming yeshiva boy, starts chanting perfectly in a clear loud voice: “Eicha, yashva badad, ha’ir, rabati am, haita, k’almanah”…”Alas! Lonely sits the city once great with people. She that was great among nations is become like a widow”. I was stunned. And so proud. Esti, who sat behind a mechitza for 72 years, wasn’t gonna take it anymore! It felt like the voice that had been silenced for so many years, just bubbled up inside of her and spilled out at just the right moment. Like she had been chanting publicly all her life…It was a sight to behold, and one that I will never forget.

It is not clear whether the recent surprising voices of condemnation of Ateret Cohanim’s actions heard from several leaders in the Orthodox world will give those young men and women pause for thought. But I do have one small hope. Maybe, just maybe, they will always carry with them the memory of Esti, the almost 80 year old grandmother, who, because of their shameful provocation, was moved to chant Eicha right in their faces…maybe as a result, one of them will go back to the yeshiva, and ask him/herself or a supervisor “What were we doing there tonight? Could God really mean for us to bring this kind of violence into the world? Especially today?”

Looking forward to celebrating with you Esti at Ma’ayanot this Fall…you rock! 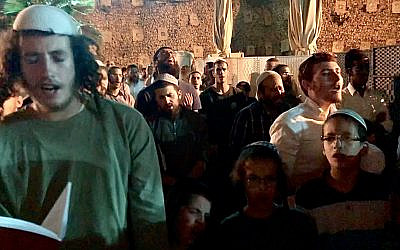 About the Author
A 26 year Jerusalemite, Rena hails from South Jersey and got her BA and MA at Penn. After years as a devoted Jewish communal servant/ Zionist educator, today she loves the independence of working with her Rabbi/tour guide husband doing B’nei Mitzvah for families celebrating in Israel. The proud mother of 2 sons, 2 daughters, a daughter in law, a son in law and a dog, her best days are when her children thank her for making aliyah.
Related Topics
Related Posts
Comments