It’s amazing how many things go on at once, all true, all living in untouching worlds.

Earlier today, there was a murder on Long Island; a man with a gun invaded a Stop & Shop and shot three people. One died. Eventually, police captured the suspected murderer.

My sister-in-law works in with special-needs students in a public school. Some of them are severely disabled. The school, close to the West Hempstead supermarket, was on lockdown.

So there were these students, hampered by their disabilities, further burdened by pandemic restrictions, then locked into their school as a man with a gun terrorized the neighborhood.

We can help the special-needs students learn to live, even sometimes to flourish, with their disabilities, but we can’t make them go away. We can do everything we can — follow CDC guidelines, mask ourselves and stay socially distant, get vaccines as soon as we are eligible for them — but we can’t make the virus go away and undo the harm this last year of isolation has caused.

In the end, my sister-in-law and her students were okay. The gunman fled in another direction, and he was caught. The day veered away from being uniquely terrible for them to being only ordinarily traumatic.

But can’t we do something about guns? They’re not a force of nature. They’re not the result of genetic coding. They’re not mindless, heedless viruses. They’re human-made weapons of destruction. Over the last month or so, for reasons that we can’t quantify but intuitively seem connected to the pandemic, to the frustration and fear and loneliness that have affected so many of us, mass murder apparently is back.

Surely we can do something to stem that terrible tide.

Meanwhile, we still have to deal with the effects of the isolation we’ve lived through since last March. In this issue, two organizations — Project SARAH, which works with victims of domestic violence and sexual abuse in the Jewish community, and Refa’enu, which provides support for people with mood disorders and their family and friends, again in the Jewish community — both are offering programs this month. Project SARAH’s is its annual fundraising breakfast, online this year, and Refa’enu’s is its resumption of groups for family and friends, also online.

The two groups deal with very different issues, but what’s striking is how similar their message is. Both of them want people to understand that they are not alone.

They are not the only people facing their particular set of problems — suffering from physical, emotional, or sexual abuse, or dealing with mood disorders, either their own or those of someone they love. Instead, they’re one of a community of people facing those problems.

Moreover, it’s not their fault. No one wills their own mood disorder into being. No one is beaten up, verbally assaulted, or sexually abused because she (or he) asked for it, invited it, or is so stupid, ugly, and hopeless that she (or he) deserved it.

These all are problems that folklore and wishful thinking tell us do not exist in the Jewish community. That is wrong. They do. The sooner the community faces that, the better.

The truth, as Project SARAH’s Elke Stein put it, is that “people are people.” No one is immune from the problems that people face. Even if we live in a bubble, as each of us has this year, our common humanity — both our strengths and our weaknesses — comes through.

Let’s hope that as we emerge from this terrible period, we will have the goodness to acknowledge each other’s full humanity, including our weaknesses, and that we can come together to help rid our society of the scourge of gun violence.

Current Top Stories
After Meron calamity, Haredim question the price of their own autonomy
Haviv Rettig Gur / Times of Israel 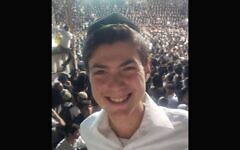 At least 6 Americans, including 3 teenagers, among victims in Israeli stampede
Stewart Ain / JTA 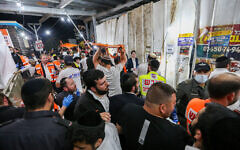 Mount Meron, the disaster everyone knew was waiting to happen
David Horovitz / Times of Israel 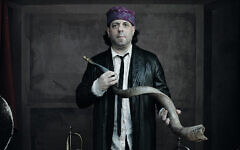 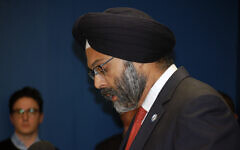 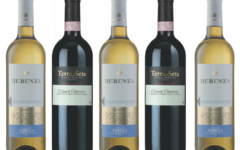