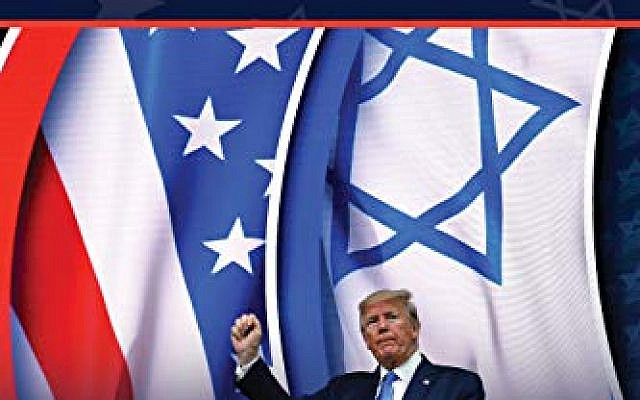 In 2022, the unsettled character of American politics will itself be on display this fall. For Democrats, this election is preserving democracy; for Trump and the Republicans, it is about pushing back against perceived wrongdoing and a “stolen” election.

In this cycle, we anticipate the fall-out over the Supreme Court’s decision to alter Roe v. Wade as a high-profile issue for many. The state of the economy, gun violence, climate change, immigration and education represent other important considerations for Jewish voters in 2022.

In a highly fractured American polity, voting has become a priority, as it represents the primary outlet for most citizens to represent their political interests and concerns! No doubt, the rise in hate crimes and the presence of anti-Semitism serve as critical new realities, as Jews worry about the state of this republic and deal with a rising anxiety in connection with their security.

As has been noted elsewhere, Jews are deeply embedded in the American political system, as borne out by the fact that there are currently ten United States Senators who are Jewish and some 27 House members. Politics has become a particular outlet for Jewish expression and engagement.

The Rise of the Independent Jewish Voter: As I have had occasion to note in a recent publication, there has been a shift among some younger voters in becoming “independent” voters rather than identifying with a particular politcal party.

The Financial Roles Played by Jewish Political Activists: As with past campaigns, Jews continue to support a wide array of political campaigns and causes. Younger Jews seem particularly energized and are deeply engaged in different elections for this fall, along with supporting specific causes.

The High-Profile Role of Jewish Political Commentators: As we know Jews are extremely engaged in the American political story, and one specific manifestation of that activism can be seen in the literary and advocacy roles performed by a broad sector of writers, commentators and in the continued engagement of Jews as candidates for all levels of government.

Why Some Jews Tend Not to Vote? While Jews vote in extraordinary high numbers, there has been a more recent tendency to see some fall off in such levels of participation. Why? Political fatigue is a factor touching a segment of voters, with a sense of frustration and tiredness entering American political culture.  A second factor involves a long-held notion that political activism is not transforming outcomes and thus a resignation that the political process is unchangeable. For some voters access to polls or preparing mail-in ballots is simply not an easily achieved function due to age, financial, or health considerations.

First Generation American Voters and their Distinctive Behaviors: Recent community population studies reveal an abiding sense of conservatism among such voters, uncertain and fearful of liberal political ideas and goals. Some of this discomfort with liberalism is seen as tied to one’s national political experiences. Coming to the United States from authoritarian regimes, as an example, does not necessarily generate a counter political response but rather may reinforce a heightened focus on national security, a strong pro-Israel response, and defined push back against radical domestic change. These patterns can be found among Jewish emigrees from Russia, Iran and Israel.

Who are the Jewish Conservatives? Beyond some first-generation voters originally from Iran, Israel and Russia, the Jewish conservative sector is comprised of a growing Republican base within the Orthodox community, a deeply embedded group of upper- and middle-class Jewish conservative voters, joined by some Independent voters as well. Overall, Republican Jewish voters generally make up about 20-22% of the community’s vote. For these voters, identity politics is particularly significant as they seek to advance a strong pro-Israel agenda, give attention to national security concerns, and adopt other corollary positions, aligned with Republican Party interests.

How we Measure Jewish Political Activism? Various political studies, both nationally and locally, provide us with some insights into distinctive political patterns: voters who attend rallies, others who sign petitions or regularly write letters to elected officials or to newspapers or participate on social media, and a third group, as noted above, that include active contributors to political causes. The data here is noticeably high among Jewish voters.

The Libertarian Jewish Phenomenon: Political scientists note the specific behavioral characteristics of outlier voters. Jewish libertarians represent this sector. Bucking the more traditional patterns of Jewish liberal voting behavior, this cohort has distinctively defined its economic and political interests, rejecting some of the historic roles of government in favor of a laisse faire model of governance, while promoting a more heightened role for charitable and communal institutions to fill traditional governmental functions.

In several key “swing” states, namely Florida and Pennsylvania, and to a lesser degree Ohio,  the Jewish vote will be in play. Major Senate and House races in those states, along with Arizona, Nevada, Georgia, and Wisconsin will increasingly make these states the central battleground arenas for the 2022 campaign.

With 34 Senate seats in contention, along with 38 governorships, and all 435 House districts, this election has significant national implications. In addition, 88 state legislative chambers in 46 states will also be contested.

Some Additional Thoughts on 2022 American Politics:

Of special importance is the “turnout gap” so who really is voting?  While three distinctive cohorts are growing their potential political clout,  unmarried women, voters under 35 and communities of color.

CNN data suggests that these emerging constituencies which by 2030 will account for 2/3rds of the voters in three key states, Florida, Georgia, and Texas, are simply not voting in numbers that are likely at this time to transform election outcomes.[1]

For example, in the 2020 Presidential race, 70% of eligible white voters went to the polls, compared to 61% of African Americans and 52% of Latinos. Democrats had assumed a higher voter turnout of these minority communities, which simply has not materialized. Without the guarantees that they can deliver these newer, younger constituencies along with  minority voters, the only other pathway for victory for the Democratic Party will be to reclaim the white working class, which at one time was the base of this party.

About the Author
Steven Windmueller, Ph.D. is an Emeritus Professor of Jewish Communal Service at the Jack H. Skirball Campus of Hebrew Union College-Jewish Institute of Religion in Los Angeles. Prior to coming to HUC, Dr.Windmueller served for ten years as the JCRC Director of the LA Jewish Federation. Between 1973-1985, he was the director of the Greater Albany Jewish Federation (now the Federation of Northeastern New York). He began his career on the staff of the American Jewish Committtee. The author of four books and numerous articles, Steven Windmueller focuses his research and writings on Jewish political behavior, communal trends, and contemporary anti-Semitism.