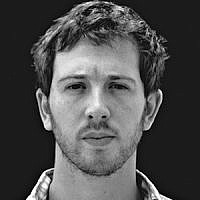 The Blogs
Nadav Bigelman
Apply for a Blog
Advertisement
Please note that the posts on The Blogs are contributed by third parties. The opinions, facts and any media content in them are presented solely by the authors, and neither The Times of Israel nor its partners assume any responsibility for them. Please contact us in case of abuse. In case of abuse,
Report this post.

Yom Kippur is right around the corner, and in line with the annual tradition, Jews around the world are introspectively reflecting on both themselves and the communities to which they belong. As an Israeli, and as a Jew, I feel that as this year draws to a close, we are greeting Yom Kippur with an especially heavy burden. At the start of the year, all residents of the region were weighed down with pain and fear from the death and destruction wrought by the violent conflict in Gaza: 72 Israelis, and over 2,000 Palestinians killed in the Gaza Strip. Unprecedented devastation and overwhelming fear filled the hearts of Israelis and Palestinians alike for days on end. But most of us here in Israel quickly forgot about Gaza and the harsh summer days. From operation to operation we are quick to forget the dead, the wounded, and the destroyed homes.

As a Jew, an Israeli, and a former soldier, I cannot forget, and I expect the same of the society to which I belong. I expect us all to question the orders that guide our soldiers in Gaza. What was the policy that informed these orders? Is this policy decent and correct in our eyes? Perhaps the most painful sin that we have committed this year is our failure to take responsibility for our part in what happened last summer.

A few months ago, we, at “Breaking the Silence,” published a booklet of testimonies from soldiers and officers who served in Gaza during Operation Protective Edge. The testimonies painted a harsh picture. Last summer, the Israeli Defense Force (IDF) disregarded to a large degree, the values ​​that are at the core of the spirit of the IDF. Fundamental values ​​such as “purity of arms” and protection of human lives, became empty words when soldiers received orders to shoot to kill any person in their areas of ​​combat. Or when thousands of artillery shells were fired towards residential neighborhoods. This is not how an army that claims it’s the most moral in the world should function.

Only a few years after the previous round of conflict in Gaza, testimonies and official data released last summer set a new standard for the crossing of moral boundaries: What was an exception only a few years ago, became the norm last summer. During Operation Cast Lead (2009), 3,000 explosive artillery shells were fired into the Gaza Strip. During “Protective Edge” the number jumped to 19,000. As artillery is an indiscriminate weapon, the results are felt in Gaza to this day. The soldiers’ testimonies reveal a policy, and this policy needs to be brought forward for public debate. The foundation for such debate is the recognition that each of us is partially responsible, not only for the way we fought in Gaza last summer, but also for Israeli policy toward Gaza. This sentiment is encapsulated in Rabbi Heschel’s well-known article about how within a democratic society, few are guilty, but all are responsible.

Not only in Gaza have red lines been crossed. Late this July, Israeli settlers allegedly set fire to the house of the Dawabshe family in the village of Duma near Nablus. Ali Dawabshe, an 18-month-old toddler, was killed along with both his parents following the arson. Four-year-old Ahmed is still hospitalized in very serious condition, remaining the sole survivor of the family. The arsonists sprayed a star of David on the walls of the home and wrote: “Long live the king the messiah” and “Revenge.” They set the house on fire in the name of Judaism – in all of our names. Although Israeli leaders were quick to condemn the shocking murder and declared their commitment to punish those responsible (who are yet to be caught), difficult questions were still pushed aside.

What is the connection between individuals who commit arson, and the prolonged Israeli policy of military control over the West Bank? What does the murder share with the reality of segregation and inequality between Jews and Palestinians in the West Bank? Jews live in settlements under Israeli law, benefiting from infrastructure and freedom as citizens of a democracy, while Palestinians live under Israeli military rule that they did not choose. Israeli society renounced the killers, but did not ask itself what lessons it learned from the creation of such a reality that enabled this murder to occur.

The thread that connects both of the issues that I have raised here for reflection is 48 years of military occupation over the Palestinian people, for which we Israelis prefer to ignore our responsibility. This year we refrained from asking ourselves: Is there another way? We preferred to deal with what others do to us, and the threats with which we are faced. By noting this, I don’t intend to downplay their importance, of course, but rather to note that in doing so we have downplayed our own self-exploration. Within the complex reality in which we live, no one argues that responsibility rests solely on the shoulders of one person or even one community. But within the complexity of our reality, nothing can strip us from the responsibility placed on our shoulders upon implementing such policies and facing their consequences.

This year at synagogue upon reciting the “Al Chet” prayer, we must add the sin of 48 years of occupation, and 48 years of ruling over another nation by force. I believe in the power of self-reckoning to strengthen us and open the door for change. Ongoing violence and further rounds of conflict can only be prevented if we act to end the occupation, enabling both nations in the region to lead equal dignified lives.

About the Author
Nadav Bigelman served as an infantry combat soldier in the Nahal Brigade and now works as a researcher for Breaking the Silence. Despite growing up in Jerusalem on Bethlehem Road, a road that can be followed to Bethlehem itself, he was only exposed to Palestinian culture and the reality of occupation when he ended up serving in the West Bank.
Comments