The Blogs
Hayim Herring
Apply for a Blog
Advertisement
Please note that the posts on The Blogs are contributed by third parties. The opinions, facts and any media content in them are presented solely by the authors, and neither The Times of Israel nor its partners assume any responsibility for them. Please contact us in case of abuse. In case of abuse,
Report this post. 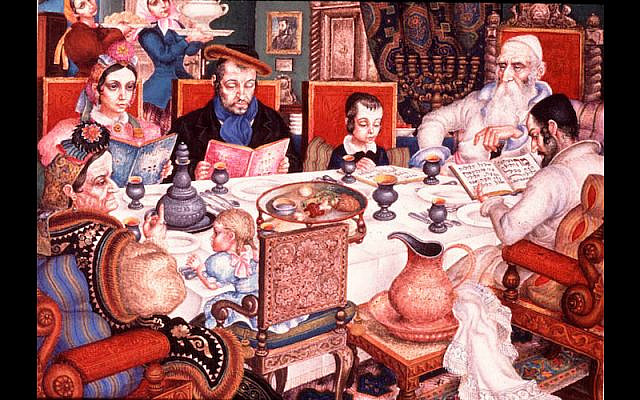 Pesach ends soon, but the Seder should continue because the next Jewish “big idea” is embedded in the Seder’s design. The Seder is often described as the paradigm par excellence for family and experiential education. Those descriptions are true but miss its greatest strength: the Seder is a scalable model of a Jewish intergenerational community. If Jewish communities transform from multigenerational to intergenerational, Judaism will experience a broad-based renewal.

Every Erev Shabbat, I am reminded of the breathtaking span of years between our youngest and oldest generations. There is a 103-year-old age difference between my youngest grandchild and my oldest chavruta! It is amazing but not unusual for families to have such a vast age gulf between its youngest and oldest members. I record a brief parasha story for my Gen Alpha grandchildren and enjoy chavruta study on the parsha with my almost 94-year-old rabbi and 103-year-old friend.

Why is it urgent for Jewish communities to pivot from multigenerational to intergenerational? A few reasons are:

Today, we have multigenerational Jewish communities. Jewish organizations and synagogues segregate children and teens, young adults, middle-aged adults, empty nesters, mature adults, and what I call “super seniors” (age 85 and older). Yes, one-off programs like a congregational Mitzvah Day or federation Super Sunday gather members of different generations together. But can you name a Jewish organization with an intergenerational board with equal representation from three or four generations? Or which synagogue has realized that having intergenerational communication, marketing, social justice, or education committee will draw on the diversity of the skills and wisdom of several generations and engage the whole and not just a part of an organization?

We highlight the role of children at the Seder. But that is half of the truth. When a Seder “works,” there is a dialogue across the generations. Young and old reciprocate and contribute equally to the seder experience. Older generations captivate younger ones with the drama of telling the Exodus and their wisdom of lived experience. Farewell to Pesach seder 5782, and welcome to beginning to turn l’dor va-dor from a slogan to an urgent call to action!

About the Author
Rabbi Hayim Herring, Ph.D., is a national thought leader, organizational consultant and author on the American Jewish community with a specialty in synagogue life. He is President & CEO of the Herring Consulting Network.
Related Topics
Related Posts
Comments