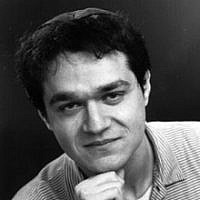 The Blogs
Michael Linetsky
Apply for a Blog
Advertisement
Please note that the posts on The Blogs are contributed by third parties. The opinions, facts and any media content in them are presented solely by the authors, and neither The Times of Israel nor its partners assume any responsibility for them. Please contact us in case of abuse. In case of abuse,
Report this post.

In times like these, with Israel under attack and the world standing against us as in times of old it is important for us to realize that this is not the true nature of the world but of those who are perverting its nature and that in the end the good ingrained in the world will come to the fore.

When we look at our lives and contemplate the world around us we may observe that one endeavor after another has failed on us.

Some of us fault ourselves for failure. We are convinced that success would have been possible if we only tried a little harder or had a slightly better plan. We’ll even go as far as saying that perhaps the time was simply not right.

Others fault the world. The world is not designed for success. Entropy is its nature! When they do see success they dismiss it as an anomaly or an unlikely coincidence.

We can not help but wonder: Is our world a stage for failure?

The Talmud of Eretz Yisrael (Hag. 2:1) preserves an enigmatic teaching: “I am creating My world with a beth (berakha – blessing)…with a form of “blessing” and perhaps then the world will persist.”

The destructive forces in our world are overwhelming, perhaps so much so that one may be skeptical about the success of any endeavor. But God created His world with blessing, with a disposition for success. Blessing is in the world’s very fabric and it is this blessing which counter-weighs them.

The Lesson that the Talmud of Eretz Yisrael teaches us is here that the world was created as a seedbed for success. If we see failure in the world around us it is not because this is the world’s nature, but because we have not succeeded in cultivating its innate blessing.

May God grant us the wisdom to cultivate this blessing and bring it to our lives and the world !

About the Author
Rabbi Michael Linetsky has published a number of works, some of which receiving approbations from scholars such as Nahum Sarna, David Weiss Halivni, the late Lord Emanuel Jacobovits and Dr. Norman Lamm. michael@torateretzyisrael.org www.torateretzyisrael.org
Comments