The Blogs
Alisa Rubin Peled
Apply for a Blog
Please note that the posts on The Blogs are contributed by third parties. The opinions, facts and any media content in them are presented solely by the authors, and neither The Times of Israel nor its partners assume any responsibility for them. Please contact us in case of abuse. In case of abuse,
Report this post. 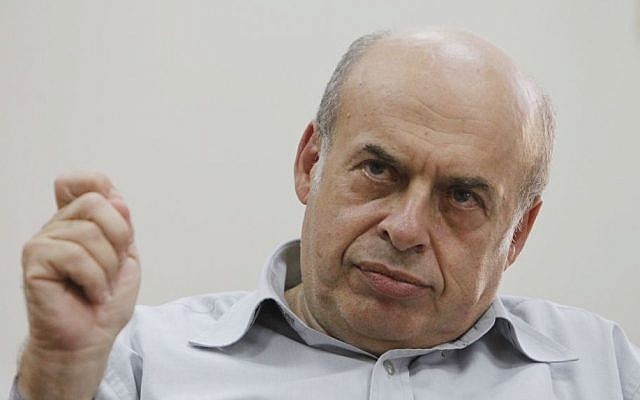 A few days before the proposed academic code of conduct for Israel’s universities was revealed, I hosted Natan Sharansky to speak to the honors students in the Argov Fellows Program in Leadership and Diplomacy at IDC Herzliya, students who hope to devote their lives to leadership of Israel and the Jewish world. The lessons from his life experience have never been more relevant than today.

In preparation for the lecture, I shared some of the themes from Sharansky’s three books, all of which, from various angles, address the difference between fear societies (i.e., the former Soviet Union) and free societies (i.e., democratic states, including Israel). Sharansky, who spent years in Soviet prisons as a Prisoner of Zion, points out that a fear society requires a life of “doublethink,” where individuals are forced to parrot the ideology of a regime even when they don’t believe in it. For Sharansky, the mark of a free person (and a free society) is the ability to say what you think without fearing any consequences.

Living in a free society is a privilege that can never be taken for granted, as there are always forces, both internal and external, fighting to undermine it. On the domestic front, a culture of fear can take root when extremists are permitted to take command and to intimidate, undermining freedom even within a society pledged to defend it. This threat arises when legitimate differences of opinion, what Sharansky coins “the shades of gray in a free society,” begin to be perceived wrongly as black and white. Then, instead of focusing on the true divide between fear societies and free societies, people living in free societies come to see their fellow citizens as enemies — and foreign dictators as friends.

Once this happens, freedom is jeopardized because, as Sharansky notes, the power of a fear society is never based solely on the army or secret police: just as important is a regime’s ability to control what is “read, said, heard and (above all) thought.” This is the way a fear society attempts to maintain a constant pool of true believers.

Andrei Sakharov, the famed Soviet dissident, nuclear physicist and human rights activist, whom Sharansky calls his “rabbi,” pointed out already in 1968 the inevitable consequence of a fear society: it can never be innovative, the absolute cornerstone of Israel’s growth engine as the “start-up nation.” Any type of censorship inevitably results in stagnation, which impedes the development of fresh and deep ideas. As Sakharov notes, “Such ideas, after all, can arise only in discussion, in the face of objections, only if there is a potential possibility of expressing not only true but also dubious ideas.”

Once a society starts to slide down this slippery slope from a freedom to a fear society, it must maintain increasingly tight control, which inevitably triggers a process of decay. Our information society is dependent on the free flow and exchange of ideas. Why would we voluntarily give up any of our precious freedoms when it would lead to the inevitable fate of all fear regimes: stagnation, regression and eventual collapse?

Israel’s higher education should stand as a proud beacon of the country’s status as a free society in a largely unfree region. In free societies, the university should stand as an open meeting ground for the marketplace of ideas. It is the place where all concepts and ideas can be aired and debated, with no consequence for expressing the “wrong” opinion, which would, according to the proposed code of conduct, then be reported by students to a special authority, strikingly reminiscent of the excesses of the McCarthy era in the United States in the 1950s, when countless academics and artists were accused of being communist traitors.

Ironically, Prisoners of Zion such as Natan Sharansky and his compatriots paved the way for more than one million immigrants from the former Soviet Union to pick up and leave everything behind to immigrate to the free society of Israel. Yet even the history of the demise of the Soviet Union could never be taught without open discussion of what some may consider controversial political ideologies and points of view.

Before it is too late, all of those who understand the value — and fragility — of a free society must stand up to any misguided attempts to chip away at its very foundations: freedom of thought and freedom of expression. Nowhere is this more important than in academia, where even the most controversial ideas should not be censored. If we don’t stand up now and reject what may seem to some to be a minor restriction of our precious and hard-earned freedom, we may wake up one day to find that it is too late to do so.

Dr. Alisa Rubin Peled is a senior lecturer at the Lauder School of Government, Diplomacy and Strategy at the Interdisciplinary Center (IDC) Herzliya and the founding academic director of the Argov Fellows Program in Leadership and Diplomacy.

About the Author
Dr. Alisa Rubin Peled is a senior lecturer at the Lauder School of Government, Diplomacy and Strategy at the Interdisciplinary Center (IDC) Herzliya and the founding academic director of the Argov Fellows Program in Leadership and Diplomacy.
Comments