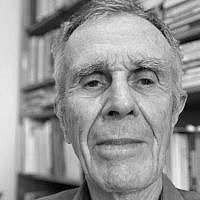 The Blogs
Harvey Lithwick
Apply for a Blog
Advertisement
Please note that the posts on The Blogs are contributed by third parties. The opinions, facts and any media content in them are presented solely by the authors, and neither The Times of Israel nor its partners assume any responsibility for them. Please contact us in case of abuse. In case of abuse,
Report this post. 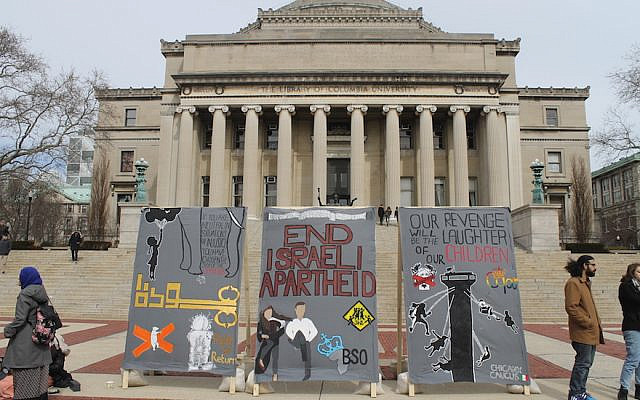 The breakdown undermining much of academic freedom for Jewish thought leaders in the United States presents Israel with an extraordinary opportunity if it is prepared to act swiftly and boldly.

Until recently, Jewish scholars at the top American universities were leading lights in virtually every discipline, from the Arts and Humanities to the Sciences, Medicine and Law. One need only peruse the number of Jewish Nobel Prize Laureates to appreciate this extraordinary prominence. In recent years, however, certain strains of thought are increasingly unwelcome on campuses, either in connection to work with Israeli counterparts or as a result of overheated BDS efforts to vanquish whole classes of thought. Having been set upon by the tyranny of new orthodoxies, Jewish academics have been driven out of, or are at least contemplating leaving, the toxic environment that has permeated those formerly hallowed grounds. But where can they go?

At the same time, we continue to hear worrisome reports from young Jewish university students who similarly report themselves to have been harassed, shamed and silenced by the same forces in the classroom and on campus. Their parents find themselves in a quandary about where to send their younger siblings for a safe and authentic higher education, in a space where they can be comfortably Jewish. But where can they go?

I would like to offer a proposal that might in fact provide a solution that could spectacularly benefit both our American Jewish brethren and our own society here in Israel. Most importantly, it may also provide an effective and long-lasting means by which to strengthen the worrisome fraying of the bonds between both communities.

What if we were to create, here in Israel, a new, primarily English-speaking university, patterned after the best American schools? What if North American families with college-age children who genuinely love and support the idea of Israel saw a first-rate college education here as a viable, even enviable, academic option? There are already some modest English-speaking programs in Israel, but they cannot, by themselves, begin to make a dent in the problem described above. Asking families to add “Israel” to their college lists of desirable Ivies, state schools and elite private colleges, requires a bold vision for what an American-style college and graduate school experience here could be.

I am proposing the creation ab initio and at warp speed, of a large multiversity, with both undergraduate and graduate programs, that, in its first years would be insulated from some of the parochialism of the oligopoly of existing Israeli universities. Its goal will be the rapid attainment of globally recognized excellence. This would require recruiting the very best of the Jewish scholars who are increasingly finding themselves at loose ends in the American academic environment. Prospective students would be recruited from among the existing and new cohorts who, along with their parents, do not wish to subject themselves to the decline of higher education in America, with its increasingly pervasive environment of anti-Semitism/anti-Zionism.

Parents of Jewish day school children who presently live in fear of what their children may encounter on college campuses would significantly augment the well-documented successes of summer high school trips, Birthright, and the One Year Program that brings tens of thousands of young Jewish students each year. I have no doubt that such a university, in a decade or two at most, could achieve the status of one of the top, world-class institutions of learning and research. Indeed, in the longer run, several others perhaps with different orientations will most likely follow this model and flourish.

A coordinated effort to rescue and rebuild this component of academia is no less important than was the rescue of Jewish intellectuals during the Second World War, or the Soviet and Ethiopian emigres at the end of the last century. Already we are witnessing a brain drain from Ukraine and Russia that will send world-class academics, many of whom are Jewish, to institutions around the world. Israel would benefit immeasurably from the creation of an academic home for the scholars and students seeking a place in which Judaism sits comfortably alongside the academy.

Such an effort necessarily requires excellent conceptualization, management, and financing. The latter, which will trouble many, may be less of a problem than might be apparent because Jewish supporters of American universities, whether concerned community leaders, major donors or distinguished alumni, are gradually waking up to the tragedy that has befallen the objects of their support, and will be looking for more promising alternatives. The financial success of the aforementioned programs which send younger Jewish students to study in Israel for weeks or months suggests that Jewish donors abroad are well aware that fostering Zionism in young people is imperative. Why should such programs functionally evaporate in college, where the need is clearly the most urgent? Meanwhile, the government of Israel, which has been seeking energetically if not entirely successfully to build strong bonds with American Jewry, should find in such a proposal a tangible objective that offers huge synergy to both communities, should they choose to adopt and generously support it.

I recognize this is a massive challenge, and that the naysayers will find lots to criticize. But Israel has never shied away from grand projects, especially when such projects are designed to help Jews here and abroad. Time after time, when faced with similar challenges, we have witnessed Israeli boldness of vision when presented with opportunities to provide strong leadership, innovative solutions, and quick action.

It is true that both Israel and America are in the midst of political chaos, ideological polarization, and hence, uncertainty. But uncertainty has not stopped us in the past, because we have understood the essentiality of our Jewish survival and success.

About the Author
Harvey Lithwick is Professor Emeritus in Economics from Carleton University, Ottawa. He served as an advisor to two Canadian Prime Ministers in urban affairs. He made Aliyah with his wife Yvonne in 1990 and co-founded the Negev Center for Regional Development at Ben-Gurion University.