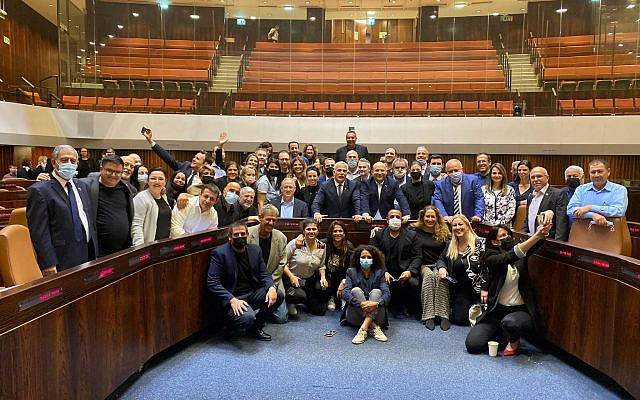 The dust has finally settled in the Knesset on Israel’s newly passed budget and the associated Arrangements Law. Of the forty-two reforms this government of change embraced, there is one that may reshape the nature of the country’s sustainability policies: Israel has enthusiastically launched a transition from command and control regulation to environmental taxation.

From a conceptual perspective, some sixty years after the country’s first environmental laws were enacted, Israel’s legislation had not really moved far beyond biblical injunctions such as “Thou shalt not murder” or “Thou shalt not steal.” Until now, the Israeli public was commanded: “Thou shalt not pollute.”

The problem is that if we are to judge by the outcome, notwithstanding some progress, the approach has not been particularly effective. The country’s streams remain contaminated; greenhouse gas emissions steadily increase; air quality is among the worst found in OECD countries; and litter continues to carpet our parks and forests.

There are many explanations for Israel’s failed environmental policies. One of the main reasons, however, is that the proverbial policy toolbox is inadequate to address the pollution challenges of the 21st century. In the past, the lion’s share of pollution originated in large sources. Presumably, if we could just reign in major industrial polluters, the environment would become clean.

Reality, it appears, is somewhat more thorny. The profile of Israel’s polluters today is complex and dispersed. It is simply impossible to have an inspector oversee every car, every farmer or every greenhouse gas emission. International experience suggests that alongside prohibitions and rules, it is critical to create incentives for appropriate environmental behavior.

For the environment to improve, polluters — large and small — need to internalize the external costs they impose on society. In other words, it is time to apply “The Polluter Pays Principle.”

Arthur Pigou was a Cambridge University economics professor active during the first half of the twentieth century. He promoted the notion that it is illogical to levy taxes on positive behavior: If we want people to work, why would you make them pay income tax?

At the same time, there are many behaviors that society has an interest in discouraging, where taxation makes sense. Recently, such taxes have come to be called “Sin Taxes.” But experts in academia continue to give Professor Pigou his due, and refer to “Pigouvian Taxes”.

Not only do these taxes constitute a more rational and ethical policy than conventional taxation. Empirical experience suggests that they are highly effective. Without turning society into a battleground between enforcement agencies and the polluting public, it is enough to simply get the pricing right. In other words, when taxes are set correctly, they can transform behavior. If a Pigouvian tax increases revenues for the state, that’s great. But that’s not the ultimate objective.

For many years in Israel, environmental taxation was the topic of theoretical musings by environmental policy professors. No longer. Suddenly, Pigouvian taxes constitute a new national strategy:

Traffic congestion during rush hours is caused by millions of individual decisions not to utilize public transportation in favor of personal comfort. The result is gridlock, air pollution and the loss of billions of work and leisure hours over the years. The congestion tax, which was approved last week, is intended to encourage the utilization of public transportation or other forms of sustainable transport. Such taxes proved highly effective in reducing traffic jams in London, Singapore, Stockholm and Milan. I think it’s a very good idea for Tel Aviv as well.

Greenhouse gas emissions upset the sensitive balance between humans and the earth’s atmosphere. Carbon taxes are designed to remind the public that our aggregated, individual actions, affect the stability of the global climate. We absolutely must reduce emissions. I think that Israel’s new carbon tax makes perfect sense as well.

At a time when Israel’s garbage dumps are filled and municipalities are not sure where they can bury their trash, litter in open spaces remains a national disaster. A tax on disposable plates, cutlery and cups is designed to encourage the public to reduce the purchases of utensils, used for half an hour, and then remaining as debris for millions of years. The new tax is designed to address Israel’s garbage crisis at the source and eliminate a large portion of the solid waste stream, that so often find their way into our public spaces. It makes perfect sense to me!

Finally, the new policy orientation goes beyond the environment to include public health: The decisions of citizens to purchase sugary soft drinks contributes to local obesity, harms public health and imposes significant costs on the health system. The new tax on these drinks is intended to encourage the public to select healthier beverages. I think it’s a splendid idea as well.

Unfortunately, there are some people who express reservations about this new era in environmental policy. They argue that it should be enough to provide information campaigns for the public – and citizens will start to reduce their polluting activities: switch over to private transportation, reduce greenhouse gas emissions or give up plastic disposable plasticware.

I was especially disappointed to hear my friend and colleague, former MK, Dr. Dov Khenin assail the tax on disposable plasticware on the radio recently. He argued that the policy targets poor populations when social justice requires that we target the affluent. Besides information campaigns, he supported subsidies on dishwashers. Knenin is usually spot-on regarding environmental affairs. But I fear, his thinking on this matter is simply wrong.

Behind such a position lies a paternalism and a leniency regarding Israel’s Haredi population, due to their family size. I believe that Israel needs to offer fair and equal expectations of all its citizen in collective efforts to improve the environment and address our severe plastic pollution crisis.

The logic behind Khenin’s argument would lead us to cancel sales taxes on cigarettes. The proportionally high levels of smoking among poorer socio-economic groups is a well-documented, universal dynamic. We also know that meaningful taxes on cigarettes has reduced smoking rates around the world. In other words, Pigouvian taxes diminish heart disease and cancer. Perhaps more importantly, cigarette taxes are especially effective in preventing smoking among youth, averting this deadly addiction in the first place. Would Khenin also like to limit tobacco policies to campaigns and subsidies for nicotine gum?

It is my conviction that Israel does not need to consider the socio-economic status of cigarette consumers when imposing taxes to reduce smoking. Indeed, we have a moral duty to pursue such policies.

Ecologically, the scourge of plastic may be more pernicious than smoking. Some eight million tons of plastic enter the world’s oceans every year. Slowly but surely it is killing off our marine biology. The litter leaves our beaches ugly and unsightly. We also know now that plastics break down into microplastics which enter our lungs and food supply. Dramatic and systemic action to address this pollution problem is required.

Dr. Khenin argues that we need to offer alternatives to disposable ware. It seems to me that from time immemorial families have enjoyed such options: after every meal they washed the dishes. All family members should participate. In Israel, reliable and inexpensive running water is available to all. This seems to constitute the more responsible alternative.

Policies that ignore externalities and encourage plastic consumption are morally bankrupt. Like cigarette taxes, the new levy on plasticware offers an important message: It used to pay to pollute; from now on, the polluter pays. The same is true of traffic congestion, carbon emissions and sugared beverages. The new government of change has begun to change Israel’s sustainability policies. This is very good news for the environment.