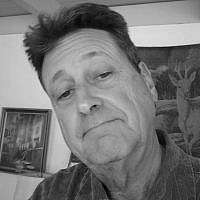 The Blogs
Victor Salkowitz
Apply for a Blog
Advertisement
Please note that the posts on The Blogs are contributed by third parties. The opinions, facts and any media content in them are presented solely by the authors, and neither The Times of Israel nor its partners assume any responsibility for them. Please contact us in case of abuse. In case of abuse,
Report this post.

I’m a bit of a bird lover.  There was a time I fed many of them on my little place in rural California.  But after a few months, one of my neighbors didn’t like a certain breed that I’d attracted.  These birds were not indigenous to the area, he complained, and besides they had begun to bully the other birds for free food.  That’s why he began to shoot them.

I didn’t like the bully birds either, but I didn’t want them to be shot.  So, I stopped the all-inclusive feedings and limited myself to parceling out handfuls of peanuts for the blue jays only.  This worked out well.  The non-indigenous bully birds ceased to come in great numbers.  The killings ceased.

These days, an occasional crow presides over my peanut largess.  I fancy that the crow is prompting me to feed the blue jays when I’m late in getting the peanuts out.  He nestles in a tree close to my house and makes an expectant clicking sound from his throat.  Funny how he never goes for the peanuts himself but takes great interest in watching me dispense them.

Which provides a snippet of my fondness for birds, and why I had some very complex feelings about the latest dead bird found in Israel with an incendiary device dangling from its leg.  I was prepared to let those sad and nauseous feelings pass, just as I allowed the feelings pass when the previous bird was found.  But suddenly I heard the offering from Gaza, Egypt, and the UN: a five year truce in exchange for this, that, and the other.  It came right after the most recent dead bird.  The offering of truce hovered, like a superimposed image, upon the canvas of charred fields and dead birds.  Other dead animals and trees emerged as well.  Then the fallen Israeli soldier.

One needn’t go into the propitiousness of this truce offer.  A promise of peace for the next five years while the world gives Gaza money, jobs, and material for its economic development.  Who could argue with how this might turn out?  Surely free money would end the bullying, wouldn’t it?  It would make Gaza less hostile to its neighbors.  Perhaps it would even create a partner for peace in the long run.

One shouldn’t be too troubled by the way in which this offer was made. Yes, Gaza’s burnt offering had a blemish.  But was it not whole?

About the Author
Victor Salkowitz is a retired Clinical Social Worker with over 30 years experience in prisons, child welfare, and adult mental health agencies. He received his B.A. in Psychology from UC Davis and an MSW from UC Berkeley, becoming licensed in 1991.
Comments