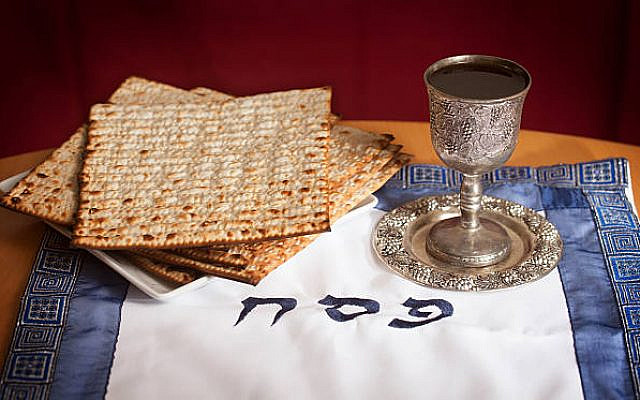 These statements capture the conviction that drives Jewish history – the resolute belief that whatever our circumstances today, even when dire, we as a people will find redemption in the future.  And that redemption will necessarily include a return to the land of Israel.  Only then can the Jewish people truly be free.

The Haggadah, the central text of the Passover seder, took its form following the Roman destruction and occupation of Judea, when surviving Jews dispersed around the world needed to remember and teach about what had been lost – and the promise of what would come in the future.  It was designed as a book for the exile, and for most of the past 2,000 years, Jews could only yearn for a future in the land of their ancestors.

Today, Israel is a reality, and the Jewish people have been reunited with their homeland.  It changes how we relate to the text of the Haggadah, and it fuels our sense of responsibility for ensuring Israel’s future.  If I were writing my own text of the Haggadah today, I might say, “Now we are here in the land of Israel, next year we will be securely at peace.”

Today, sadly, Israel is very much not at peace.  In the recent wave of attacks, terrorists have killed at least 13 in Israel in the last few weeks – the deadliest spate of terrorist attacks in seven years.  Unfortunately, more attacks are likely, putting both Israelis and Palestinians at great risk.  IDF Chief Aviv Kochavi stated that they have “thwarted at least 10 [additional] terrorist attacks over the past 2 weeks.”  As I write this, the IDF announced a successful operation to foil a planned Passover terror attack in Jerusalem.

Terror will never bring peace.  Yet, too many Palestinian leaders remain wedded to violence as a political tool and strategy as they have been since the 1920’s.  Terrorist groups like Hamas and Islamic Jihad, which have made clear their desire to obliterate Israel, applauded the recent attacks and called the B’nei B’rak shooting spree a “natural and legitimate response.” Iranian-backed  Hezbollah also cheered the attacks while calling the murders in Hadera an example of “a Palestinian response to the infamous and treacherous normalization meetings in Israel by some Arab regimes,” referring to that week’s historic Negev Summit. The father and brother of the Tel Aviv murderer praised his actions as that of a “hero.” Fatah officials, associated with the Palestinian Authority, also added their praises and encouragement for the “martyrs” who killed Israelis in cold blood.  The list goes on and on.

Perhaps worst of all is the likelihood that the Palestinian Authority will continue its horrendous practice of compensating these terrorists and their families with monthly payments, stipends that reward murder and acts of terror, a practice often called “pay to slay.”  The U.S. Congress in 2018 enacted legislation that limits payments to the Palestinian Authority while it continues this abhorrent practice, yet the payments continue.  Palestinian Authority President Mahmoud Abbas appropriately condemned the recent terror attacks, but until he stops the pay to slay program, his words will ring hollow.  Palestinian families no doubt need financial support, but linking payments to acts of violence against Israelis must end.

While Hezbollah and the Palestinian Authority condemn them, the Abraham Accords are a concrete step toward peace.  They give us hope that Arab-Israeli relations will forever be changed from conflict to cooperation, setting the example that one day will hopefully transform relations between Israelis and Palestinians.

While there may not yet be peace, Israel remains stronger and more vibrant than ever.  What was once only a dream is today a reality.  Israel’s robust civil society, its entrepreneurial economy, its thriving institutions of learning, and its simple will to survive are all sources of its strength. And that strength is a force for good in the world. Even as Israelis absorb the dreadfulness of recent events, they are actively welcoming more than 15,000 Ukrainian refugees (mostly non-Jews) fleeing the horrors of war and thousands of Russian Jews worried about an uptick in antisemitism. Israelis are running the only foreign field hospital in Ukraine and are sending medical and other supplies to alleviate the humanitarian tragedy unfolding before our eyes.

For the United States, Israel is both an invaluable strategic ally and a humanitarian imperative to ensure the survival of the Jewish people.  While we hope and work for peace, we must never waver in our commitment to Israel’s security and its imperative to defend itself from its many enemies.  That is at the foundation of the U.S.-Israel relationship, and it is why we must ensure that Israel has the ability and means to protect itself from terror, from rockets and missiles, and from Iranian nuclear ambitions.  We must challenge efforts to delegitimize Israel through distorted allegations and false narratives.

This weekend, Jews will celebrate Passover, Christians Easter and Muslims Ramadan.  We wish for brotherly calm, but fear that more acts of terror and unrest will shatter lives.  This year, we face conflict in Israel and sadly so many other countries in the world.  Next year, may we celebrate in peace.