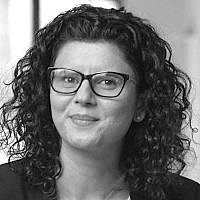 The Blogs
Nasreen Haddad Haj-Yahya
Apply for a Blog
Advertisement
Please note that the posts on The Blogs are contributed by third parties. The opinions, facts and any media content in them are presented solely by the authors, and neither The Times of Israel nor its partners assume any responsibility for them. Please contact us in case of abuse. In case of abuse,
Report this post.

The last fifty years have been transformative for Arab women in Israel. The most prominent and dramatic development is the rise in numbers attaining college and university degrees. But in one area, time has stood still: the representation of Arab women in local authorities.

The first and last in this role, back in 1972, was Violet Khoury, known as “the Golda of Kafr Yasif.” But even though no woman has served as prime minister since Golda Meir, by contrast, we cannot ignore the progress that Jewish women have made in local politics: Today, women helm 14 local authorities (up from six before the 2018 elections). But their Arab sisters are still waiting.

True, we can discern some trends that may herald a change in traditional patterns and political behavior in Arab localities: The number of women serving on municipal and local councils has increased. After the municipal elections in 2008, there were only eight Arab women in this role; today there are 25. Nevertheless, this means that women make up only 2 percent of council members. On the national level as well, there has been some change, notably that an Arab woman does not have to be on a Jewish list in order to gain a seat in the Knesset. Since 2009, several women have been allotted slots on the lists of Arab parties with a realistic chance of being elected.

Representation in the political arena need not be and cannot be the be-all and end-all of a feminist worldview. For example, a study conducted by Sivan Hirsch-Hoefler and Julia Elad-Strenger reveals that women’s representation can be a cover for an antidemocratic agenda. The real question refers to the content and agenda that Arab women aim to advance through their political involvement. In Israel, both on the national and local levels, both are needed – equitable representation and a clear agenda. The latter should include encouraging Arab women to vote for Arab women, and, on the local level, working towards obtaining budgets to support “women’s” issues and closing the gender gap by virtue of relevant legislation. But this will not succeed if Arab men continue to refuse to see women in key positions in the public sphere. Even though many men have made substantial progress in their thinking on this, we must call on those who remain behind to follow their example.

Along with continuing the struggle on overtly women’s issues, Arab women must also stand shoulder to shoulder with Arab men on the other fronts in which they continue to be disadvantaged, such as higher education and the labor market. Here too, there are both ethical and pragmatic considerations. The educational progress made by Arab women is a welcome development but is liable to go down the drain if there is no parallel trend among Arab men. Educational disparities between husbands and wives often trigger conflicts in the family, especially in traditional or transitional societies. Men without higher education are liable to hold back the entry of their wives or other female relatives to the workforce since they expect them to bear full responsibility for homemaking and raising children.

For an unmarried woman, a university education can be an obstacle to finding a spouse, given the patriarchal concept that once having attained such a level of education, she is no longer capable of carrying out her duties in marriage and homemaking. So along with the efforts to increase the numbers of women in higher education and in the workforce, we must not leave Arab men by the wayside. Policies must be put in place to address these challenges. Beginning with high school, programs must be put in place to direct them to institutions of higher learning and raise their awareness of the importance of gaining such education. Our efforts should focus especially on those areas in which the percentage of Arabs with a college degree is particularly low.

Closing the gender gap is crucial to closing social and economic gaps overall, as well as being an important factor in enhancing social solidarity and cohesion. However, success can only be achieved through a multi-tiered effort. Policies that take into account cultural norms must be developed, and no less importantly – Arab men and women must work hand in hand towards addressing this critical issue.

About the Author
Dr. Nasreen Haddad Haj-Yahya is the director of the Arab-Jewish Relations Program at the Israel Democracy Institute.
Comments 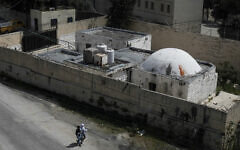 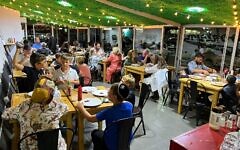