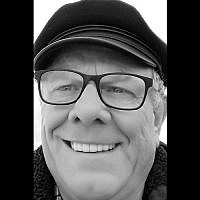 The Blogs
David Thomas
Apply for a Blog
Advertisement
Please note that the posts on The Blogs are contributed by third parties. The opinions, facts and any media content in them are presented solely by the authors, and neither The Times of Israel nor its partners assume any responsibility for them. Please contact us in case of abuse. In case of abuse,
Report this post.

I offer the following definition, eminently suited to my reflections here:

“the quality of dealing with a problem in a sensible way that suits the conditions that really exist, rather than following fixed theories, ideas, or rules:” -the Cambridge Dictionary of English.

It seems beyond dispute that we are a western – oriented society, our founding fathers to a great extent being liberal-minded socialists, mainly European and Russian, influenced by ideologies of the late 19th -early 20th centuries calling for political, economic and social change. Amongst those founders were ideologues and dreamers, the sort of people to inspire others who were of a more practical mind.

Inherent in their ideologies was the belief that they were able to shape their own destiny and that it would be a mistake to continue waiting for enlightened non-Jewish nations or for G_d to solve the problems of the Jewish People.

So in Israel we have forged a society which believes that we can get things done, very often against the odds, using our inherent intelligence, our pioneering spirit, our chutzpah, and our blood sweat and tears. We have numerous examples of getting things done- Pinhas Rutenberg, (electric power infrastructure), Levi Eshkol (National Water Carrier), the establishment of the Histadrut to protect and promote the rights of workers, and above all , the Declaration of Independence by David Ben-Gurion and the other leaders at the time.

I think it a sign of B.G’s greatness and pragmatism that he recognised the particular pivotal moment in history, and that in fact there was nothing to wait for.Our destiny was in our own hands.

Of course we had political and financial support from diverse sources in carrying out these enterprises but the prime motivators were the pragmatists who converted ideology into action, saw what needed to be done and then found ways to get it done. Their dreams were not fantasies, but plans for implementation.

During the time that we were busy preparing laying the foundations for a Jewish state, say from say, 1897 (1st Zionist Congress) until 1947 (UN vote for partition), what was going on with our neighbours?

Immediately before WW1 this area was part of the Ottoman Empire, a once powerful political entity, but which suffered severe decline in power and prestige during the 19th Century, and which was now in a state of decay. Suffice it to say that the Arab inhabitants of Ottoman Palestine were to a great degree unaware of, and unaffected by the political, economic and ideological changes in the Western world. Education, such as it was, was mainly in religious studies and the economy, to a great degree, agrarian.

After WW1 nation states(Lebanon, Syria, Transjordan, Iraq) were established by Britain and France to serve their own interests. Palestine, with all its’ inhabitants, both Arabs and Jews, remained under British control, and in 1922 the British Mandate for Palestine was formally established by The League of Nations.

Since the Balfour Declaration (1917) the Arab inhabitants of Palestine had begun to dream of getting rid of any Jewish presence in their midst. In 1947 their representatives rejected the decision of the UN to divide Palestine into 2 states. In the intervening years they have been inspired and misled by various political , military and religious personalities (some from outside countries) who have made little or no effort to improve the situation of their followers, but have used them as pawns to further their own fanatical agenda.

In 1948 some of the Arab inhabitants remained in their homes, villages and towns and subsequently became Israeli citizens.Did those who stay do so because they suddenly became Zionists? I imagine that on the whole they were simply using their common sense and were pragmatic in their decision.Others, not pragmatic, fled to neighbouring countries and became refugees.

So it would seem that pragmatism is not, of itself, an anathema to Arab people, or at least not to those who stayed, and have taken part in the developing State of Israel, enjoying the benefits of Citizenship, Democracy, Representation in Government and Judiciary, Education, Health Care, Workers Rights, etc etc (along with their Jewish neighbours) to an extent unknown by the population of many countries in the region.

During my first 20 years in Israel I had met Arab people, mostly in the workplace, but had never really engaged with them. I had toured Yaffo, and shopped in the markets of Acco and Tira, the Arab town near to where I live. So most of the Arab people that I met were Israeli citizens.I remember being struck as to how we all seemed to get along with one another so easily, without any friction.

I remember thinking to myself often “Surely, if the people in the West Bank and Gaza really saw how their fellow Arabs live here, they would prefer cooperation with Israel. We simply need to point out to them the benefits of co-existence, to show them how much they have to gain from peace with us”

And then in the early 1990s we began to hear of secret negotiations in Norway, culminating in the signing of the Oslo accords in 1993. I and others like me, liberal and optimistic, saw a rosy future. We could end the occupation, that in my opinion, was a like festering wound in our body.We would save huge amounts of money which would then be diverted to education, science, infrastructure.

The Oslo accords were supported by so many nations, who provided millions of dollars, euros etc intended to help the Palestinians get up on their feet, to help them build schools, roads, hospitals, ports, airports and all the infrastructure of a modern state.I thought that Israel and Palestine together could create a Garden of Eden.The ordinary Palestinian family would have a regular income, with a wage slip.Children would be educated in modern schools, the sick and old cared for. What could go wrong? Pragmatism had prevailed! I am sure that many in those heady days felt as I did, and convinced ourselves that the leopard had indeed changed his spots.

To achieve all this Israel was required to recognise the PLO as the sole representative of the Palestinian people, and to enter into security arrangements. There was euphoria in the Arab streets when Yasser Arafat and his cohorts returned from Tunis, and if Israel accepted all this, why should the USA, Europe and other countries object?

It seems that we left the cat to guard the cream. Have the billions poured into the Palestinian Authority since Oslo helped to improve the lot of that ordinary Palestinian family? Where is the money? Has peace been brought any closer? Have the Palestinians given up their dream of destroying us?

It seems that I, along with our pragmatic leaders mistakenly identified tactics as pragmatism in our “Peace Partners”.

Now we are faced with continued terror attacks, often greeted with enthusiastic celebrations on the Palestinian side. This seems to point to the fact that the dream is stronger than ever, and that if once it involved a the question of land, it is of late taking on more of a religious turn.

So where do we go from here? Do I still believe in a peaceful solution? I have to, because it seems that there is no military solution. We are not going to annihilate the Palestinians, and we certainly are not going to be annihilated. Once again I declare that I am willing to live alongside a Palestinian state, but not one built over our bones.

I dare to hope to see the rise of a statesman (ours or theirs) of the stature of Nelson Mandela, who will advocate reconciliation between Israelis and Palestinians. I think that there remains a chance of his being supported by a good proportion of Israelis and I have to believe that in spite of all, there are, somewhere, pragmatic Palestinians who realise that their dreams, their terrorism, their hatred, have brought them nothing, that the law of diminishing returns also applies here.They may murder us as individuals, but in that they only strengthen our national determination to build and to grow. The terrorists are not a strategic threat.

So to those pragmatic Palestinians I say- Stand Up and be counted! Israel still holds out its’ hand to you in peace.We continue to believe in cooperation and you have much to benefit from working with us. What we offer could be far more beneficial to you than anything you have received from your fellow Arab neighbours in the past 100 years.

Let go of your fantasies, face up to the real world, and join us in getting things done!

About the Author
David Thomas is a fervent Zionist. Born in UK in 1948, he joined Poalei Zion as a teenager, came to Israel as a volunteer in June 1967, and made Aliyah in 1974. Kibbutz member (trained as cook and then kitchen manager) until 1986, when he and his wife moved to Kfar Saba, where they opened a private day nursery. David was the cook, handyman, bookkeeper etc. until he turned 67. In 2015/16 he studied at Beit Berl to qualify as an English tutor and now teaches English privately to primary school pupils.
Comments