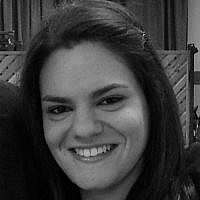 The Blogs
Ro Yeger
Apply for a Blog
Advertisement
Please note that the posts on The Blogs are contributed by third parties. The opinions, facts and any media content in them are presented solely by the authors, and neither The Times of Israel nor its partners assume any responsibility for them. Please contact us in case of abuse. In case of abuse,
Report this post.

The fast of the 9th of Av (Tisha Baav) has always been a rough day for me, but not in the classical sense. While much of the nation sits in mourning, I sit in conflict. Yes, the Temple was destroyed and yes, it was tragic. But how am I supposed to relate to this national mourning when I myself cannot comprehend what exactly we have lost? I know I am not alone in this befuddling train of thought. An Israeli friend of mine expressed to me that to a certain degree she feels she is betraying the Jewish state when she sits in mourning on Tisha Baav. She was raised in a thriving, innovative, autonomous Jewish sovereign state with a strong sense of Jewish nationalism and identity. What exactly is she expected to mourn?

I find myself completely disconnected from this national tragedy and it is not for lack of trying. I have read all the right books, listened to the right lectures, and fasted every year since my bat mitzvah. I have gone so far as to join a tour around the southern walls of the Temple mount where the tour guide very emotionally pointed to the large cracks in the floor reported to have been caused during the destruction of the Second Temple. While I can feel the sense of loss throughout the nation, I find myself more concerned with counting down the hours to a big mug of coffee to rid myself of an addict’s inevitable caffeine headache. The implications of the destruction of the Temple seem to be lost on me and I struggle to resolve this disconnect with each passing year.

This year it hit me. I found myself out on the Tayelet, a beautiful lookout over Jerusalem and the Temple Mount, a place where Abraham is said to have stood, listening to the reading of Lamentations. My friend was pointing out the different neighborhood of Jerusalem to me when I realized I had a steady stream of tears running down my face. I stood overlooking the beautiful city of gold, the capitol city of the Jewish people and the Jewish state and I realized it stands divided. The very issue that brought on the destruction of the second Temple and along with it the Jewish nationalistic dream is being replayed in our days.

As I struggled to return the air to my lungs I began to process what I was finally recognizing. The Talmud explains that the destruction of the first temple was brought on by the violation of the big 3 cardinal sins: adultery, murder and idolatry. The sages then ask why was the second temple destroyed if the people were steadfast in their Torah practices at the time? They answer saying senseless hatred was rampant in the society. Senseless hatred boils down to disrespect and a lack of kindness to ones fellow man. The sages glean from this that the senseless hatred is worse than the violation of the big 3. Hatred for your brothers is considered worse than a sin you are expected to die before committing. It was this thought, the realization that we have returned to senseless hatred in our times, that finally helped me realize what Tisha Baav was really about.

The Temple, the religious symbol of our national unity and Jewish autonomy in Israel was destroyed because of the disintegration of our nationalism. We no longer had enough ground to stand on as a nationalistic unit and therefor our national symbol was taken from us and our people were sent into exile. We in Israel today are uncomfortably close to this historic reality.

Senseless, baseless, pointless hatred of our brothers is rampant in Israeli society. Be it the issue of the Women of the Wall, Hareidi enlistment in the army, social welfare, economic struggle, or the general issues concerning religion and state, we as a nation hate our opposition. It is no longer enough to simply argue as brothers, or even to simply discuss the conflict until a resolution is found. There is anger, bordering on violent fury that exists between the various sects of Judaism throughout Israel. The Temple was destroyed because of our inability to work with our brethren to come to a peaceful compromise. The very nationalism that united us in building the Jewish state is at risk. While we may not have a Temple in our times, we are bordering on the dangerous ground on which everything the Jewish nation held dear was destroyed.

This Shabbat marks the 100th Hebrew birthday of Menachem Begin. The legacy Menachem Begin left behind, more so than of his other many accomplishments, is one of brotherhood and unity. He took great pride in the fact that he managed to prevent a civil war on more than one occasion during the difficult process of the foundation of the state. It didn’t matter what you looked like, where you came from, or your religious perspective, if you were a Jew, you were beloved by Menachem Begin simply because you belonged to the Jewish nation. We were all achim, brothers, in his eyes.

The name Menachem comes from the same root word as Nachamu, meaning comfort. This Shabbat, the Shabbat after Tisha Baav is also called Shabbat Nachamu. Menachem Begin stood as a symbol of national comfort. Every Jew had a place and a voice. Menachem Begin as a symbol of national unity, managed to bridge social, religious and racial classes across Israeli society.  Having lived through the Holocaust, a time when our nation’s enemy counted every Jew as a Jew regardless of his religious affiliation or how hard he tried to deny or abdicate his Jewish identity, Menachem Begin worked to repair the damage done to the society by turning Jewish identity and nationality into a source of pride.

As a nation that survived the Holocaust, a nation that finally has a place to call home, a place where our nationalism has the opportunity to thrive, how can we look upon our fellow Jew as less than or inferior because of his practices or beliefs? We have a responsibility to our people, to our state, to take a step back and realize what is at stake; our very existence.

To quote Dr. Martin Luther- King Jr; “Hate cannot drive out hate. Only love can do that.” It is not a case of us against them. We are all of the same us. We are all one. There is no other. We are a nation of Jews with a responsibility towards each other and to the Jewish future. We must as a nation internalize the legacy of Menachem Begin and set aside our preconceived prejudices about those whom we see as different from ourselves. Let us work together to bring back the Jewish unity of the Menachem Begin ideology. I can think of nothing that would make a more appropriate birthday gift. Happy 100th Begin.

About the Author
Ro Yeger made aliyah in October 2012. She is currently at Bar Ilan University studying Economics, Political Science and Psychology.
Comments