Cardinal Elia Angelo Dalla Costa was the Archbishop of Florence from 1931 till his death which occurred 59 years ago, on December 22, 1961. 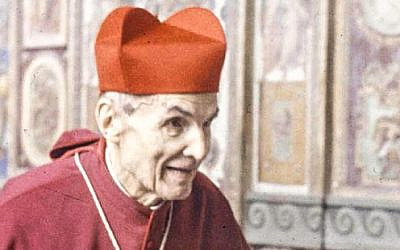 During the dark days of the Holocaust, he played a pivotal role in a massive and well-orchestrated Jewish-Christian campaign, dubbed as the Florentine Network, which is believed to have saved thousands of Italian Jews.

In recognition of his feats, he was officially declared Righteous among the Nations back in 2012.

Following the German occupation of Italy, Cardinal Dalla Costa teamed-up with Florence Chief Rabbi Nathan Cassuto and Jewish activist Raffaele Cantoni. Their aim was to save Italian Jews as well as Jewish refugees from territories which had previously been under Italian control, especially in France and Yugoslavia.

Dalla Costa’s personal secretary, Monsignor Meneghello, took upon him the task of overseeing the life-saving activities and following instructions from his boss, he contacted numerous heads of monasteries and churches of the zone, urging them to shelter Jews. The whole operation was financed by DELASEM (Delegation for the Assistance of Jewish Emigrants), an Italian Jewish resistance organization that was active from 1939 and 1947.

The Seminar Minore di Montughi became a first station for the refugees who, from there, were distributed to other churches and convents.

One of the convents which became a protective refuge for more than fifty women and their children was the convent of the Missionary Sisters of Maria, led by Mother Superior Sandra Busnelli and her personal assistant, Mother Benedetta Vespignani (both recognized as Righteous among the Nations).  Amongst the sheltered ones were the wife and sons of the Chief Rabbi of Genoa, Ricardo Pacifici. The latter, Emanuele and Raffaele were transferred to a nearby Catholic institution and managed to survive the war. Emanuele’s son, named Ricardo, after his slain grandfather, became leader of the UCEI (the umbrella organization of Jewish communities in Italy), a post he held until recently.

In 2014, our NGO declared the aforementioned convent of the Missionary Sisters of Maria, in Florence, as a House of Life. 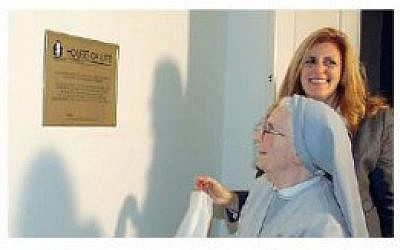 Unveiling the House of Life Plaque at the Convent Missionary Sisters of Maria
Photo: IRWF

Unveiling of the House of Life Plaque at the Convent of the Missionary Sisters of Maria – Photo: The International Raoul Wallenberg Foundation

Cardinal Dalla Costa recruited not only nuns and priests but also regular people from the area. The most salient example is that of the world recognized cyclist, Gino Bartali.  As a top-notch athlete, he could make long training trips with his bicycle without being harassed by the German soldiers. Bartali took advantage of his privileged position to hide inside the frame of his bicycle life-saving identity documents which reached many Jews in hiding.  In 2013, Bartali was declared Righteous among the Nations.

All in all, Dalla Costa’s Florentine Network had thousands of volunteers and some 35 Houses of Life in the whole region. During the rescue efforts, Jewish activists as well as Church people were arrested and tortured, stressing the danger for all the heroes involved in this mission.

The Wallenberg Foundation has paid tribute to these two heroes, Cardinal Dalla Costa and to Gino Bartali on several occasions, including the commission of commemorative postal stamps bearing their semblance. 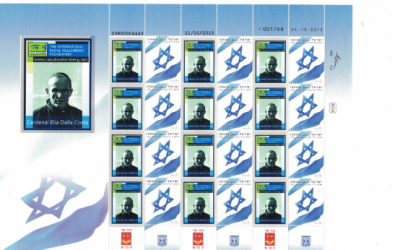 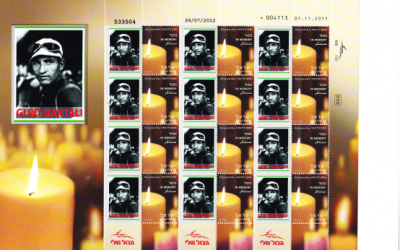 Other Houses of Life that were part of the Florentine Network, will be recognized in the future,as soon as the ongoing health crisis will allow carrying out public ceremonies.

To be sure, Cardinal Elia Angelo Dalla Costa was the driving force behind this remarkable rescue effort. “Hakarat Ha’Tov” (Recognition of Goodness) is the main objective of the Wallenberg Foundation and few people merit our acknowledgment and gratitude like Cardinal Dalla Costa. His inspiring legacy should be kept alive. His feats should be instilled in the hearts and minds of the young generations who should know that people like this Italian hero were beacons of light in the darkest chapter of human history.

Divulging his example is our moral duty.

About the Author
Baruch was born in 1933 in Las Palmeras, Argentina, a little hamlet which was part of Baron Hirsch's Jewish settlements. He graduated from a Yeshiva and spent his first adult years teaching Judaism. In the 1960's Baruch was Director of the Israeli Tourist Office in Argentina, creating a program for Catholic pilgrims. He has founded two NGO's, Casa Argentina in Israel - Terra Santa and the International Raoul Wallenberg Foundation. He is married, has three children .
Related Topics
Related Posts
Comments