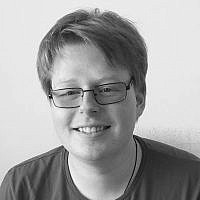 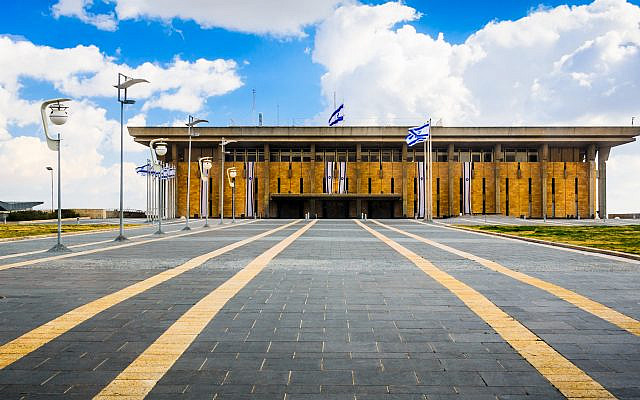 It would appear that we will have a government, at last. Knesset is currently legislating to allow Netanyahu and Gantz to form the government. However, there are two problems with the current arrangement: it requires rewriting several laws, including some of our Basic Laws without any public input, and it has taken way too long for our politicians to come to an agreement.

It might feel natural to blame our leaders for those problems, and to a certain extent, they shoulder the blame for what has happened. Nevertheless, I would like to argue that those problems are systematic and that they stem from the same root – the fact Knesset simply has too much power. This power is what makes politicians fight so hard to gain control of the parliament, and this same power allows Knesset to amend Israel’s Basic Laws as it sees fit.

Israel is an exceptionally strong parliamentary republic. Knesset is enjoying something called parliamentary sovereignty – an ability to make or unmake any law as it sees fit. The Supreme Court of Israel in its capacity as the High Court of Justice can decree the laws to be unconstitutional if they are inconsistent with the Basic Laws. At the same time, Knesset can easily adopt new Basic Laws and amend the existing ones – Basic Law: Freedom of Occupation, Basic Law: the Government, Basic Law: Referendum and Basic Law: Israel as the Nation-State of the Jewish People require 61 votes in 3 readings to amend, a mere absolute majority. Only the Basic Law: Knesset contains several sections that require a qualified majority of 80 MKs to amend. All other Basic Laws can be amended by a simple majority. An absolute majority is required, in practice if not in theory, to form a government, and to pass more controversial laws. All of the arguments above lead to a simple conclusion – Knesset is way too powerful.

Such a situation is almost entirely unprecedented – to my knowledge, only New Zealand has similar legal provisions in that it allows a unicameral Parliament to pass almost any law, without consulting with any other body (in New Zealand, a referendum or a qualified majority of three-fourths of all MPs is required if certain laws regarding the election of Parliament are amended; furthermore all bills must be resented for the Royal Assent before becoming Acts of Parliament, but the Royal Assent is granted almost automatically). In other countries, where parliamentary sovereignty is recognized, there exist real checks and balances:

It is clear to me that significant reform is necessary to fix the Israeli political system, and one way to do this is to introduce a check on the power of Knesset to make laws.

So, let us explore how one could limit the powers of the legislature in Israel. The first thing that comes to mind is the establishment of a strong executive, directly elected by the people, such as the US President. It would resolve some problems we are facing right now: it would create a government directly by the will of the people, thus making protracted negotiations unnecessary, and such a government would be far more stable than what we have now. Ordinary laws would require a signature of such an executive to become law. At the same time, it would create significant problems: the legislative and the executive branches would no longer be aligned, and there would be a real possibility of a US-style government lockdown happening. I do not think I need to elaborate why such a lockdown would be disastrous to any state in Israel’s position. Furthermore, the creation of a US-style presidency would do little to temper Knesset’s power to create and amend Basic Laws. I am also wary of putting too much power in the hands of a single person.

Furthermore, even if the Supreme Court was able to rule the laws unconstitutional, the problem of the Basic Laws remains. On what basis would a Supreme Court rule Basic Laws to be unconstitutional? Some legal scholars have argued that the Supreme Court should judge those matters based on Israel’s Declaration of Independence, but I find this arrangement to be unsatisfactory – if the Declaration of Independence cannot be amended, it would lead to an absolute entrenchment of some portions of the law.

So, if neither the Judiciary nor the Executive is well suited to curb the powers of the Knesset, something else needs to be done, and I believe I have just the solution. Instead of creating a system of checks and balances within the government, I propose creating a system of checks exercised by the people directly. I suggest transferring part of the powers of the Knesset to the people themselves.

I am proposing the following model:

Semi-direct democracy (representative democracy with elements of direct democracy), unfortunately, is extremely easy to exploit by rich and powerful and can lead to the creation of the dictatorship of the majority. Any successful direct democracy must be designed in such a way as to avoid this, even before meeting any other requirements. I deliberately did not specify the exact number required for such a supermajority because this topic alone needs several posts to even explore alternatives, but such a requirement is clearly necessary.

Of course, some might be surprised that I did not include in my proposals an opportunity for people to pass ordinary laws directly. Again, the reason for this is simple. If a supermajority were to be required to pass a Basic Law, then surely ordinary law would need to be passed without such a requirement. This would immediately create a danger of the dictatorship of the majority, as I do not expect the Supreme Court being too keen on striking down laws adopted directly by the people. And even if they were brave enough to do something like that – how could we possibly justify unelected judges striking down a law adopted by the people themselves?

The requirement for a quorum in points 6 and 7 is merely a way to stop a minority repealing a popular law or dissolving a Knesset simply by chance, for example, when supporters of the law or the Knesset fail to show up for an election. Again, the specific numbers for a quorum are up for debate.

I have explained only some of the points I have suggested, but I think all other points are self-explanatory. Furthermore, the model that I have suggested does not require Israel to agree upon a codified constitution immediately. I would have preferred Israel to have such a constitution, but I cannot imagine that happening anytime soon.

I do not think that merely introducing elements of direct democracy would automatically fix all the problems with Israeli politics. For example, I think that we should introduce a directorial system of government instead of a present system, which gives to much power to the Prime Minister. However, any such discussions are too complex to fit into a single blog post. I also recognize that even a referendum might be illegitimate in the eyes of many Israelis – one just needs to read this article to understand why. However, I still think that we need to radically curb the power of Knesset, and, by extension, the power of any government, which controls it, and I believe that an introduction of a semi-direct democracy is the way to do it.