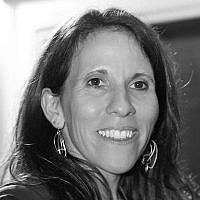 The Blogs
Adele Stowe-Lindner
Apply for a Blog
Advertisement
Please note that the posts on The Blogs are contributed by third parties. The opinions, facts and any media content in them are presented solely by the authors, and neither The Times of Israel nor its partners assume any responsibility for them. Please contact us in case of abuse. In case of abuse,
Report this post. 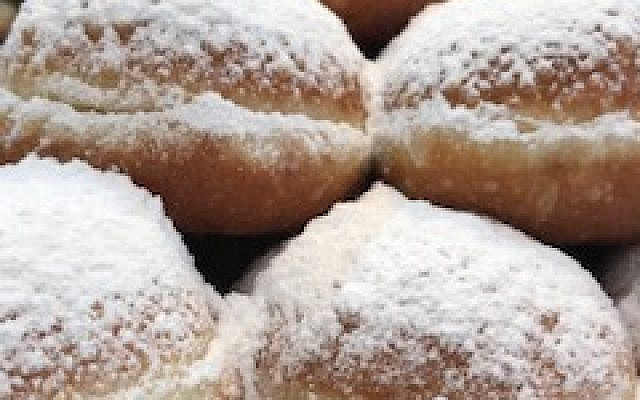 Most Jewish festivals have no heroes but although Purim has a couple, Channuka boasts a whole group of them.

Channuka gives us fantastic fodder for reflecting on leadership by a group rather than an individual.  A modern day context for group leadership comes in the shape of the community board – and in our community, known for our many support organisations and groups, board leadership is an important concept to examine.

Back to Channuka for a moment – how did our hero Maccabees make decisions and were they actually good ones? The imaginary boardroom of the Maccabees had a strong Chair in Judah. According to the Book of the Maccabees, he is joined by Yonatan, Shimon, Yochanan and Elazar. Midrash Ma’ase Chanukah suggests they also had a sister, Hannah, the seventh member of our imaginary Maccabee board.

The midrash explains that Hannah, like the other Jewish women at the time, was expected to sleep with the Greek Governor on the night of her wedding.  This decree had resulted in Jewish women either refusing to get married or having to undergo the violation. Hannah urged her brothers to do what it would take to remove the Governor from his post, or remove the decree altogether, and the midrash suggests that this was the seed of the Maccabean revolt.

Each of the hypothetical Maccabean board members have different, documented strengths: Elazar is famous for his courage, known for killing an elephant, Yochanan for wartime tactics, Judah for his leadership whilst Yonatan and Shimon are known for their collaboration skills, leading the board after Judah’s death. Reading into the midrash, Hannah is known for her vision of change and ethics.

What of our question about good decision making? We know that diversity in the board room is good for organisations. Just this year, Harvard Business Review said it. Deloitte said it. Forbes, KPMG… the list goes on. When we mention diversity, we are talking about ensuring an array of different lenses is available at the board level, because the responsibility of boards is to safeguard and steer the vision and mission of the organisation.

Diversity of perspective is about representing the community that the board oversees. It might mean ensuring there is representation of different types of Jewish practice, variety of political sensibilities, genders, ages, cultural backgrounds, types of work experience, abilities or simply different ways of thinking.

Diversity in a healthy organisational culture enables disagreement, keeping in mind that whilst kindness is non-negotiable, straight-up niceness does not equate to ‘healthy’. A nice board which feels uncomfortable with internal disagreements is unlikely to make brave decisions and will surely make poor ones.

If people do not raise their hands and offer a curious “but what if…” then a board will easily stumble into potholes.  Kind disagreement is more likely to both help avoid dangers and promote an appetite for well-considered risks.

The imaginary Maccabean board room may have drawn strength from a diversity of skills and attitudes. The ethics committee could be headed by Hannah, the strategy committee headed by Yochanan, People and Culture by co-chairs Yonatan and Shimon, and Elazar as security committee chair.

This could help them consider, for example, the overall impact of assimilation on the identity of younger generations, and potential strategies for changing this reality. With a woman in the room, the board might understand better the issues affecting women at the time, advocating policy change.

Of course, an obvious weakness of the Maccabean board room is that the members are all related. After the war was won and the Temple re-established with a menorah burning brightly, the Chair, Judah, seemed to become too power-hungry, repeatedly attacking neighbouring non-Judean cities. We can imagine that perhaps the Maccabean board did not moderate his behaviour, and under their leadership in-fighting was rife amongst the Judean community between moderates and Judean rebels. Judah eventually died in battle.

Nowadays, insufficient boardroom diversity on community organisations can limit the creativity of how funds are spent, and even which problems that are brought to the table, begging innovative solutions.  Controversial as it may sound, leadership diversity is the responsibility of all of us – those who are on boards and those who are not.

On the one hand, learning from the story of assimilation in the Channukah story which required bold action to rectify the problems, it is fundamental that community institutions have cultures that are authentically inviting for a range of leaders. That will often mean tapping different people on the shoulder who may not have previously considered joining a board, rather than waiting for a diversity of members to come forward.   In short, we need to invite people in.

On the other hand, to my peers in our 30’s and 40’s, many of whom have careers to nurture and families to support, it is worth considering that whilst this age group may not feel it, the reality is that this is our time. We know what we are doing and it’s time we do it. From this angle, we need to invite ourselves in rather than wait for someone to do it for us.

This year, on Channukah, as we repeatedly re-light the candles each night, with the Channukiah’s light growing increasingly stronger, what aspiration for our community organisations will fan the flames? How will we each “be the light” in possible darkness this year?

It’s always harder to make the decisions than it is to watch others do it. Moving into the secular new year, I call on my peers to say: this is our time.

About the Author
Adele Stowe-Lindner sits on the board of the Zionist Federation of Australia and is Vice-President of Kehilat Nitzan Masorti Synagogue in Melbourne, Australia. She has a Masters in Leadership, and has worked in the community sector, managing change, for over 20 years.
Related Topics
Related Posts
Adele Stowe-Lindner