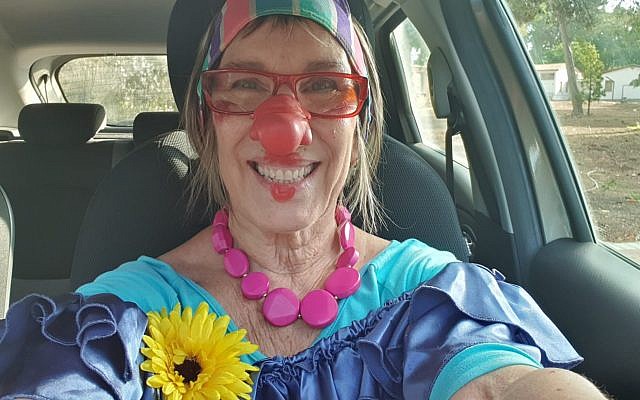 Between the trauma of our Two Day War, the concerns of the Corona virus, and the annoying constant buzz of election campaigning that has been achieving newer lows as each day passes, I received a phone call from a woman I had never met before. Hamorah (Teacher) Malka. She was given my name by Simchat HaLev, the clowning company I was trained by and volunteer for. Hamorah Malka called me two days ago, two days after rockets were exploding all around our region. She told me that she was in need of a clown to come and teach her and her colleague’s fourth graders in an elementary school in Sderot about medical clowning and the significance of volunteering.

So this morning, at the end of this week which was so hard that I would have been more than thrilled to wipe it off the calendar completely, I clowned up and went to a religious girls’ school to teach 60 4th grade girls about why volunteering in general, and clowning more specifically, is love. I was excited and nervous, because this was elbowing me out of my comfort zone. I’m a high school English teacher. Performing for 60 10-year-olds is not something I do every day. I whispered to myself a “here goes nothing” cheer, and took the dive into the deep end. 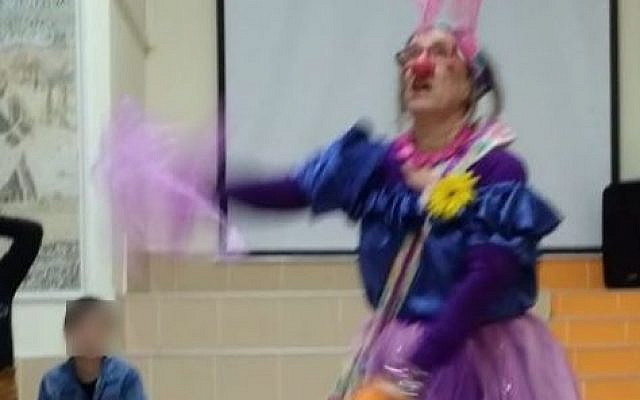 Never did learn how to juggle balls, but floaty, colorful kerchiefs fall just slowly enough for me to catch.

I told them that when I go to a hospital, and manage to put a smile on the face of a child who is sick and so scared and would rather be anyplace in the world but there, that I get filled with so much happiness, that I am the richest person in the world. I hope they got the message. They all left smiling. (They asked me how old I was- I told them 205 years old because that’s about how old I feel after this past week.)

Call me nuts, but as I see it, my medical clowning training isn’t only a blessing; it’s also a commitment. Sixty 4th graders – each and every one of whom had to run for her life numerous times at the beginning of the week. I couldn’t refuse. Could you have? It was a minor investment of only three hours of my life (including prep time, travel, and the time there). I left their school, boarded my clownmobile and drove home, along the border, armed with lots of love and the biggest bouquet of flowers EVAH for Shabbat. 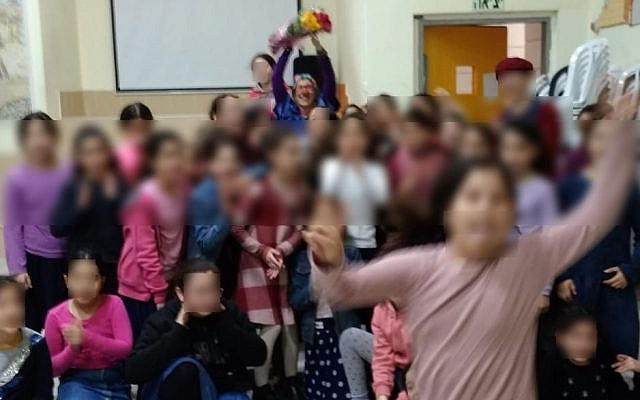