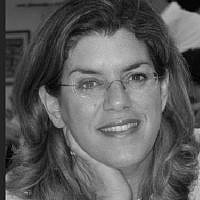 The Blogs
Shari Greenwald Mendes
Apply for a Blog
Please note that the posts on The Blogs are contributed by third parties. The opinions, facts and any media content in them are presented solely by the authors, and neither The Times of Israel nor its partners assume any responsibility for them. Please contact us in case of abuse. In case of abuse,
Report this post.

Based on an actual story.

It’s early February, 2020 and A., a 48 years old divorced mother of two, has been diagnosed with a fast-growing cancer. Her doctor informs her that she needs to start weekly treatments, immediately. She lives in the north, about an hour from Haifa, but there’s a direct bus she can take. Stories about the novel Covid 19 virus begin to appear on the evening news, but she’s distracted by her own worries.

She starts chemotherapy and it’s rough. She is hospitalized a few times with complications. She takes notice of Corona news now, but she’s feeling sick and exhausted and focuses only on getting through the day. The cancer ward at the hospital is as busy as ever and no one has suggested delaying her treatments due to this mysterious, very contagious new disease that is spreading like fire from country to country.

Soon Covid 19 cases are increasing in Israel and there’s talk of shutting down all public transportation. Being on a crowded bus is becoming too dangerous for her now anyway, in her weakened, immunocompromised state. She doesn’t have a car and a taxi to Haifa costs NIS 400 round trip! Eventually her health fund may reimburse half of the cost, but she has no way to find an extra NIS 1,200 a month. She has used up all of her sick pay from her cashier job at the supermarket. She begins to panic. Cancer doesn’t heed lockdowns.

And then, a miracle…

Her social worker tells her about the Israel Lemonade Fund, a charity that started funding private taxi rides for cancer patients as soon as there was a warning that it was dangerous for these patients to take public transport. The Lemonade Fund recognized immediately what an issue this would be for needy cancer patients.

On March 8th, amid pandemic hysteria and financial uncertainty, the Lemonade Fund launched its emergency taxi appeal and Israelis and Jews from all over the world, came through! Donations came in, quickly, to support these patients. Social Workers were notified of the new program via emails and whatsapp messages and the Lemonade Fund was giving taxi grants overnight.

The need, however, was greater than anticipated. The Lemonade Fund sought to expand its emergency Taxi grant program to include ALL cancer patients (normally assistance is limited to breast cancer patients) throughout the country. The Inbar and Marius Nacht Foundation generously provided funding, and in partnership with GETT Taxi, the TAXI RIDES FOR CANCER PATIENTS DURING CORONA CAMPAIGN was expanded to help all cancer patients.

By the end of May, more than 1000 taxi rides will have already been provided, AT NO COST, to indigent Israeli cancer patients. Thanks to this invaluable program, no cancer patient has had to miss his/her treatment during the Corona outbreak. The aim is to continue the program for as long as it is needed. Until there is a vaccine, public transportation will remain risky for some patients.

From a social worker at Soroka Hospital in Be’er sheva:

“Our patient is an elderly Russian immigrant from Arad with metastatic cancer who has no family to help him. He had no way to get to the hospital as taxis cost 200 NIS each way. Without this service he would have had to miss his treatment.”

A young boy with leukemia is hospitalized in isolation in Tel Aviv. His mother lives an hour away and cannot reach him without public transportation. The Lemonade Fund is arranging taxis for her so she can be with her son.

A Bedouin woman must get from her remote village to begin radiation treatments for breast cancer. The Lemonade Fund is arranging rides for her.

A pancreatic cancer patient from Eilat had to get to a hospital in the center of the country for a consultation which would allow him to transition from weekly radiation to treatments in pill form for the duration of Corona. Flying was out of the question. The Lemonade Fund arranged for a round trip ride in one day, so he could get to this appointment.

In addition, one good deed begets another…taxi drivers had more work, patients’ families who were not allowed to accompany their relatives during Corona knew that they could rely on dependable taxi drivers, social workers from oncology departments throughout the country got to know the Lemonade Fund (and each other!) better, a group of 20 volunteers from Ra’anana worked for 4 days straight in order to get the online application system up and running so it could work faster, and on and on….

We are not out of the woods. The Lemonade Fund saw a record number of applications for emergency financial assistance in May. Unemployment in Israel is as high as 25% and cancer patients in treatment remain at high risk and cannot return to work yet.This population was marginal prior to Corona. Their situation has only worsened.

But, miracles happen. It is no exaggeration to say that lives have been, and are continuing to be saved due to this extraordinary Taxi program (thanks to the Inbar and Marius Nacht Foundation, again…) and by the general financial assistance provided by the Lemonade Fund, especially during this difficult time.

As we emerge from our personal sheltering, we each know and have learned during this experience that nothing supersedes saving a life. Kol Yisrael Areivim zeh bazeh. All Jews are responsible for each other. Together, we have all helped to save lives. Thank you.

About the Author
Shari made aliya in 2003 from the US to Raanana with her husband, David (a surgeon), and 4 children. She runs a private architecture practice and has created a charity to help indigent Israeli breast cancer patients with emergency financial aid (www.lemonadefund.org) in 2011 after having breast cancer herself in 2010. The Israel Lemonade Fund has given more than NIS 1,000,000 in grants since its inception.
Related Topics
Related Posts
Comments