End the Wars of the Jews against Jews

Discrimination of Jews by Jews is in the spotlight in Israel right now. But that has been ongoing since the establishment of the State of Israel and not only “Polish or Romanian white” against “Yemen or Ethiopian black” Jews. It is also between Jews from neighboring countries such as Polish against Romanian or Bulgarian against Hungarian Jews. The war is between those who think they are better than the others.

No governmental body can cause individuals to teach their children to accept other ethnicities as equal and respect them as brothers, even when all are Jews equal members of the Jewish nation.

The headline of few days ago, “Ethiopian-Israeli soldier Damas Pakada’s beating aroused national shock and sympathy. But the incident will have been for nothing if we don’t take it as an opportunity to remember our own immigrant roots, and act accordingly.

Israel has on the book the Law of Return according to which each Jew who chooses to make Israel his homeland is welcome. However, from the time when David Ben Gurion was the Prime Minister of Israel discrimination of Jews by Jews was in effect in the nascent Jewish state. I remember as a child growing in Israel how denigrated were the Jews who arrived to the land from the Arab and North Africa countries. These Jews, who were expelled from lands, where they lived for centuries, were settled by the Israeli government in the periphery, the remote corners of the land and were given second class education and living conditions. Growing up, my Polish-Jew mother warned me, “Do not date and bring home a Sephardic boy.” I never understood why.

In the last decade the accusation that Israel is an Apartheid state has grown and no matter what is said, explained or proven, calling Israel an Apartheid state has become the discourse on many world’s street. Now we see it in real time. Dark skin Ethiopian Jews are protesting violently in Israeli cities for being discriminated and marginalized.

I decided to check this issue out, first hand, when I met Medi Tesfay, a very attractive, observant Ethiopian lady who lives in my neighborhood and whom I met at the synagogue I attend services. We set down to a conversation and an interview. 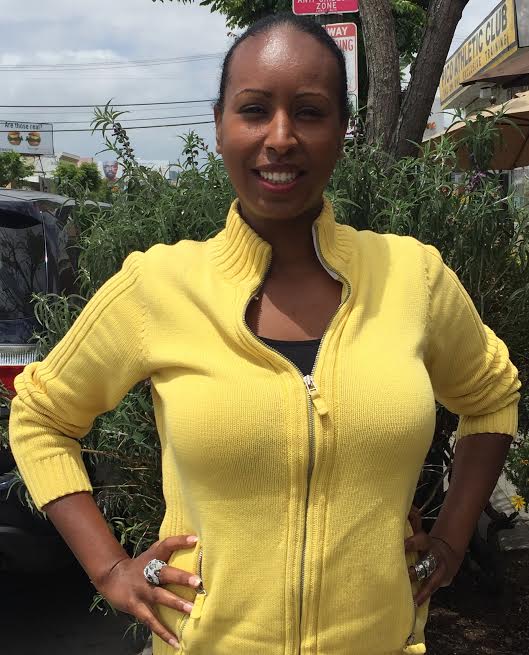 Medi was born in Southern Ethiopia. Her father was a truck driver and her mother a home maker who took care of her four children. In 1994, at the age of nine, Medi arrived to Israel with first Operation Moses wave. She started her life in Israel during the Gulf War, in Romema, Haifa, Absorption Center. The family arrived without the command of the Hebrew language or familiarity with the Israeli ethos and mentality. After two years of going through their acclimatization, the family moved and settled in Ashdod, where their entire family already lived. Her grandmother’s dream came true: to live in the holy land with her entire family. “Now I can die peacefully,” she used to say.

Medi attended elementary school in Ashdod and high school in Ramat-Gan, which she graduated with honors. National Service followed thereafter in which she served for one year as an instructor for children from distressed homes.

Keeping Jewish tradition from home, Medi continued learning and attended the female Yeshiva Nishmat, The Jeanie Schottenstein Center for Advanced Torah Study for Women. From there she joined the working force till she was accepted and then attended the Ono Academic College and graduated with a degree in business administration.

While studying, Medi also worked as Community Manager, especially with youths. She guided young new immigrants how to integrate into the Israeli society and helped them to close social gaps, serving as an example with the help of their parents. The results were positive because she was just like them, a fairly new immigrant. “The job satisfaction was amazing,” she smiles.

“Why did you leave for the USA”, I asked.

Medi: “Because of discrimination. I was submitting my CV in order to get a job and they told me that they call me but they never called.”
“What is this all about, the eruption of the Ethiopian community accusing of discrimination?” I brought up the subject.

Medi: “The explosion of now is not new. It has been under and above surface for years. The Ethiopian community is known to be quiet, mannered and respectful of others. And very Zionist, ready to die for Israel, always see themselves as Israelis, for good or bad, ready to serve in the military.”

“Before I was even born we were always in the process of arriving to Israel,” Medi expresses the Ethiopian Jews’ connection to Israel.

“So what is the problem we are seeing?” I asked.

Medi: “It is the Israeli establishment. Instead of integrating the immigrants in the appropriate frameworks, they are settled in ghettos, separating the Ethiopian community from the Israeli, physically and mentally.”

“What takes place in these ghettos?” I asked.

Medi: “”The community is stagnant and is not developing and problems emerge. They go backward without a possibility to move on.”
“What do you suggest?” I asked.

Medi: “Those who break the law, behave wrong, like a teacher who expresses racism, must be punished. Budget must be allocated to finance rapid integration in schools, rather than creating ghettos and teach that each skin color is equal among equals.”

“Why are you here instead of in Israel where you can help along your ideas?” I asked again.

Medi: “I first want to succeed and set an example that you can succeed anywhere and it’s not about your skin color, but the ability of the person.”

Medi has been living in the USA for four and a half years. She has been working to survive and next is to have a career in the field that is to her liking. If she is not to return to Israel she is determine to help her community in Israel from here. 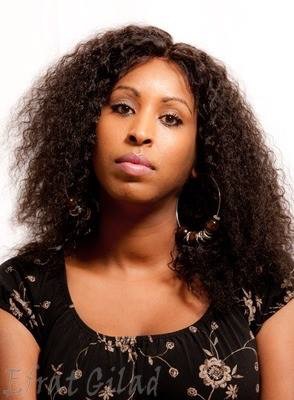 “You lived there and here, what is your message?” I asked.

Medi: “My message is clear: no color, no Ashkenazi, no Sephardic. We are only one nation in the world. What unites us is the Hebrew language, our state, the only one, and the Torah and with that we need to serve as light unto the nations. In unity we can change everything. Ultimately, we are all Jews, all positive, all good. In Ethiopia we suffered because we were Jews and Zionists. Until the 19th century, until they invented the high-speed communications, the Ethiopian community was sure there were no more Jews in the world. For that they maintained their Judaism zealously and lived in remote villages where they were freer to keep Judaism ongoing. Persecuted for 2,000 years they prayed to be in the Land of Israel. Now when we arrived to the holy state we got a slap in our face and it’s frustrating.”

It is impossible to maintain a cohesive, liberal Jewish society without basic tolerance of the differences between its members.
In the 50s-60s it was the Ashkenazi versus the Sephardic Jews. Is it now the Ethiopian Jews versus the rest of the Jewish State?

The declarations, the cries, the denial will not help. The right act and behavior will. I doubt the accountability of the government of Israel, of all its branches and institutes, to do right by all its citizens. I therefor challenge them to prove me wrong.