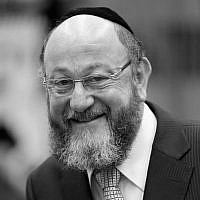 The Blogs
Ephraim Mirvis
Apply for a Blog
Please note that the posts on The Blogs are contributed by third parties. The opinions, facts and any media content in them are presented solely by the authors, and neither The Times of Israel nor its partners assume any responsibility for them. Please contact us in case of abuse. In case of abuse,
Report this post. 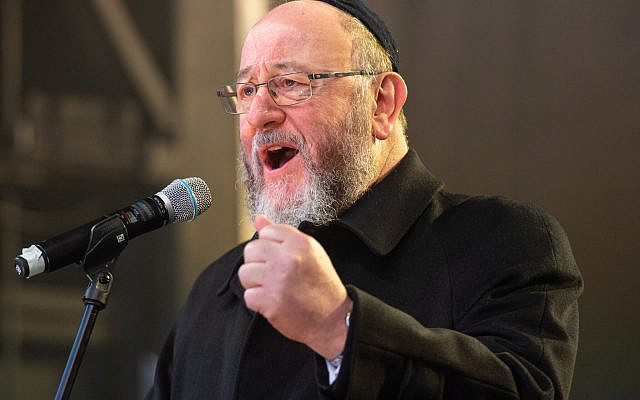 You may never have heard of David Berger. Today I ask you to commit his name to memory.

He was born nearly a hundred years ago, but his life would be relatable to many teenagers of today. He was involved with his local Zionist youth movement and travelled from his home in Przemysl, south-east Poland, to join with other like-minded young Jewish groups. He was hoping to make aliyah, to join his girlfriend Elza Gross, with whom he exchanged letters and photos by post.

Yet none of that mattered to the Nazis, who shot him in 1941 because he was a Jew.

I mention David because of something he wrote in his final postcard: “I would want there to be somebody who would remember that someone by the name of David Berger had once lived.”

Berger’s murderer probably never knew his name: seeing him as a young man with a family, friends and dreams would have made him seem human. The Shoah was made possible because of a culture of dehumanisation.

Astonishingly, after just 75 years, echoes of this culture are now heard within social and political discourse across the world, including places where freedom and equality of opportunity were once sacrosanct.

Genocide is not only perpetrated by demons or monsters, but by ordinary people – fathers, mothers, sisters and brothers – who allow themselves to commit the most heinous acts of evil. It is a terrible flaw in human nature that, over time, the innate compassion for others with which we are all born can be eroded by relentless demonisation.

When it became accepted that Jews were culturally (and even genetically) predisposed to greed and manipulation; when those lies were reinforced by the media and ‘experts’; when bystanders were derided in social and professional contexts for disagreeing. Eventually, the perception became reality. Jews became outcasts, lower forms of life.

Tragically, the lessons of the Shoah have not been adequately learned. Just as the Nazis had portrayed the Jews as vermin, responsible for all of Germany’s problems, Hutu leaders used the media to characterise the Tutsi minority as inyenzi (cockroaches) and inzoka (snakes).

The Bosnian Serb leadership portrayed the Muslim Bosniak population as sub-human ‘invaders’ of whom they needed to be free, for the greater good of the nation.

A glance at the media makes clear that we have not only failed to learn from the mistakes of history – we are making them all over again. Politicians and commentators talk about them and us and  call on the electorate to pick a side.

It is no longer enough to disagree. Instead, our social and political discourse has become characterised by tribalism, personal insults, violent imagery and name-calling.

Alarm bells should ring for us when some are emboldened to threaten and commit acts of violence against public servants, when people are attacked in places of worship, when cemeteries are desecrated and buildings defaced. Now is the time to act to stop the polarisation and extremism.

We must honour David Berger’s final wish by remembering him, not just as one of six million victims, but as a young man who was denied the opportunity to make a contribution of greater value to the world.

However, there is something further that we must do. The antidote to dehumanisation is to seek out the humanity in everyone, even those with whom we might have the most profound disagreements.

Let our tribute to the victims of the Shoah and, indeed to all victims of genocide, be to never again fall into the trap of dehumanising others.

Let each and every one of us commit to actively reaching out to those who might otherwise be considered ‘the other’ and to build bridges based on our common humanity.