Quite ironically, 10 days before the liberation, on January 17, 1945, the Soviet military, in Debrecen, Hungary, arrested Raoul Wallenberg, the Swedish diplomat who had saved tens of thousands of Jewish lives since his arrival in Budapest, on July 9, 1945. Since his inexplicable abduction, the 32-year old Swede vanished from the face of the earth and was most likely executed following Stalin’s orders.

The intention of the UN was to create a universal day to commemorate one of the darkest chapters of humankind, which resulted in the deaths of 6 million Jews and some 11 million others by the Nazi regime and its henchmen.

Since then, January 27 is observed by numerous countries and organizations. Last year, for instance, in the very beginning of the Coronavirus pandemic, the day was commemorated in Jerusalem, under the auspices of the World Holocaust Forum Foundation, Yad Vashem and at the invitation of President Reuven Rivlin. This unprecedented gathering was attended by over 50 members of royalty, heads of state, prime ministers and parliamentary leaders from all around the world. 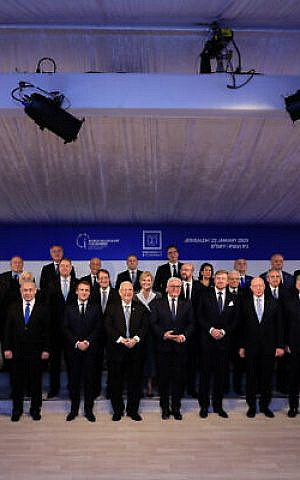 In line with its “positive pedagogy” approach, the International Raoul Wallenberg Foundation commemorates this day celebrating the awe-inspiring courage of the rescuers, thousands of women and men who opted not to stand idly by but rather reached out to those in need.

In this context, two years ago, on January 27, 2019, our NGO dispatched a small delegation to Tirana, the capital of Albania, to proclaim the whole country as a House of Life.  Few people know that this little country in the Balkans is the only one, which, under Nazi occupation, ended-up WWII with more Jews than it had before the outbreak of the war. The reason is simple: The Albanians not only gave shelter to the local Jews but also to Jewish refugees who entered Albania from neighbouring countries. Even government politicians and officials who obeyed German orders joined the common people in spontaneous efforts to protect the persecuted ones. This noble nation acted according to BESA, a sacred Albanian principle of honour, which translated into an unwavering commitment towards guests.  In light of this unprecedented collective feat, Albania has become the first and only country in the world to be declared a House of Life. 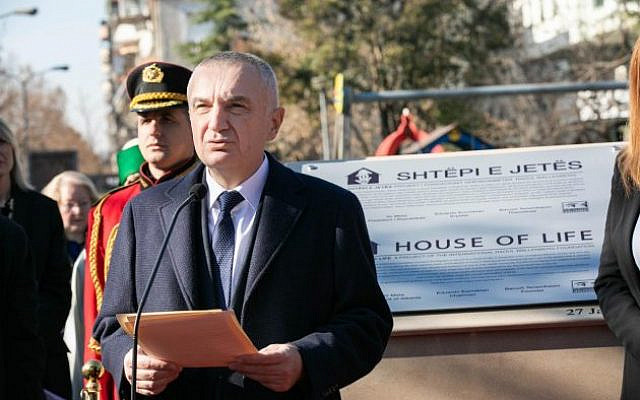 President Ilir Meta of Albania, at the House of Life Inauguration Ceremony
Photo Credit: Office of the President of Albania

The Houses of Life project was launched in 2014. Its objective is to identify and mark those sites that gave shelter to the victims of the Nazi persecution. Most of the latter were children, left by their parents in safe places, before deportation. Since its inception, the Wallenberg Foundation managed to locate more than 500 Houses of Life in Italy, France, Belgium, Poland, Hungary, Denmark, the Netherlands, Greece and Albania and the ambitious program will affix a distinctive plaque or monument in each site, so that tourists and visitors can learn about the feats that took place behind the walls of those buildings.

One of the startling findings of the Houses of Life initiative is that the overwhelming majority of sheltering sites were churches, convents, monasteries and schools pertaining to the Catholic Church. This fact leads to the impression that the Catholic Church has played a significant and well-orchestrated role in the life-saving efforts. What remains to be seen is the degree of the involvement of the Vatican leaders, particularly of Pope Pius XII, who has many detractors due to his perceived passiveness and silence when it came to speak-out for the victims of the Nazi massacres.  His supporters, in turn, believe that he acted behind the scenes, trying to save as many lives as possible, fearing that his vocal protest would generate a backlash.

Last March, Pope Francis opened the Vatican wartime archives. One would hope that the researchers will have full and unfettered access to all the relevant historical documents and this might shed light into the role played by the said Pontiff.

Quite understandably, the ongoing health crisis has delayed the pace of work of the scholars but some initial findings by the renowned German historian, Prof. Hubert Wolf, seem to indicate that early on in the war, Pope Pius XII knew the Nazis were massacring Jews and nonetheless, he opted to withhold this precious information from the Allies.

As far as the concerted efforts by the Church to hide and save the lives of Jewish children in their institutions, the archives might clarify the degree of Pius XII intervention in the sheltering of Jews. Was he just turning a blind eye? Or did he give explicit instructions to save the persecuted ones?

Another interesting question is whether the Catholic Church acted out of sheer solidarity or was there an ulterior motive, such as the intention to bring Jewish children closer to the Christian faith?

To be sure, many of the Jewish children had been baptized (perhaps to offer them an additional layer of protection?), but their baptism was sometimes used by the Church in several custody disputes after the war, largely known as the “Jewish Orphans Controversy”.

In other words, the Church was reluctant to hand over the Jewish children to their parents or relatives after the war, and some historians believe that Pope Pius XII was behind this stance.

I also hope the Archives will shed more light on another monumental figure, Angelo Roncalli (later Pope John XXIII). During the Holocaust, he was the Apostolic Delegate in Istanbul and as such, he had a close relationship with Haim Barlas, who headed there the offices of the Committee for the Rescue of the Jews of the Jewish Agency.

From Barlas and other sources, we learned of Roncalli’s efforts to save Jews. This was meticulously detailed in the Wallenberg’s Foundation Roncalli Dossier, submitted to Yad Vashem in early 2011, with a request to recognize Roncalli as Righteous among the Nations. Alas, the Israel Holocaust Authority declined our petition, alluding that “Roncalli’s employment had not been terminated, nor was he reprimanded or admonished“.

There are some pieces of evidence that Roncalli might have also played an instrumental role in the Jewish Orphans Controversy, supporting the claims of the biological families, but this issue warrants further investigation and perhaps the answers can be found in the post-war archives of the Vatican.

This January 27, 76 years after the liberation of Auschwitz-Birkenau, I reflect upon the tragedy of my sisters and brothers in the dark days of the Shoah, but I also remember the breathtaking courage and humanity of people like Raoul Wallenberg and Angelo Roncalli, who made a great difference. We owe them an eternal debt of gratitude.