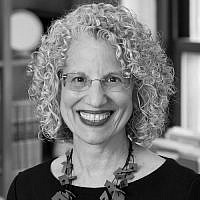 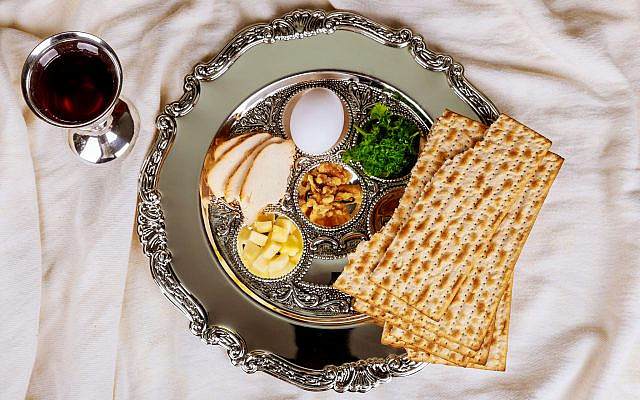 Though it’s hard to recognize it today given the variety of kosher-for-Passover food that’s readily available, Pesah at its core is a holiday of simplicity. Nothing symbolizes this more clearly than the unleavened bread (matzah) that we eat, or the narrative of slavery to freedom that we reenact. But there are rituals embedded in the Seder that complicate our feelings: dipping our pinky in the wine to take out several drops when we recite the 10 plagues, and dipping the maror into the haroset before eating them together. The first tempers the unalloyed joy of liberation with an awareness that it comes at the expense of another’s sorrow; the latter tempers life’s bitter moments with the sweet taste of better times to come.

The first ritual evokes in us a sense of empathy for the Egyptians who lost their lives when the Israelites gained their freedom. The second ritual guards against self-pity, giving us the chance to taste the sweetness that will eventually mitigate the bitterness. Ironically, each ritual serves to “leaven” our state of being, even as we prepare to eat the “unleavened” bread.

Sadly, in recent years, we’ve seen less of this leavening agent in societal discourse. Just last week, Knesset Member Idit Silman resigned due to a ruling by Israel’s highest court that hospitals must allow people to bring in food that is not kosher for Passover, even though hospitals themselves discourage this practice and serve only kosher-for-Passover food. As Silman explained, “I will not abet the harming of the Jewish identity of the State of Israel and the people of Israel.”

Silman’s position reflects a refusal to consider the merit of views, traditions, and practices other than her own. What struck me is the way she construed this issue as black and white. If you allow hametz in hospitals, you harm the Jewish identity of the State and people of Israel. When we dig our heels into set positions, it’s difficult to bridge the gaps that invariably exist between ourselves and others. Only by eschewing binaries can we have the kind of thoughtful dialogue that steers us toward deeper understanding.

Tzedek Chicago voted to become an affirmatively “anti-Zionist” synagogue. They explain that they hold this value because “the creation of an ethnic Jewish nation state in historic Palestine resulted in an injustice against the Palestinian people – an injustice that continues to this day.”

Tzedek Chicago focuses on the ways in which Israel falls short of its ideals of justice. In doing so, it seems that they are unable to also appreciate Israel’s strengths and gifts to its inhabitants and to the Jewish people as a whole. Shutting out an important part of the Jewish narrative, they prefer no Jewish State to an imperfect one.

Like the flat matzah we eat on Pesah, both Idit Silman’s position and that of Tzedek Chicago flatten the discourse on current issues, ignoring the Seder’s modeling of a nuanced approach to real-life challenges. Part of the journey from slavery to nationhood involves developing the ability to look at the world around us through multiple lenses, to understand situations from perspectives other than our own, and to draw lessons that might complicate but also enrich our own positions.

The Exodus story is not only a moment of triumph but also a moment of sadness and difficulty. The Israelites were filled with gratitude for their liberation, but with simultaneous regret over having given up the reliable food and water to which they had grown accustomed.

To be sure, not all positions are just or morally equivalent, and we must not shy away from calling out injustice. Yet in our day, it’s become commonplace to view the world in polarities. We feel certain that the righteousness of our views trumps all others, and that solutions to societal problems are either “right” or “wrong,” with no room for subtlety. It’s hard to think about issues in ways that are nuanced and open-minded – it takes a critical mind, discipline, steadfastness, and commitment, as well as a generosity of spirit towards others, qualities that JTS as an educational and religious institution strives to model and foster for its students: actively entertaining views other than our own and being open to embracing more than one approach to achieving our ultimate goals.

Pesah reminds us in several ways that we must endeavor to consider other perspectives, and that we ought to do so with humility and open minds. We temper the painful feelings of our ancestors’ enslavement with the sweetness of haroset – perhaps recognizing that the Israelite slaves also experienced the joy of new life, courage and love even amidst their bitter lot, and that they dared hope for the sweetness of redemption even in their most despairing moments. We temper our joy at the Israelites’ liberation by knowing that it came at the expense of others’ pain, and that the story of our liberation is also the story of our covenant with God to do justice and respect all people, Jews and gentiles alike. Inevitably, our actions will fall short, but we must continue to strive to live up to our ideals, without endangering ourselves again in the process.

A sense of humility can save us from ourselves, for who knows from whom we might gain insight and understanding, the fresh eyes that can leaven our thinking and expand our sense of empathy.

About the Author
Dr. Shuly Rubin Schwartz is Chancellor of The Jewish Theological Seminary.
Comments