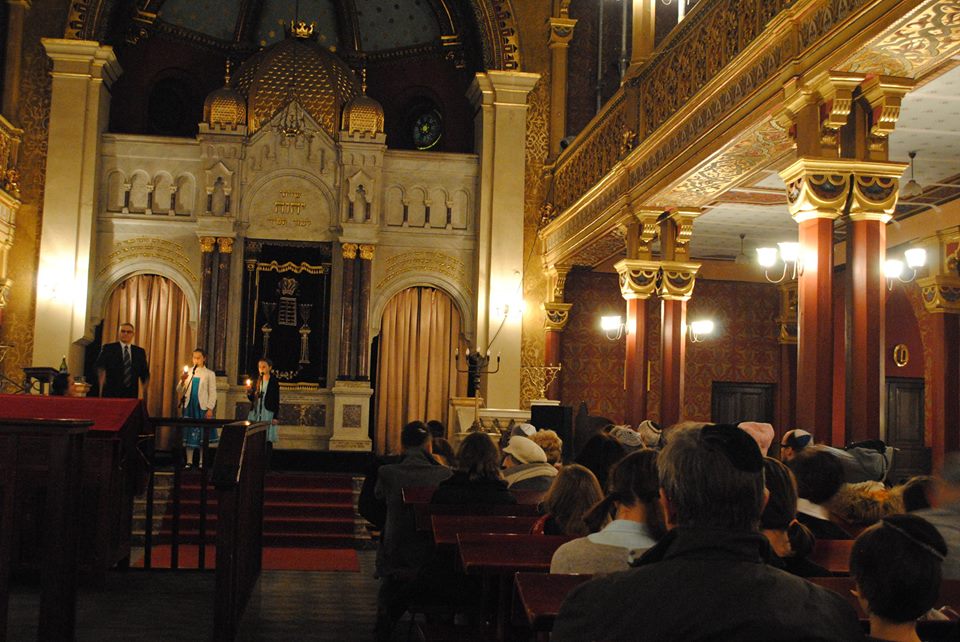 I’ve searched the archives and have not found a precedent for a double Bat Mitzvah in Krakow—ever! It is not unusual since the concept of a Bat Mitzvah is relatively new, occurring mostly in the second half of the 20th century starting originally in Europe but quickly moving to America becoming accepted practice for all young Jewish girls (excluding perhaps ultra-Orthodox). It is understandable how this common celebration has never taken place, considering that Krakow was liquidated of its 60,000 Jews during the Holocaust and even though there still existed a small Jewish community during the Communist regime from 1945-1990, public displays of religion were rare as anti-Semitism was rampant.

In the past 20 years, however, things have changed in Krakow. Today there is a thriving (yet still small) Jewish community consisting of Holocaust survivors who can once again practice their Judaism publicly, as well as many young Poles who recently discovered their Jewish roots. The JCC in Krakow is a center of Jewish activity with over 100,000 tourists coming each year to witness Jewish life once again.

And when we speak of Jewish life we include life events such as weddings, circumcisions, and of course Bar and Bat Mitzvahs. Dasza and Mesia Makosz were the first twins to experience this special event and I worked together with their Mom, Perl, to find a perfect program which would honor this wonderful event and bring the entire community together. 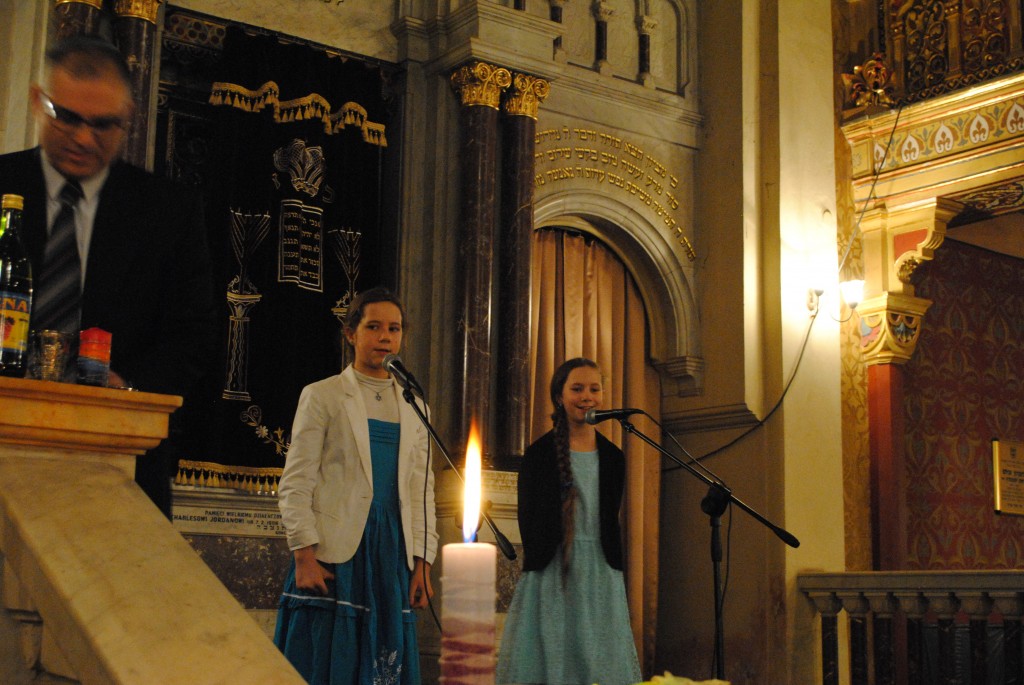 Our first meeting was over a year ago as Perl and I realized that the first step towards a Bat Mitzvah was through study of Judaism. We began special classes every Sunday, learning all about the fundamentals of Judaism, their favourite Jewish concepts as well as focusing on the meaning and practice of Havdalah, as we decided that the Bat Mitzvah would take place on Saturday night after Shabbat.

The setting was the beautiful Tempel Synagogue, a relative newcomer to the Synagogue landscape in Krakow, having been erected in 1861 (the oldest Synagogue dates to the 15th century). The Synagogue’s last rabbi Ozjasz Thon was a fiery modern leader in Krakow up to his passing in 1936. An ardent Zionist, he met with Herzl during the latter’s campaign for a Jewish homeland.

We in Krakow are fortunate to have a positive relationship among the two Orthodox rabbis, myself, an emissary of Shavei Israel, and the Chabad Shaliach, Rabbi Eliezer Gurary. Together we pray every Shabbat and we have started a kollel for daily learning. I asked Rabbi Gurary to begin the simcha by discussing the importance of Havdalah for Israel as it separates the holiness of Shabbat from the rest of the week. 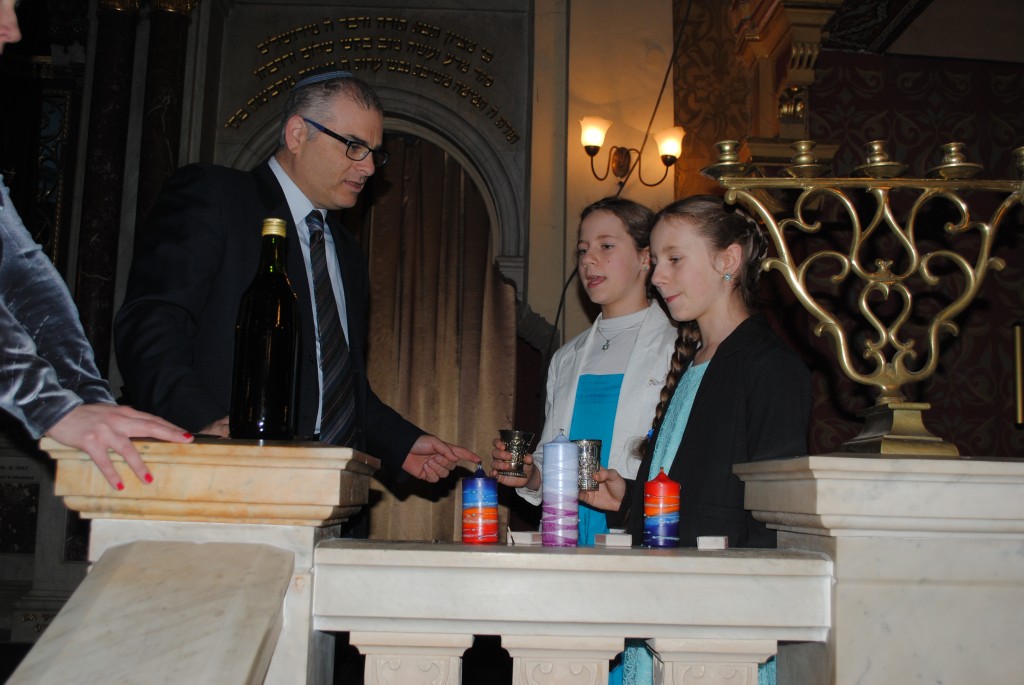 Dasza and Mesia both sang the Havdalah beautifully and shared a holy moment in front of the Ark as they recited the Shema together with the community. I spoke about the historic moment for these young women and the responsibility it affords them to go out and become great Jewish leaders in Israel.  I mentioned a few examples of righteous women who have had an impact on Judaism in Poland culminating with the heroic efforts of Sarah Shenirer. 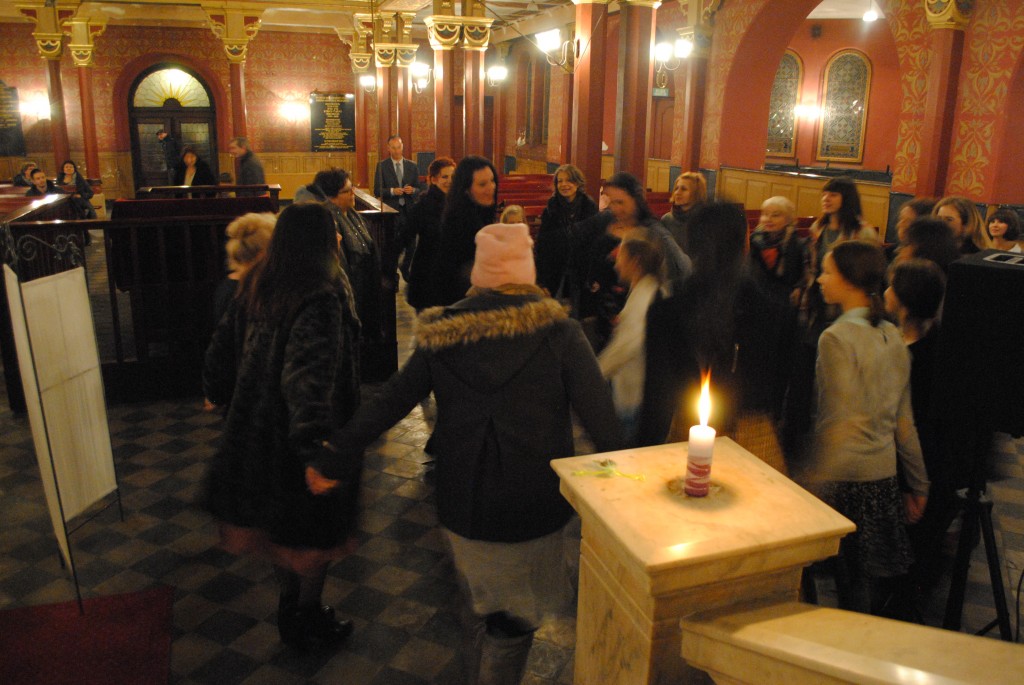 After some dancing and of course opening of some presents all guests were welcomed to the JCC who graciously hosted the simcha. Jonathan Ornstein, the Director, sees it as part of the JCC’s mission to celebrate the milestone of these young women as a harbinger for many simchas to follow. As the JCC embarks on a project it believes will ensure a Jewish future in Krakow, the first Jewish Jewish pluralistic kindergarten since the Holocaust, called ‘Frajda’ (joy), the membership keeps rising and the feeling in the center is optimistic. 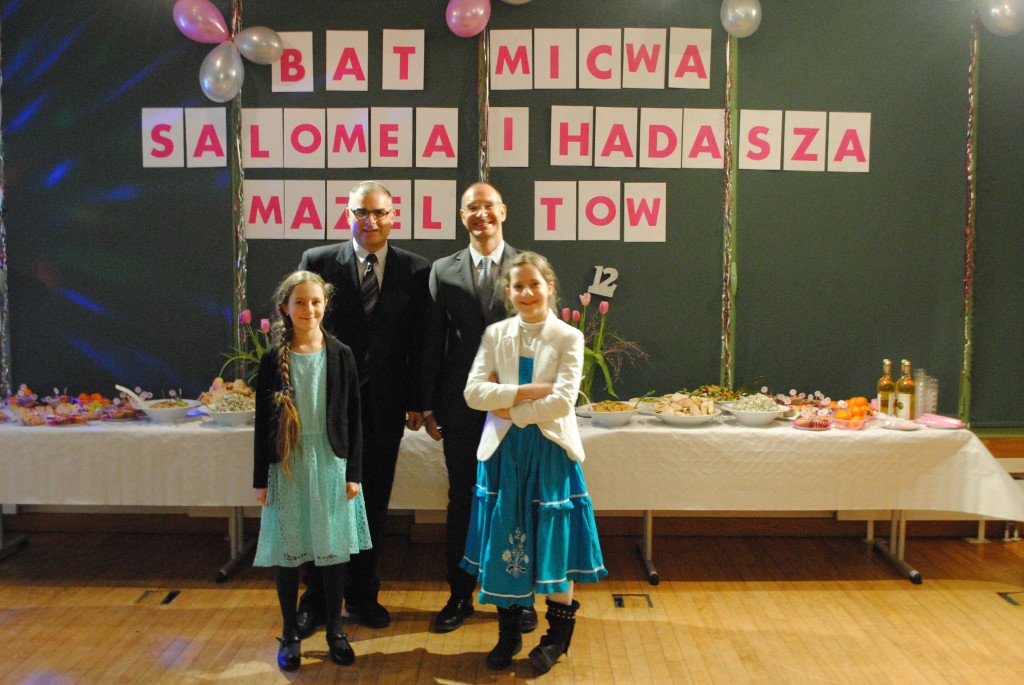 I know that Krakow will not return to the glorious heyday of Jewish life as it was in the 16th century but I am inspired by those like Perl and her girls who are proud Jews, interested in studying what it means to be Jewish and ready to take upon themselves the crown of mitzvot to bring Krakow’s Jewish community into the 21st century.