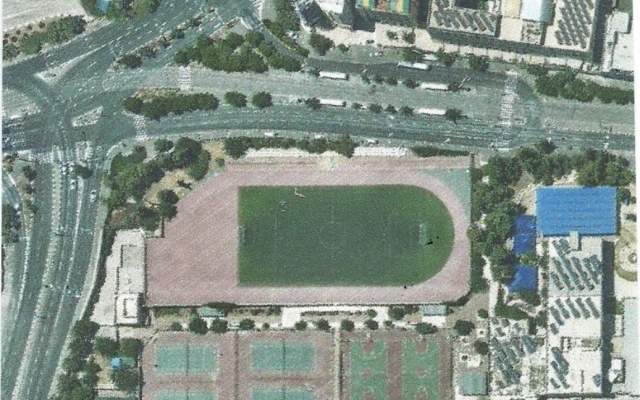 The Jerusalem municipality’s planning department’s decision to situate a fenced football field and underground water reservoir on Herzl Boulevard in Beit Hakerem goes far beyond faulty judgment and reasoning, falling in the area of gross stupidity

The land, covering an area of more than ten dunams, owned by the municipality and slated for public use, which this football field takes up, is strategically located and extremely valuable, every square meter worth thousands of dollars. Its urban context includes Herzl Boulevard, an arterial road and major public transport corridor with the Yefe Nof light-rail station and 18 bus lines directly opposite along with Yad Sarah’s national headquarters. Shaarei Zedek Medical Center is to its southwest. Sites of national importance, Mount Herzl’s military cemetery within walking distance, Yad Vashem, just one light- rail station away. Ziv High School is just next door.

Deserted most hours of the day, year-round, this site is one of the keys to the proper and logical development of the entire superblock defined by Herzl Boulevard, Aharonov, Avizohar and Byte streets it is part of. The existing situation is absolutely unacceptable in the long-term.

Greatly complicating the possibility of correcting this major planning blunder by the municipality is the large water reservoir of almost six dunams in an area that has been constructed under the football field, which is served by an ugly pumping station buried next to the major Byte Street intersection. Adjacent and parallel to Byte Street, a service road accesses the pumping station taking up an additional dunam. A narrow sidewalk along Herzl Boulevard completes the picture.

This enormous, thoughtless and incredible mess created by Jerusalem municipality was designed and approved for construction as if this key property were on the moon.

Unforgivable is the municipality’s planning department’s stubborn defense of their decision over a period of many years, refusing even to address their error, issuing instructions to architects they contracted to design the so-called Beit Hakerem neighborhood Master Plan and the superblock site to simply ignore the matter entirely.

How might we extricate the Beit Hakerem neighborhood and the city from this absurd and unacceptable situation?

Proposed is the following; Relocate the reservoir, which would be enlarged under a proposed public park to the southeast, its pumping station situated under a new building along Byte Street. Relocating the reservoir under Mount Herzl’s open parking lot is another alternative to be investigated. Costly excavation will thus be unnecessary. Fully exploit the cleared underground area of the reservoir, part of which will serve a park and ride garage accessed from Byte Street and adjacent to Herzl Boulevard’s important public transport node. Create a green public square on Herzl Boulevard defined by two new buildings of significant and economic volume with commercial arcades surrounding the square, residential, public facilities and office space on their upper floors.

Clearly mandated are major reforms to the municipality’s critically important planning department which has been mismanaged over so many years. Such blatant incompetence cannot any longer be tolerated. Those who took the ludicrous decision to situate the football field and underground water reservoir here, along with those who continue to defend it, must be shown the door. Of the utmost importance is that key posts be filled by truly competent planning professionals.

The present City Engineer, Yoel Even, a former project manager at Moriah Corporation and a civil engineer, hasn’t the qualifications to judge urban design. The same holds true for the head of the City Planning Department, a graduate of a faculty of geography, trained in quantitative analysis alone. Jerusalem deserves far better.

It is high time the municipality adopts the standards of cities such as Paris, Barcelona and Amsterdam. A prerequisite for the post of “City Engineer”, a misnomer if there ever was one, and head of the City Planning Department must be at least a Master of Urban Design degree held by top-flight practitioners.

Mayor Moshe Leon – Are you there?