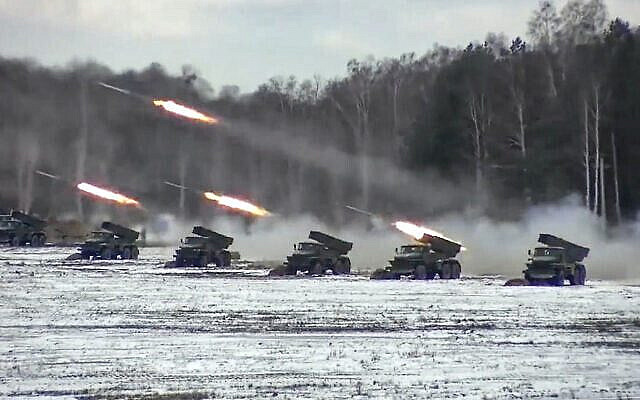 War (With thanks to The Times of Israel)

Dear Reader,
Before you read this blog you must fill out (American readers), or fill in (English readers), this questionnaire that is intended for your safety. Make sure you fill it up.
1. Have you, or anyone close to you, seen the latest Covid regulations?
2. How did you know that they were the latest regulations?
3. Did you understand the regulations?
4. How did you know that you had understood the regulations?
5. If you caught Covid, would you mask your face or your feelings?
6. You see an incoming Russian invasion, do you call President Biden or your travel agent?

And now for the blog.
It is sad watching the downfall of a once-great superpower – the United States of America. As Russian tanks pour into Ukraine, the US President, I forget his name, made a half-hearted attempt to reassure the world that the US will “do something”. But he made it very clear that no U.S. military forces will be sent to Ukraine; American soldiers are too valuable to be sent into a war zone.

He has threatened Russia with dire consequences, perhaps going as far as stopping the sales of Coca Cola. President Putin is reported to have dismissed this warning – We are all tanked up, he said. He is right, Russia has around three times the number of American tanks and a greater willingness to use them.

When World War I broke out in 1914, President Woodrow Wilson announced that the United States would remain neutral and watch while Europe burned. The U.S. only entered the conflict in 1917.

The U.S. has a long history of leaving allies in the lurch. They were content to watch World War II unfold from the comfort of their homes until the Japanese made the mistake of destroying a few American warships that were dozing peacefully in Pearl Harbour.

The South Vietnamese learnt the value of America’s backing in 1973 when its troops fled Saigon. As the Viet Cong swept, unopposed, into Saigon the U.S. abandoned its embassy and evacuated some 7,000 Americans and other foreign nationals by helicopter from the embassy roof.

Almost identical scenes of chaos were seen just last year as America fled Afghanistan. The poorly armed Taliban forces captured more than 300,000 light arms, 26,000 heavy weapons and some 61,000 military vehicles from the Afghanistan armed forces and their US allies.

Back in 1982, with the United Kingdom’s Falkland Islands coming under attack from Argentina, America chose to stay away from the conflict. Although the U.S. and the UK were in an alliance, the U.S. felt that the islands were not in an important position and their loss would not have much impact on the US. Certainly not worth getting their hands dirty just to help an ally.

The United States of America – definitely a fair-weather friend.